Nature is the focus of “Follow your instincts”, the Deputación de Pontevedra’s new tourist promotion

The actress Celia Freijeiro is the image of the official video and will lead the campaign’s presentation in Fitur along with the president, Carmela Silva
17/01/2020 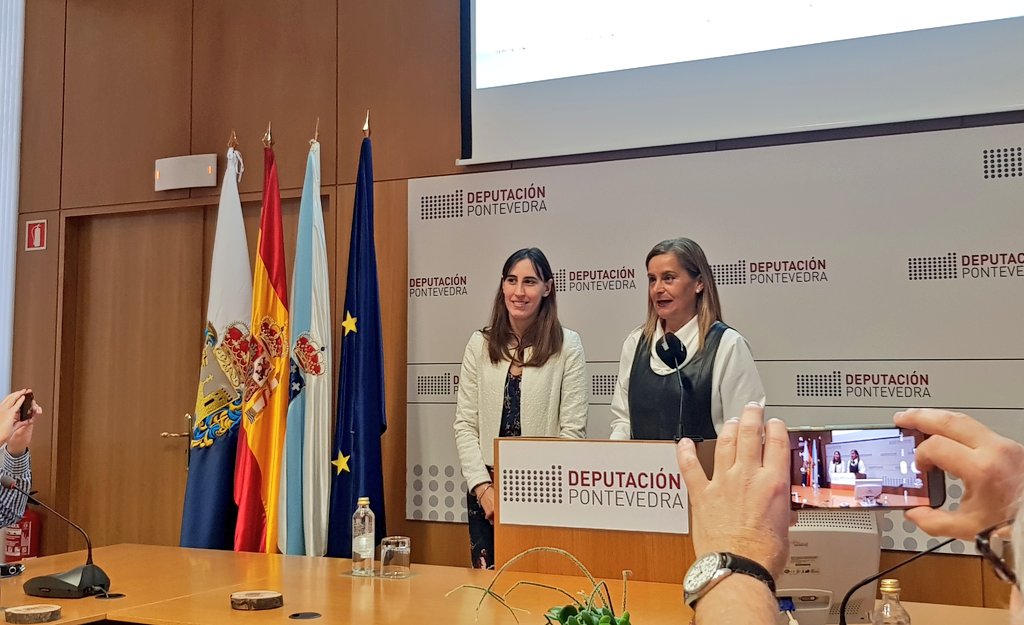 “Sigue o teu instinto”, namely “Follow your instincts”, is the slogan of the advertising campaign that the Deputación de Pontevedra will use to promote the Rías Baixas destination throughout the year. The campaign will be focused on the natural value of every region in the province of Pontevedra and will feature Celia Freijeiro, a popular actress born in Vigo, who will also lead the campaign’s launch event in Fitur, the International Tourism Fair in Madrid.

“We have an invaluable natural richness that constitutes one of the essential elements of the heritage in our province”, explained the president of the Deputación, Carmela Silva, in the conference press given this morning to present “Follow your instincts”. The campaign will be officially launched next Thursday at 12.30 pm in Fitur, the main international showcase of the tourism sector in Spain. The official video for the campaign features Celia Freijeiro, a Galician actress member of the main cast of Vida perfecta—winner of Best Comedy Series in the Spain-based Feroz Awards—, among other jobs for cinema and TV such as El comisario, Todo es silencio and La playa de los ahogados.

Other relevant figures—namely ambassadors of As Rías Baixas—will also attend the presentation in Fitur, which will have an avant-garde staging, as was revealed by Carmela Silva. In addition to the official video, two more audiovisual pieces will be shown at the fair—one of them featuring elite athletes from the province of Pontevedra and the other one describing the manufacturing process of the present that will be given to the audience that attends the presentation event at Fitur. The audiovisual production was carried out by Esmerarte company. “The videos are absolutely wonderful. Vivacious but close and personal, reaching the deepest part of the soul and based on emotions, that capture you and tell real, meaningful stories”, declared the president of the Deputación.

A preview of the official video was released at the press conference featuring several pictures of As Rías Baixas. In the video, Celia Freijeiro explained that “we all are part of nature, and there are some places that allow you to remind this”. In total, the work has been recorded in 28 different spots, including every region in the province of Pontevedra.

“‘Follow your instincts’ is an invitation to stop and look, to listen to what our body wants us to do and let ourselves go, to look inside ourselves and get in touch with our wildest side, with nature, with our roots”, summarised the president of the Deputación, Carmela Silva. Afterwards, she added that “it is also a call to discover wonderful places where landscapes, nature and products (handcrafted goods and gastronomy) offer wholesome experiences”.

The event in Madrid will be streamed online and can be followed in the social networks of the Deputación and Turismo Rías Baixas with the hashtags #SigueOTeuInstinto and #DetenteEMira.

During the event, a gift—whose nature has not been revealed yet—that symbolically represents all the natural richness of the province of Pontevedra will be given to the attendants. A company specialised in sustainable activities was in charge of making it, and several people with special needs collaborated on the manufacturing process. With this action, the Deputación contributes to environmental sustainability and fulfills a social role—two priorities of its government agenda.

In addition, every one of the 500 units produced by the Deputación is part of an ephemeral work of art.