“Follow your instincts” in Fitur 2020: Rías Baixas dazzles everyone with an excellent presentation

Celia Freijeiro and Jazmín Abuín encouraged the public to discover the natural settings of the province of Pontevedra, along with Carmela Silva and Xabier Fortes. Big success of the campaign’s official video
23/01/2020 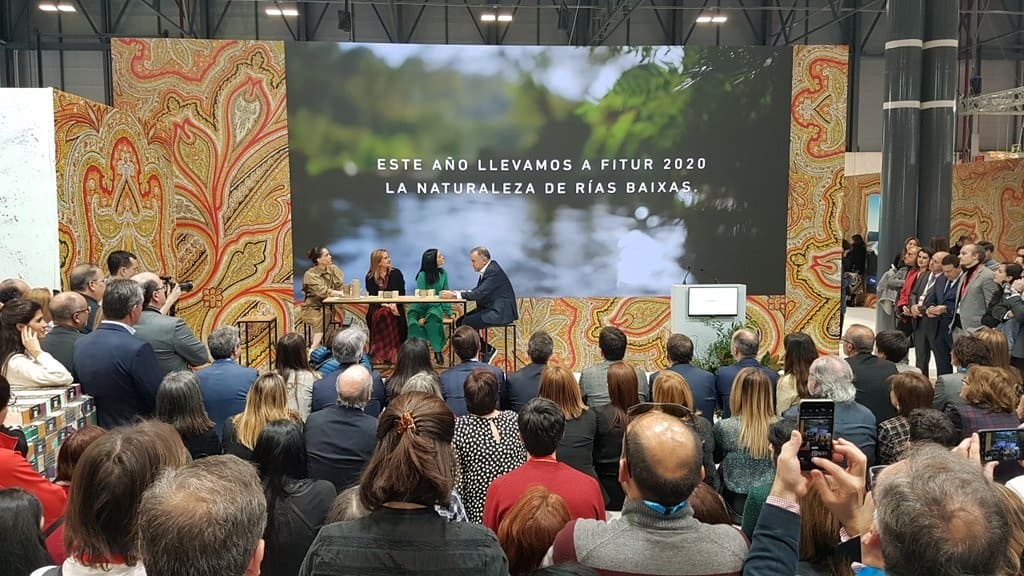 The tourism campaign “Sigue o teu instinto” (also “Follow your instincts”) surprised everyone on the second day of the Fitur 2020 international fair with a polished and entertaining presentation. Actresses Celia Freijeiro (Vida Perfecta) and Jazmín Abuín (Amar es para siempre), as well as journalist Xabier Fortes (Los desayunos de TVE) were the three ambassadors of As Rías Baixas that participated in the presentation together with the president of the Deputación de Pontevedra, Carmela Silva. All of them encouraged the public to reconnect with nature and with themselves in the province of Pontevedra. “Trails, forests, fragas (a specific type of native woodland), rivers, vineyards next to the sea… We live in a paradise where you can stop and look”, declared Carmela Silva to the large audience that gathered to assist to the campaign’s launching.

The official video of “Follow your instincts”, filled with emotion and recorded in thirty different coastal and inland locations of As Rías Baixas, received an enthusiastic response. Celia Freijeiro, the star of the video, finds in the province of Pontevedra the perfect place to take a break from her tight schedule as an actress and enjoy nature. “After the Cannes Film Festival, the filming of Vida perfecta in Barcelona and working on theatre plays in Madrid, I needed to return to my homeland, connect with myself again and discover places I didn’t know before”, said the actress to the public. As the other participants, she was sitting around a table with a cup of Camellia tea from As Rías Baixas, served on a tea set designed by Ana Tenorio, a Pontevedra artist winner of the Spanish national crafting award. 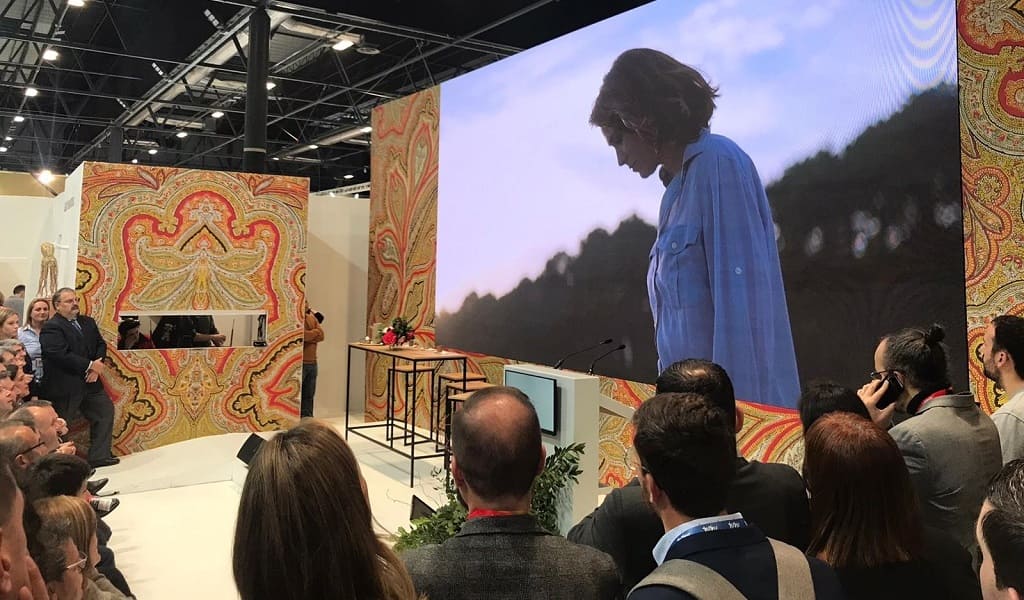 Jazmín Abuín, also living in Madrid, confessed that she travels to As Rías Baixas whenever she can, whereas Xabier Fortes encouraged people to visit the province at any time of the year. “It’s a true delight to enjoy watching a sunset in any of our three coastal inlets, go down to the Lapamán Beach or take a boat to Ons Island and feel the sea breeze caressing you”, suggested to the audience.

Another video was shown at Fitur 2020 featuring some elite athletes from the province of Pontevedra. Rodrigo Conde (rowing), Pablo Dapena (triathlon), Desirée Vila (athletics), Susana Alonso (mountain biking) and the siblings Rodríguez Huertas, Roi (canoeing) and Iria (triathlon, canoeing  and athletics) explain how the nature of As Rías Baixas motivates them to be focused  and overcome their own limits. “They have succeeded because nature gives them all the strength they need”, stated the president of the Deputación.

Another big surprise during the presentation was the present handed out by the Deputación de Pontevedra at Fitur. This was a wooden box containing bombs with heather and Saint John's wort seeds, as well as “Brisa Atlántica” seed bombs. The company Resetea, specialised in sustainable products, and several people with special needs from the centre Centro Juan María in the town of Nigrán collaborated in the manufacturing process of this present. Moreover, the 500 manufactured boxes are part of a mural painted by the Galician artists Doa Oa and Elara Elvira. “This is an exclusive present, a work of art that contains the nature of As Rías Baixas”, declared Carmela Silva. Another video, also screened today, shows how this present was made.

Additionally, the official video of “Hunger for experiences”, the tourism campaign of the Deputación de Pontevedra in 2019, was awarded yesterday for being the best audiovisual work of Fitur’s previous edition. This video is all about the gastronomy of the province and was produced by the agency Esmerarte Industrias Creativas, which also produced the videos of “Follow your instincts” and, previously, “We are stories” (the campaign from 2018, focused on the Galician female writer María Vinyals).

“Visit As Rías Baixas. Stop, look and rediscover nature”, concluded the president of the Deputación.