The President of the Deputación de Pontevedra, Carmela Silva, chaired the online meeting of the Provincial Tourism Board (Mesa Provincial de Turismo), during which she informed about the implementation of the study on the impact of COVID-19 on the tourist sector “aimed at launching the reactivation plan of the Rías Baixas-Pontevedra Provincia destination”. “We are aware of the hardships and of the importance that the tourism sector has in this province”, assured President Silva. At the same time, she showed her pride in the willingness of the public and private sectors “to work together to overcome this situation and in their optimistic point of view regarding the position we hold compared to other tourist destinations”.

President Silva encouraged “public-private cooperation to overcome this crisis” and committed herself “to collaborate with other administrations and to demand them to support the sector according to their competences”. Representatives from the public and private sectors of the province participated in the Tourism Board, such as the Tourism Director of the Xunta de Galicia (Regional Government of Galicia), the mayor of the town of Baiona, representatives of the town councils of Cangas, Pontevedra and Sanxenxo, the President of the municipal association of O Salnés and also mayor of the village of Meis, representatives of the coastal action groups Ría de Vigo and Ría de Pontevedra, representatives of the Wine Route, the president of the Galician Tourism Cluster, the presidents of the associations Feprohos, Aviturga and Agavi, the Director of the Vigo Airport and the directors of the integrated vocational training centres Manuel Antonio and Carlos Oroza. 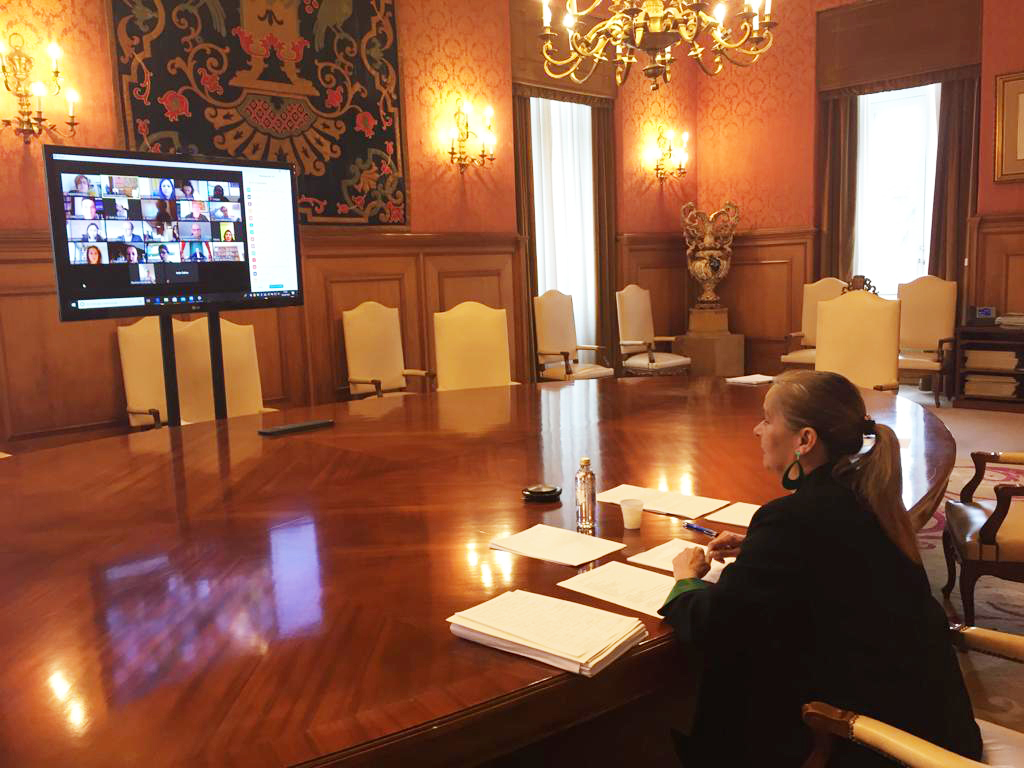 President Carmela Silva described the tourism reactivation plan, which “aims to gather and analyse all studies that are being developed on this area at a local, regional, national and international levels, based on statistical data and with the information provided by both public and private sectors”. The President explained that an online survey will be performed to gather more information about the situation, prospects and needs of the corporations and entities involved. They will also conduct interviews and workshops with key agents to verify the information, as well as a SWOT analysis.

From this preliminary analysis, a long list will be designed with a series of actions or measures to implement in the province of Pontevedra, which will be discussed at workshops with key agents in the tourism sector. Subsequently, after gathering the information provided by the sector, the specific actions to be applied in the province of Pontevedra will be included in a short list so as to abandon this situation of economic decline and to reactivate tourism. As President Silva explained, the analysis and the lists including the initiatives that can be implemented will be finished in May.

"We area in better position than other destinations"

“We are in a better position than other destinations”, said President Silva, “because we can offer the type of tourism that people is surely to demand after the confinement: nature, landscapes, leisure, rural, coastal and inland tourism, sensations and experiences”.

Regarding that, the President declared the need to “reinvent ourselves and be committed to safety in establishments, equipment and public places to rebuild trust”. President Silva declared that she was proud of the “humanity” of the tourism sector and made a commitment to devote herself “first to people, to grant their safety, and then to everything related to boost the economic activity and to create employment so as to be able to redistribute wealth”.

Regarding interinstitutional collaboration, Silva stated that security is being treated as an essential element to regain visitors’ trust and that they are working on coordinated promotion, focusing fundamentally on nearby destinations. “I am committed to continuing our collaboration and joint work with all public administrations”, claimed the President. She also declared that “under complete institutional loyalty, we will demand from all administrations a specific strategy for the tourism sector to overcome the crisis, as the situation of this sector is very particular”. This is not about showing off or about fighting to be in the limelight; it is about working together, avoiding useless confrontations that serve no purpose”.

As for the participants of the first online Provincial Tourism Board, they thanked the Deputación for launching the Board and the reactivation plan. Additionally, they agreed with the President on the need for collaboration among public administrations, institutional loyalty, unity, and joint work. The aim is to launch a joint plan with all participants involved as well as the tourist sector to overcome this complex situation and regain the visitors’ trust.