The Deputación invites locals and potential visitors to take a “Trip Back in Time” through photographs, videos, and historical postcards from the Provincial Archive
27/05/2020

The Deputación de Pontevedra and Turismo Rías Baixas are exploring new ways to keep promoting the province of Pontevedra and As Rías Baixas during the current scenario caused by COVID-19. In the coming days, two new actions will be launched, aimed at promoting online the main tourist attractions in the area until tourists from outside the province are allowed to come back again.

The first campaign is called “As Rías Baixas Visit You” and it consists of virtual guided tours to some of the most remarkable monuments and natural settings in the province.

A tourist guide from the Deputación will bring the history of each tourism resource to the public on short, interesting videos that will be shared on the social media profiles of Turismo Rías Baixas and the Deputación de Pontevedra.

The ancient sanctuary in O Facho Hill, in the town of Cangas, Colón Forest, in the town of Poio, or the burial mound Mámoa do Rei, in the village of Vilaboa, are some of the places that the public will be able to visit online accompanied by an expert guide and from the comfort of their own homes.

“We would like online visitors to be able to follow the live explanations about As Rías Baixas in a way that is immediate and enjoyable. Since they cannot come here to visit us, we will take the province directly to their homes”, Turismo Rías Baixas’ staff explained. These virtual guided tours will be posted on corporate social media every Wednesday and Friday at 10 a.m., starting on 27th May. These videos will be also available on Turismo Rías Baixas' YouTube channel later on. 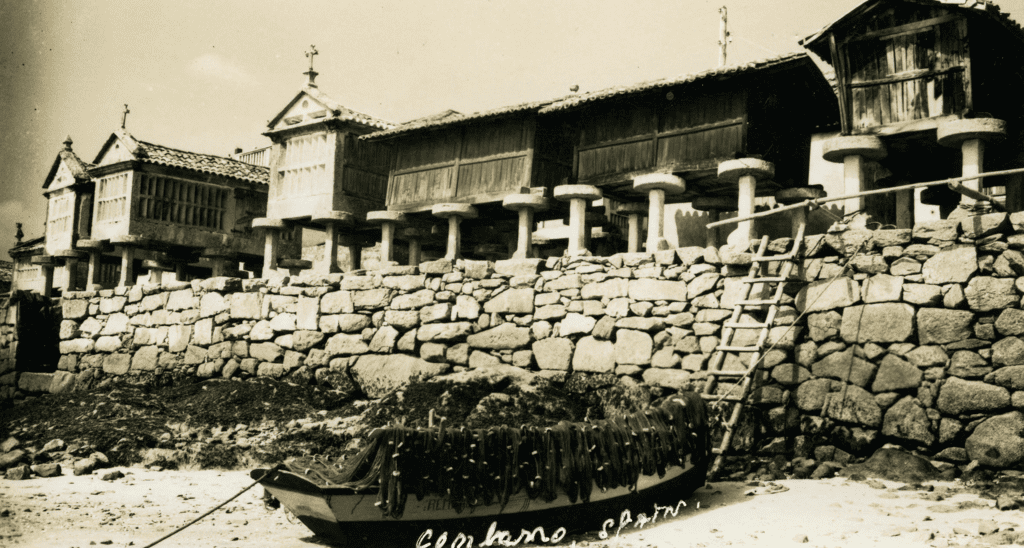 A destination with a long history

On Turismo Rías Baixas' social media locals and tourists alike interested in visiting the province of Pontevedra will also be invited to take an exciting “Trip Back in Time” thanks to the valuable historical material kept at the Documentary and Bibliographic Heritage Department.

The aim of this campaign is to display monuments, thermal villages or spaces declared of cultural interest in As Rías Baixas through well-preserved videos, postcards, photographs and historical journals.

This vast material will be used to graphically show citizens that the province of Pontevedra is a tourist destination with a long history of excellence and well-preserved rooted customs and traditions that can still be enjoyed today.

Locals and potential visitors will be able to see how fishing villages in As Rías Baixas and fishing quarters such as O Berbés, in the city of Vigo, have changed over the years, as well as to get to know the origins of the famous thermal village of Mondariz and the old Gran Hotel Mondariz.

On 1st June the Deputación de Pontevedra will be inviting the public to rediscover the history of this land and the secrets of some of its most remarkable spots on their social media and Turismo Rías Baixas' website.