The Belén Artesanal en Movimiento of the village of Valga is a handcrafted nativity scene with moving figures that constitutes one of the most astonishing Christmas decorations in Galicia. Carried out since 1995, it is considered a Festivity of Tourist Interest for its originality, creativity and interest to preserve old traditions. It consists of around 4,500 figures all carved by hand, representing both typical Christmas scenes and current political and social events. It stands out from other scenes in the province of Pontevedra because it is a moving representation of a nativity scene and is located in a Galician town.

The members of the cultural association Amigos do Belén start working in September to get everything ready for the opening on the first Sunday of December. Figures and sceneries are made by the locals with paper, plaster, modelling clay, wire, wood, stone and different types of fabric.

The Belén of Valga covers 250 m², and to make it possible several water bombs, around 8,000 light bulbs and many small engines from disposed elements, like windscreen wipers and electric toothbrushes, are needed. Thanks to 30,000 m of wiring, the handcrafted figures are alive until the second week of January, attracting thousands of visitors every year. 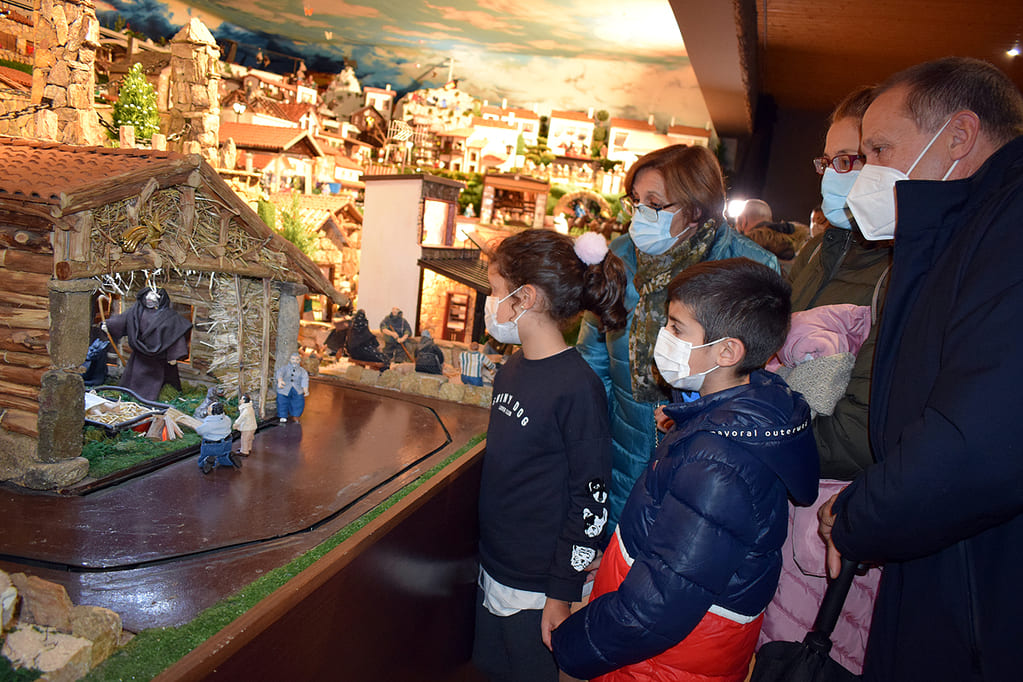 The pandemic in the spotlight

The COVID-19 outbreak is the main addition to this edition and it takes up a whole section of the belén de Valga. It features the first news about the new virus from Wuhan, the shortage of toilet paper, the collapse of the hospitals, the drive-through COVID-testing or the problems in the homes for the elderly. This year the main attraction of the nativity scene are the figures, who are wearing the usual masks.

The belén also addresses current political affairs, such as the victory of Joe Biden in the United States. Celebrities are also represented, including the confrontation between Isabel Pantoja and her son Kiko Rivera or the famous picture in which the King Emeritus of Spain is preparing churrasco (grilled meat) together with Corinna Larsen’s son.

This year a tribute is paid to José Ramón Rial Becerra, “Mon”, public worker of the Town Council of Valga and member of the association Amigos do Belén, who unfortunately passed away last summer. 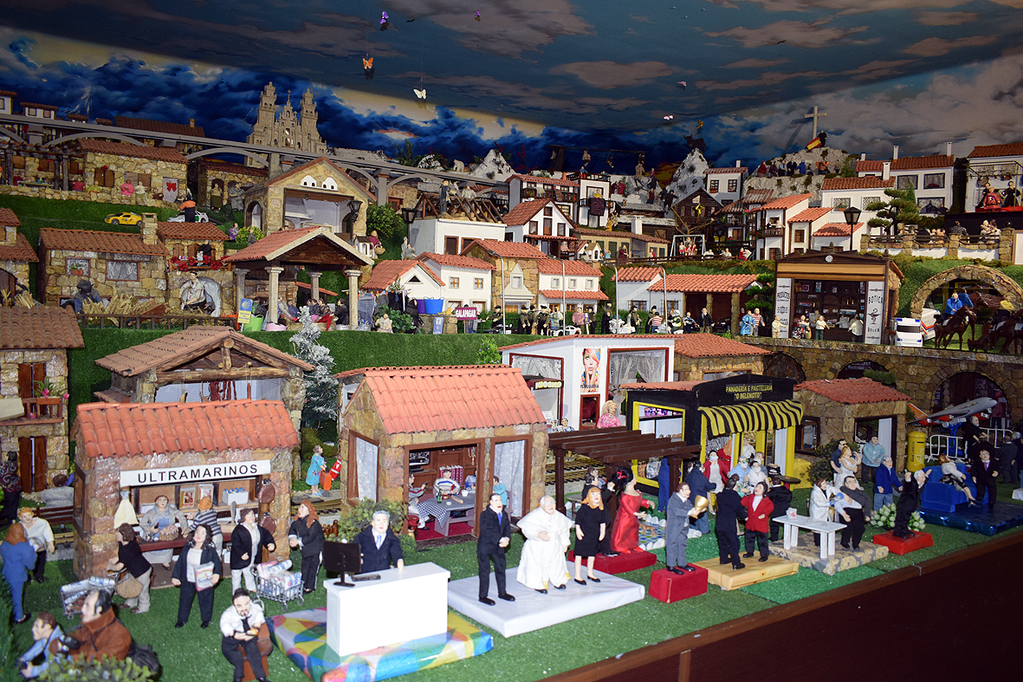 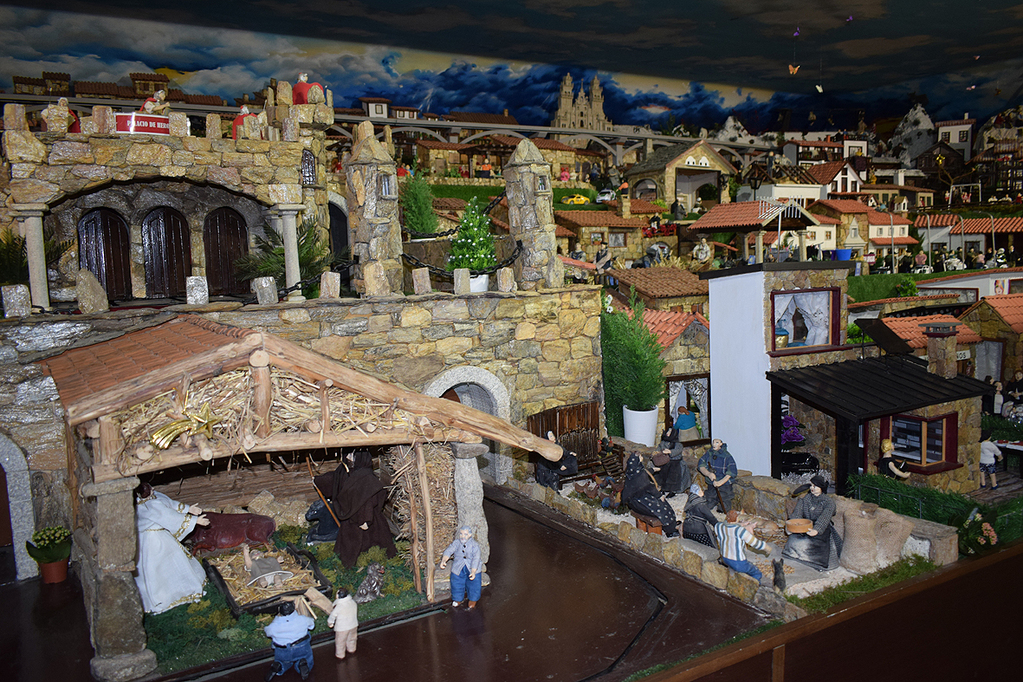 The Belén Artesanal of Valga is one hundred percent handcrafted, but it also includes technology. Basic devices are used to move the famous figures, and light and sound effects are added using more advanced tools. Day phases and light changes, as well as meteorological effects like snowfalls and storms, are simulated with computer systems and accurate programming systems. Characters are constantly moving and it imitates day and night.

The Belén’s Facebook page can testify the admiration it causes. Its followers highlight the composition’s impressiveness and originality, encouraging Valga’s neighbours to expand it every year. 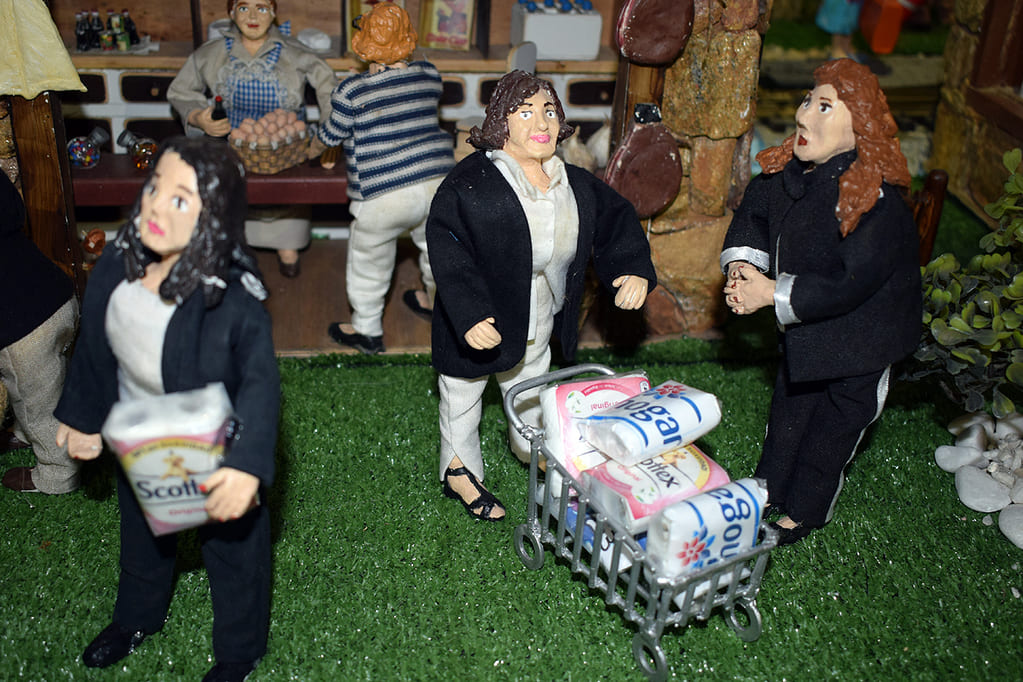 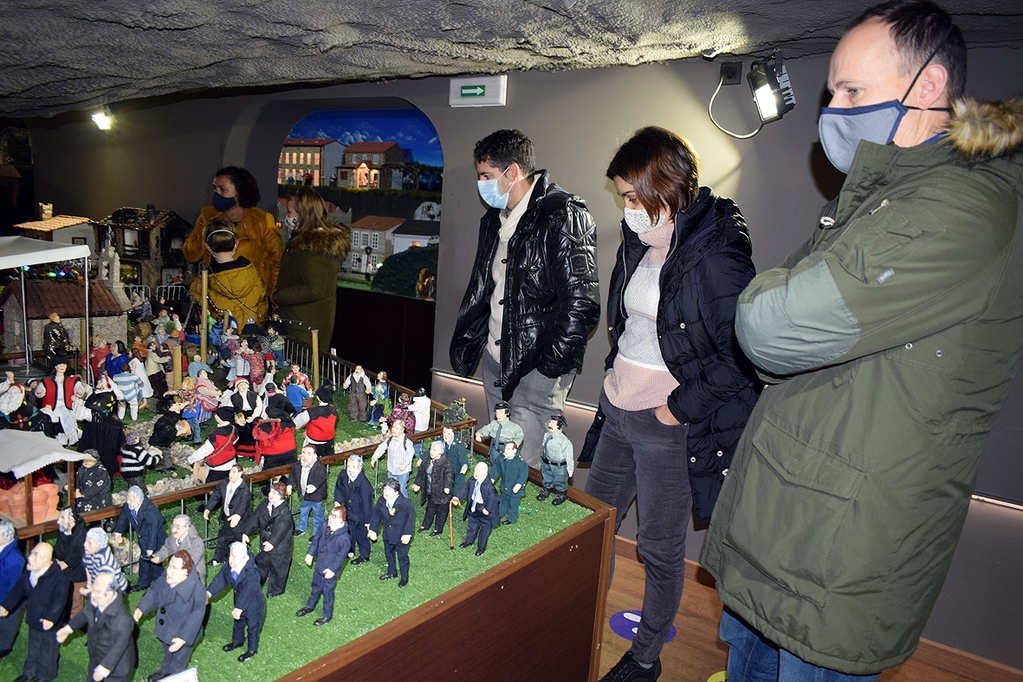 When can it be visited?

Schools, associations and other groups can arrange visits through the phone number +34 630 952 515.