The coastline of the province of Pontevedra boasts three magnificent inlets surrounded by cliffs, islands, ports, hills, beaches and stunning landscapes that make it a perfect destination for all types of visitors.

The coastal inlets Ría de Vigo, Ría de Pontevedra and Ría de Arousa are a perfect place to relax. They have more than a hundred beaches awarded with a Blue Flag and are the main production centre of seafood in the province. The fishing fleet and shellfish gatherers catch the best fishes, molluscs and crustaceans in the world, excellent delicacies ready to be enjoyed at the restaurants of As Rías Baixas.

On both the coast and inland, you can enjoy unforgettable experiences in As Rías Baixas. 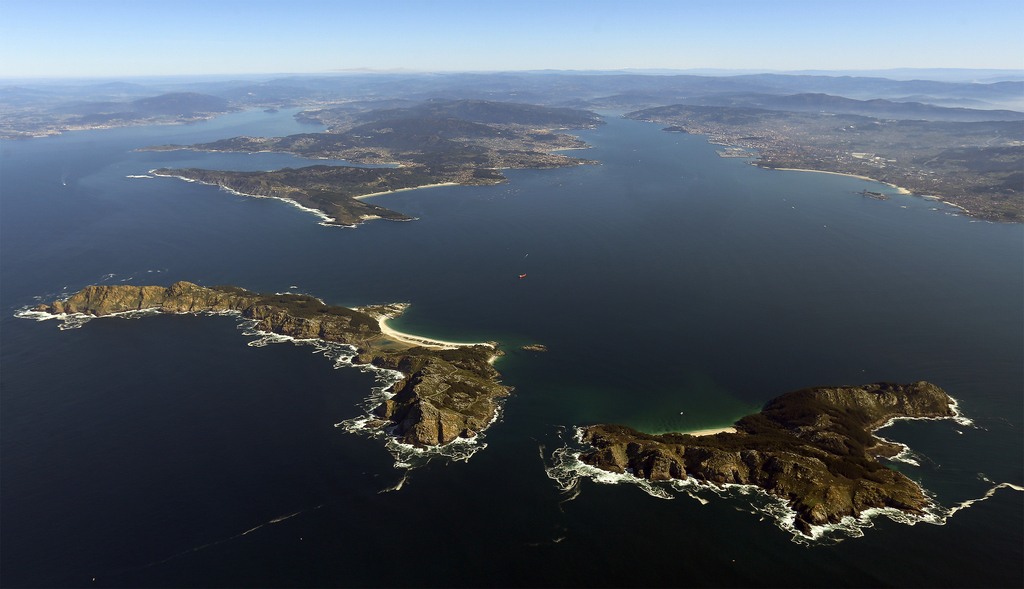 An aerial view of the Cíes Islands

The Ría de Arousa is the largest coastal inlet and has a great number of islets and reefs that serve as natural breakwaters. The protected natural space in O Grove Peninsula, namely the Intertidal Complex Umia-O Grove, is an ideal place for birdwatching enthusiasts.

This inlet is perfect for anchoring boats and for pleasure craft, and for practising all types of water sports. Blue Flag beaches can be found along its coastline, and has more than 2,300 bateas (wooden rafts), two thirds of the ones in As Rías Baixas, where the highly appreciated mussel is cultivated.

The Cortegada Island, facing the town of Vilagarcía de Arousa, is part of the National Park of the Atlantic Islands and has an amazing laurel forest. The town of A Illa de Arousa is a paradisiacal environment with a beautiful and wild natural park (O Carreirón) and stunning beaches. 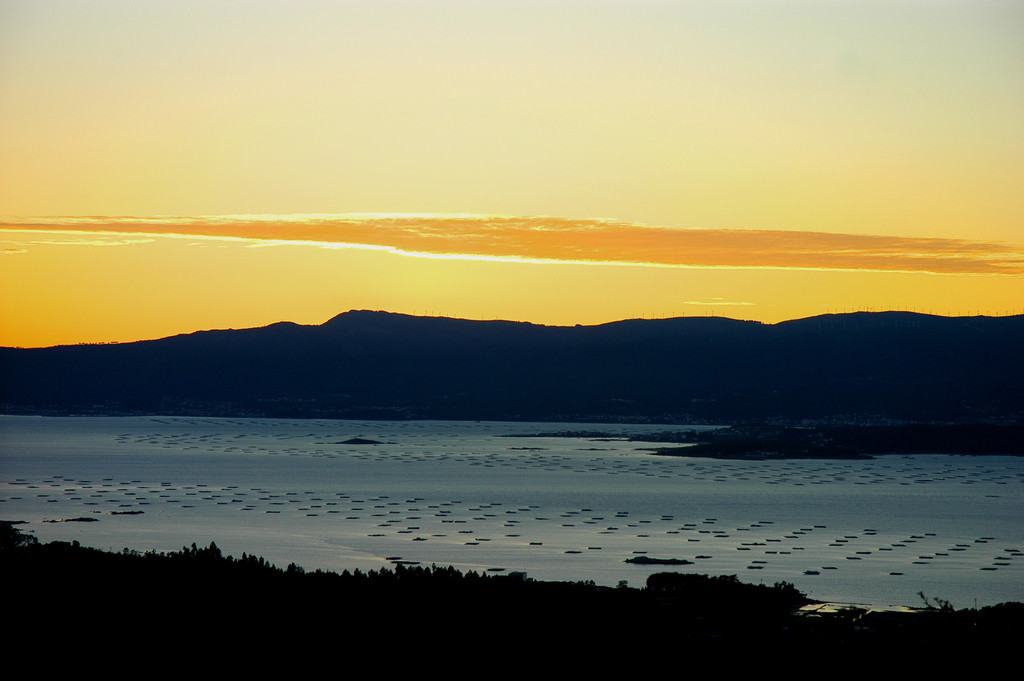 The Ría de Pontevedra has the most regular shape of the three coastal inlets. The Lérez River, by the capital of the province, is the most important river that flows into this ría.

Tambo and Ons are the most remarkable islands of the ría. Ons belongs to the National Park of the Atlantic Islands and is a unique natural spot surrounded by beautiful beaches and cliffs. The ría is located on the southern coast of the region of O Salnés and the north of O Morrazo, which boasts many Blue Flag beaches.

It has a rich wildlife and is highly productive due to its plenty of nutrients, good lighting and the movement of its waters.

A sailing boat on the coastal inlet Ría de Vigo

The Ría de Vigo, on the southern part of the province of Pontevedra, boasts one of the most important fishing ports in the world, which has the shape of a sea spear which narrows as it goes inland.

From the Rande Bridge, you can see the traditional mussel rafts arranged in a row and how the ría opens again on the San Simón Cove. In 1702, the Rande Strait was the setting of one of the greatest sea battles in history, where the English and Dutch fleet defeated the Spanish and French. The sinking of the galleons originated stories about fantastic treasures, told by Jules Verne in his work Twenty Thousand Leagues under the Sea.

Close to this inlet, the famous Cíes Islands stand out. They have one of the most stunning landscapes in Galicia and are the gem of the National Park of the Atlantic Islands. 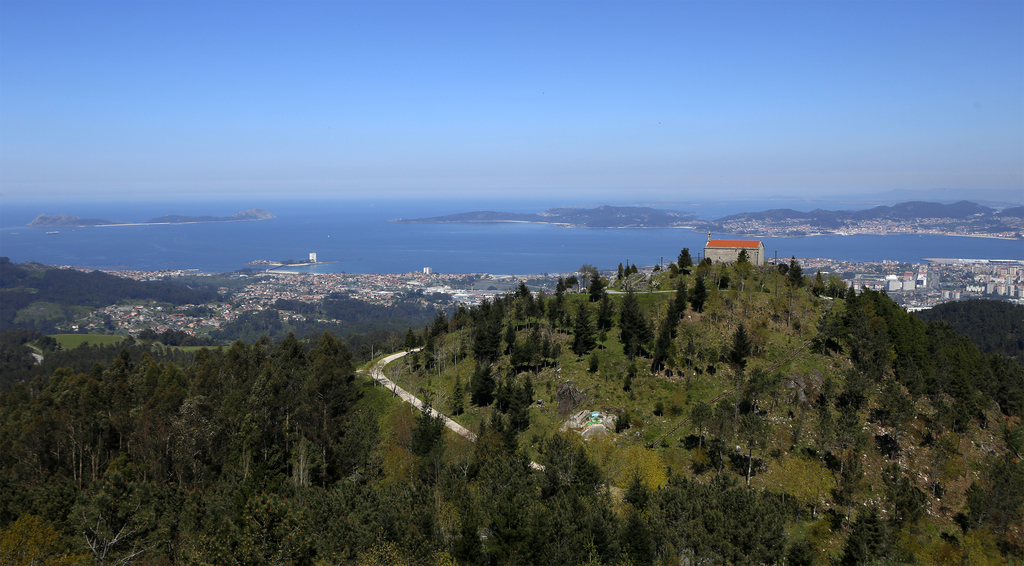