Hydrotherapy in As Rías Baixas is one century and a half old. The two first pioneer centres in the use of mineral and medicinal waters were the spas Balneario de la Toja and Balneario de Mondariz. However, in the latter case, it is thought that the spring waters of A Gándara were already used as early as in the Middle Ages, by the Lords of the Sobroso Castle.

If you want to learn about the history of hydrotherapy in As Rías Baixas, you need to travel back to the time of the Romans, who were well aware of the beneficial properties of the waters that flowed at temperatures of over 50 degrees in the towns of Caldas de Reis and Cuntis. These, together with Illa da Toxa and Mondariz, are today the four most popular wellness destinations in the province of Pontevedra, boasting modern spa resorts which offer a complete range of treatments.

Mondariz: the first spa in Galicia

The building complex of Mondariz-Balneario was the first spa in Galicia and one of the most important spa resorts in Europe. The first written reference to the beneficial properties of its thermal waters dates back to 1848. However, the “discovery” and commercial exploitation of the two springs that were the origin of the current spa resort is attributed to Sabino Enrique Peinador and his brother Gumersindo, who were the first to analyse the waters and obtain the declaration of public use of the springs of A Gándara and Troncoso.

Aristocrats, politicians, artists and renowned businesspersons would gather, during the waters season, in this small village. Such was the popularity of the spa, that it had its own currency, the “peinador”, and its local newspaper. It would even become independent of the town of Mondariz in 1924. 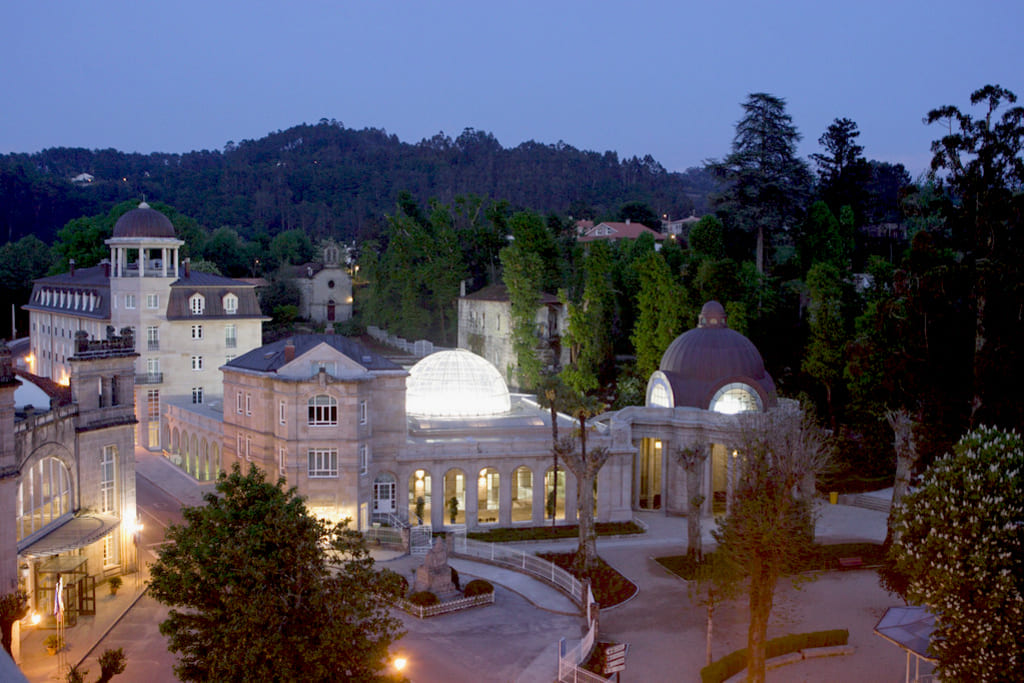 In the 1990s, Mondariz-Balneario revived, following a period of decadence just after the Spanish Civil War and a fire that destroyed the hotel in the 1970s. In the last 30 years, Mondariz-Balneario has revived and today is the most important hotel complex in Galicia, mainly for its capacity for innovation and its commitment to quality. Besides the spa facilities, it has a golf course, conference rooms, a restaurant and a hotel.

The spa Gran Hotel La Toja has hosted aristocrats, intellectuals and even a meeting of world leaders and businesspersons, the Bilderberg Club. However, the origins of the island were much humble and surprising. It is thought that the beneficial properties of these spring waters were discovered by chance, after the surprising healing of a sick donkey about a century and a half ago. Today, O Grove is one of the most important spa towns in the world.

It was in 1841 when the botanist Antonio Casares confirmed the presence of magnesium, sodium, iron and calcium in the waters of the island. One year later, the authorization to open the spa was obtained, and it would be inaugurated in 1899. The Gran Hotel would open its doors eight years later. The building was designed by the architect from Ourense Daniel Vázquez Gulías, on the model of the spas of Vichy, in France, and Marienbad, in Germany. 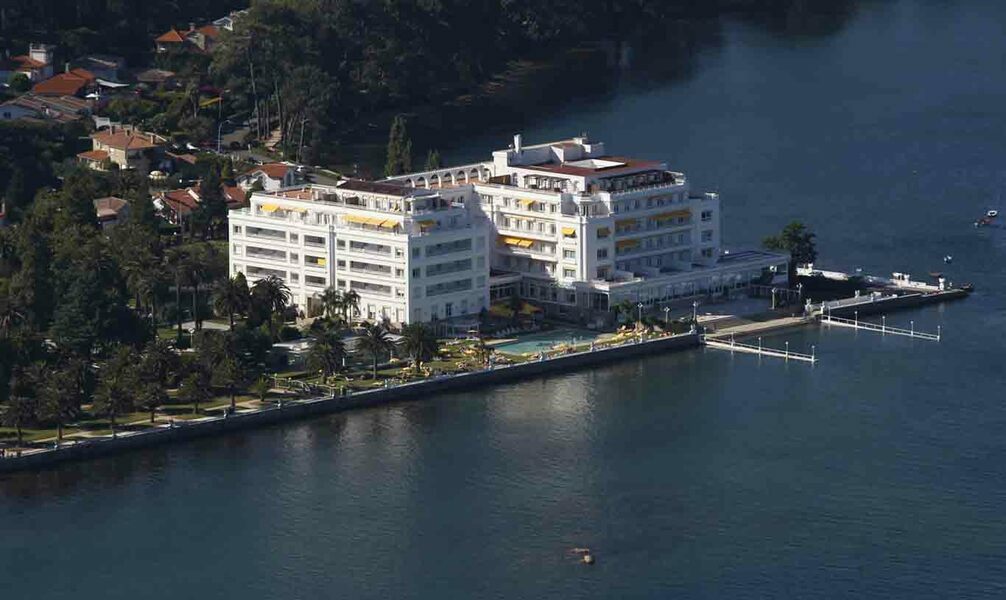 At the end of the Second World War, the facitilies were renovated for the first time, and the last refurbishment was undertaken in 1990. In spite of all the difficulties, the spa has preserved, and even has increased its popularity. Even the Nobel Prize in Medicine Santiago Ramón y Cajal described the Gran Hotel de La Toja as "an authentic temple devoted to health". Today, more than a century later, it is still a benchmark for wellness and luxury. A real pleasure for body and soul!

Valleys of the rivers Ulla and Umia: Caldas and Cuntis

Its spring waters with exceptional therapeutic properties have been the most important resource for the economic and social development of the town of Caldas de Reis. Its waters are included in the group sodium-chloride waters, one of the most important of the mineral-medicinal type and especially suitable to treat respiratory, rheumatic, skin, gynaecological and surgical conditions.

The thermal town has two historic spas. The scribe Joaquín Davila Mariño built the first bathhouse in 1780 and called this establishment Baños Dávila. 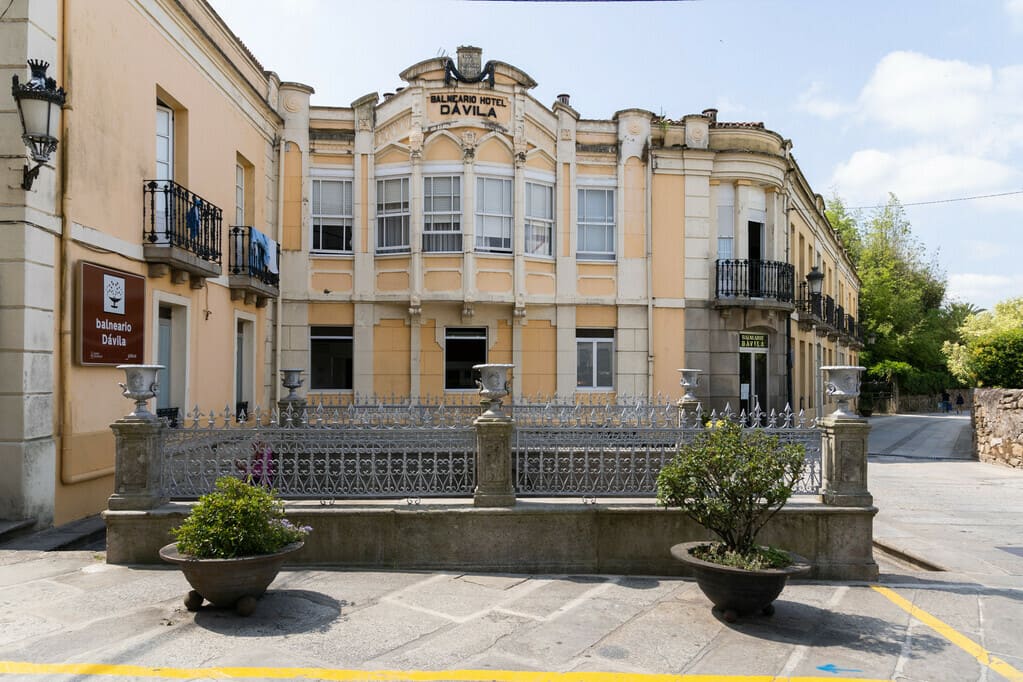 The other spa is Balneario Acuña, whose origins date back to the early 19th century. The main figure linked to this spa was the priest Pedro Acuña y Malvar, who opened, in 1812, the first bathhouse. After his death, the businessman Elisardo Domínguez created a new building, designed by the architect from Vigo Jenaro de la Fuente.

The public fountain of A Burga is another must visit in the town, pouring water with a temperature of around 50 ºC through a lion-shaped fountain spout. This spot is a place to rest for those who are on the Way to Santiago de Compostela.

Not far from there, we find the springs of Cuntis, already mentioned in 1697 by Limón Montero. The previous owners to the present ones connected the bath places Baños del Castro and Baños de la Virgen in 1186. Two decades ago, a new spa building was built and connected to the hotel complex through a tunnel.