Share
Twitter
Facebook
Pinterest
Whatsapp
The province of Pontevedra is rich in mineral and thermal waters, and this can be seen in the heritage of its towns and in the deep-rooted tradition of hydrotherapy

In the 19th century, bathhouses and spas lived a golden age which would last until the early 20th century. As Rías Baixas were also part of this phenomenon, and thus, some important hydrotherapy centres can be found in some towns, as Mondariz-Balneario or A Illa da Toxa.

Some thermal facilities have been preserved until today, but others have disappeared due to historical events. However, they have left their mark on the landscape, architecture or the collective memory.

The Diputación de Pontevedra has decided to promote this heritage by creating the Thermal Towns Route, an offer for wellness and recreation that can be enjoyed in seven towns in As Rías Baixas which are famous for the medicinal properties of their spring waters.

Spring waters have been part of the history of this town since Roman times, when it was known as Aquis Celenis. In the old days, the Celeni and Roman people thought that the medicinal properties of these waters were associated with a god, in this case with Endovius, which means "the one who provides heat".

Two votive altars were found in the area of the historical centre of Caldas de Reis. The first one was discovered in 1798, during the construction of the spa-hotel Balneario Davila, and it was used as a manhole cover, since nobody was aware of its importance. It was rediscovered and in 1909 disappeared. The second votive altar was found in 2009, while carrying out public works on the wall of a house more than 130 years old.

Nowadays, there is a public fountain with two spouts, built by the town council in 1881, pouring water with a temperature of around 50 ºC. Also downtown, there are two spas, one on each bank of the Umia River: the Balneario Acuña, an example of the twentieth-century Galician architecture, and the Balneario Davila, boasting an amazing and unique bamboo reed bed.

Regarding the name of the town, Caldas de Reis, it has its origins in the 12th century, when Urraca, queen of León, had a defensive tower there where she used to spend long periods with her son Alfonso VII, king of Galicia, Leon and Castile. Thus, it received the name of Caldas de Rex and it became a noble town. 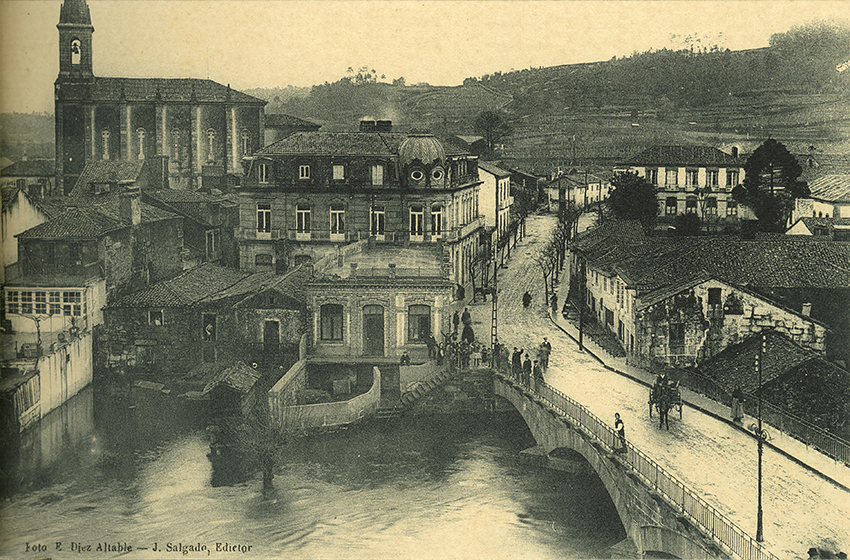 The spring waters in Catoira may have been used by the Romans before the town became popular for the festival known as Romaría Vikinga, held every August. This event recreates the landing of the Vikings and the battle against these northern raiders, which takes place by the Torres de Oeste Towers.

The town, in the province of Pontevedra, boasted a renowned spa and hotel in the early 20th century, and it exploited the thermal waters for the production of soap and bath salts. The modest one-storey stone building was located in the town centre.

The sulphurous soap, made from waters of the springs of Laxiña and Recarén and commercialized under the brand Torres de Oeste, became internationally known. The salts were also made from these medicinal waters. These products were awarded prizes in London, Rome and Buenos Aires. In the middle of the 20th century, Ricardo Dios López bought the business, which exhausted the resources and it finally closed in 1970. In addition, the permits of the spa had expired and the amount and quality of the waters were no longer suitable. Recent research proved that this small town, by the mouth of the Ulla River, stands on spring waters reservoirs which may have medicinal properties. In fact, in the place of A Lomba, there is a spring emerging from a depth of more than 130 metres. 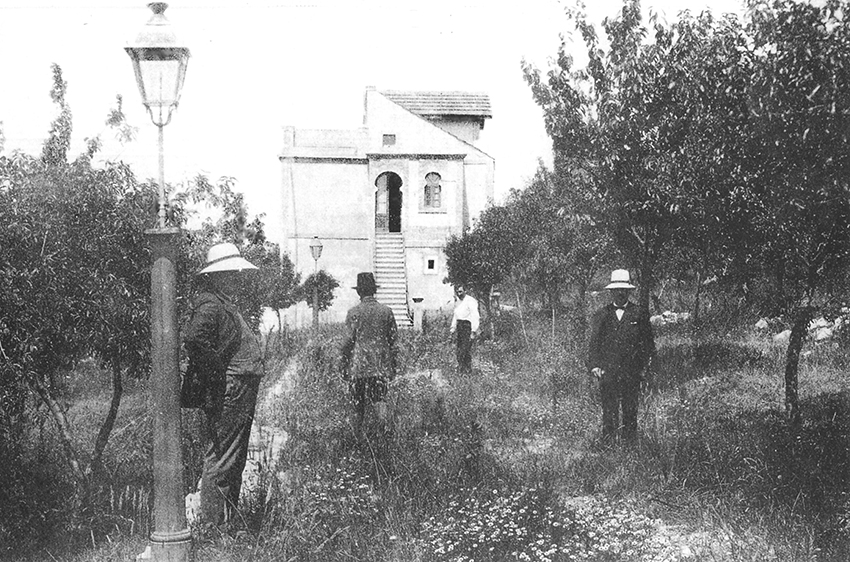 Hydrotherapy has been an everyday activity in this town since the early 19th century. However, it was proved that Romans had already used these waters, since over 500 bronze coins were found in the hot spring known as Lume de Deus. According to some historians, there was a thermal complex, a mansion called Aquae Calidae, the capital of the Cileni's town.

There are nineteen springs of minero-medicinal waters pouring out from the subsoil at different temperatures, ranging from 18 to 59 ºC, and having varied medicinal properties.

In the early 19th century, thanks to the donation by Pedro M.ª Cisneros de Castro, also known as II Count of Ximonde, the Casa Grande dos Castro was built. This house, which is well-known for giving access to the spring waters to those who could not afford to pay the baths, is one of the most important noble constructions in the town centre.

It is believed that the fifteenth-century house-tower of the town, popularly known as O Baño, no longer existing, is now a municipal wash place where spring waters are used.

In the middle of the 19th century, there were six bathing places in Cuntis, all of them in poor condition. In 1881, the spa hotel known as Baños de la Virgen started operating and this was, together with O Castro, the most important building of the time. During the first half of the 20th century, the management of the six baths and the thirteen spring water fountains in Cuntis was centralized. 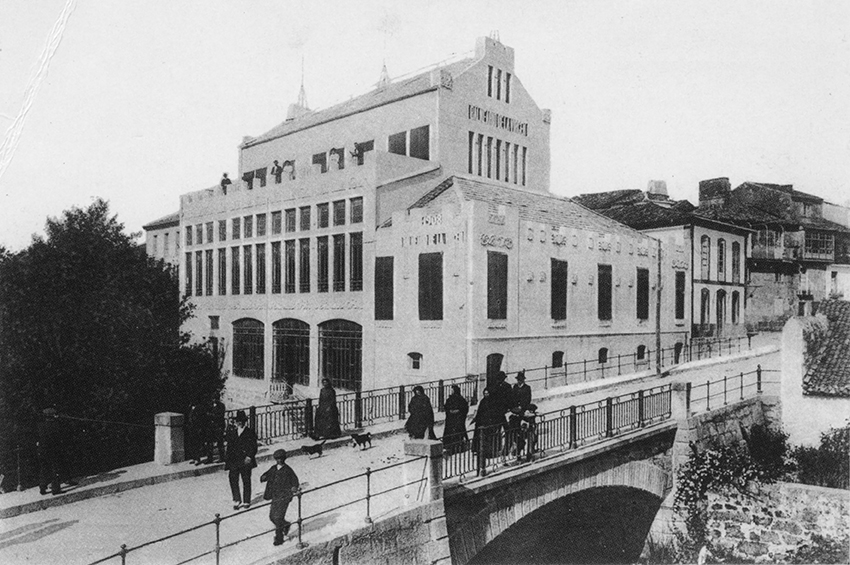 The origins of Mondariz-Balneario date back to 1873, when the Peinador brothers started the commercial exploitation of the springs of Gándara and Troncoso. That was a period of growth, not only because of the commercialization of bottled water, but also because it became a perfect place for leisure and well-being. At that time, two buildings were inaugurated: the Casa dos Baños, in 1880, and the Gran Hotel, in 1098, the latter being the centrepiece of the thermal facilities of the island during the first decades of the 20th century.

Aristocrats, politicians, artists and renowned businesspersons would gather, during the waters season, in this small village which boasted an important hotel and offered accommodation to guests of different socio-economic status. Leading architects of the time, as Antonio Palacios and Jenaro de la Fuente, worked in the construction of the buildings which would turn Mondariz-Balneario into the top-ranked thermal village. Some special features as the fact of having their own currency and newspaper, and its importance for the European hydrotherapy originated today's municipality, which became independent from the town of Mondariz in 1924. Later, the town was conferred the title of "Muy Hospitalaria Villa" (Very hospitable place) by the king Alfonso XIII.

When the Spanish Civil War broke out, the village went into a decline, which reached its peak after a fire destroyed the hotel in 1973. In the 1990s, Mondariz-Balneario revived thanks to a daring and complete offer of thermal and hotel services. 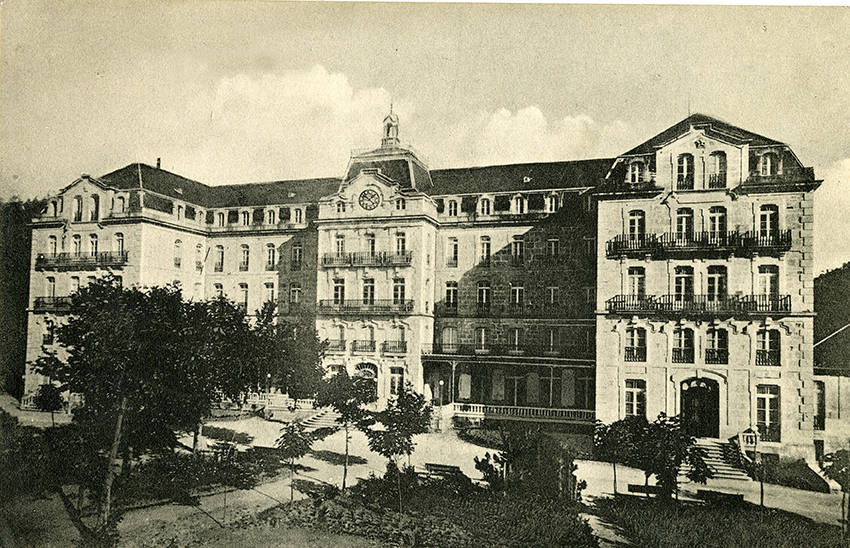 This small peninsula has an important thermal heritage. The island Illa da Toxa, a heavenly setting with medicinal waters, is just across the bridge. According to the legend, the priest of the San Martiño Church abandoned his donkey in the uninhabited island, because the animal suffered from a skin disease and he was not able to slaughter it. After a while, the priest went to the island to bury the donkey but he found it alive and cured, immersed in warm mud pouring out of the ground.

The first thermal facilities of the island were built in 1842. They were huts where spring waters were used in a rudimentary way. In 1903, the association Sociedad Anónima de La Toja was founded and it started the construction of the Gran Hotel, designed by the architect Daniel Vázquez-Gulías, which was inaugurated in 1907. In the 1920s, Illa da Toxa was already one of the best thermal destinations in Europe, having the Gran Hotel, a spa, a soap factory, villas for rent where the aristocracy of the time used to stay, three hotels and a second-class spa for less wealthy people. At that time, it already had many leisure attractions: a casino, a firing range and several places for sport activities. Today, there are two spas and a spa-hotel with talasotherapy services. 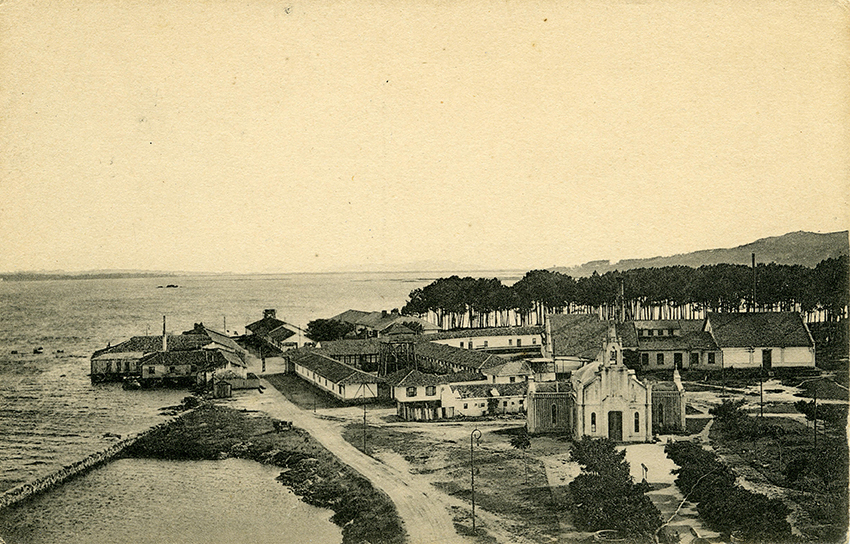 Hydrotherapy was one of the mainstays of the town of Ponte Caldelas from the late 19th to the early 20th century. The properties of the waters have been well-known since ancient times, but the discovery of an excellent spring of medicinal waters in 1877 would give rise to the construction of the spa. Ponte Caldelas became popular for the quality of these medicinal waters, but a fire in 1914 would result in the end of the golden age of the town.

The bridge is also worth mentioning. It was built at the turn of the 16th century and, in 1809, it witnessed a battle against the army commanded by the marshal general Soult. In the town, there are amazing settings, squares and gardens, apart from some iconic buildings and houses built by Spanish migrants in America. 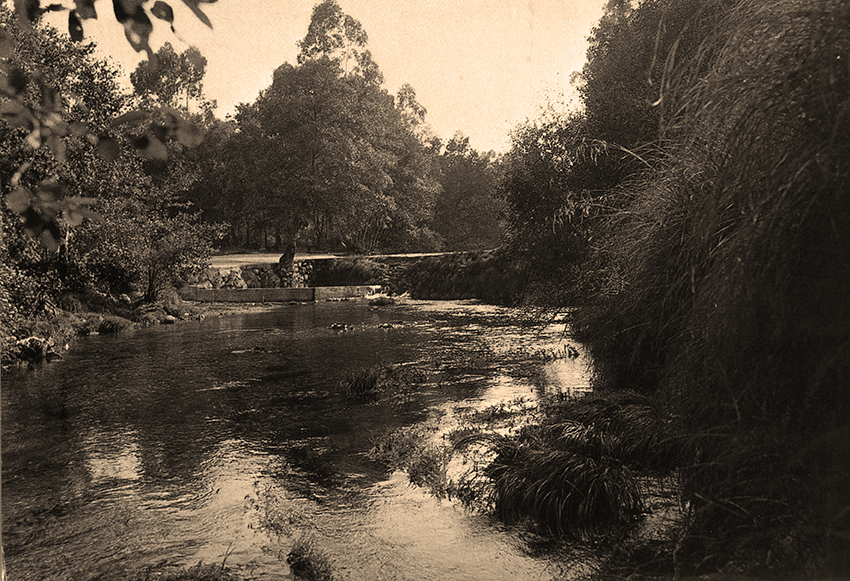 It is believed that the Benedictine monks of the Carboerio Monastery already used the minero-medicinal waters from A Brea. In the parish of Merza there was a small facility, visited by more than 400 people a year, which became popular in the 19thcentury. In fact, it was mentioned by the doctor Nicolás Taboada Leal, who talked about their importance but also about the fact that it was not used to the full. A century later, in 1994, the spa was built and its waters were declared of public interest. This town is surrounded by amazing landscapes watered by the Ulla and Deza rivers, but the most outstanding setting is the cascade of the Toxa River, very close to the spa. 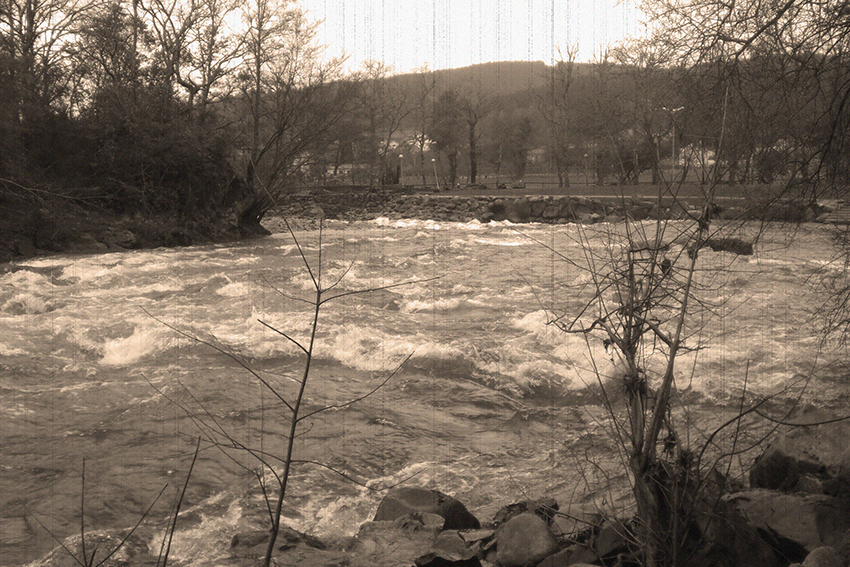