Vigo’s Christmas lights will beat their record with 10 million LED lights, a 60 metres tall giant Ferris wheel and artificial snow in the Alameda Park. The lightning will be on Saturday, 23rd November.
13/11/2019

Vigo is currently putting the final touches to become once again the true star of the Christmas holidays with its internationally renowned lights as its top attraction. The biggest city in Galicia be a step get ahead of other cities in Spain and switch on its spectacular lights on Saturday, 23rd November. The show will break all records with a 10-million-LED display that will light up more than 330 streets. The Ferris wheel, artificial snow, the colossal present box, the bauble… In this guide we will show you all the things you can’t miss to fully enjoy the Christmas decorations when you visit the city.

The Mayor of Vigo, Abel Caballero, promised that in 2019 we will see “the most outstanding Christmas lights ever seen in any city”. With his firm commitment for Christmas lights, the city aims to attract again tens of thousands of visitors from all over Galicia, other cities in Spain and neighbouring Portugal to the province of Pontevedra. Many hotels are already fully booked for the holidays. 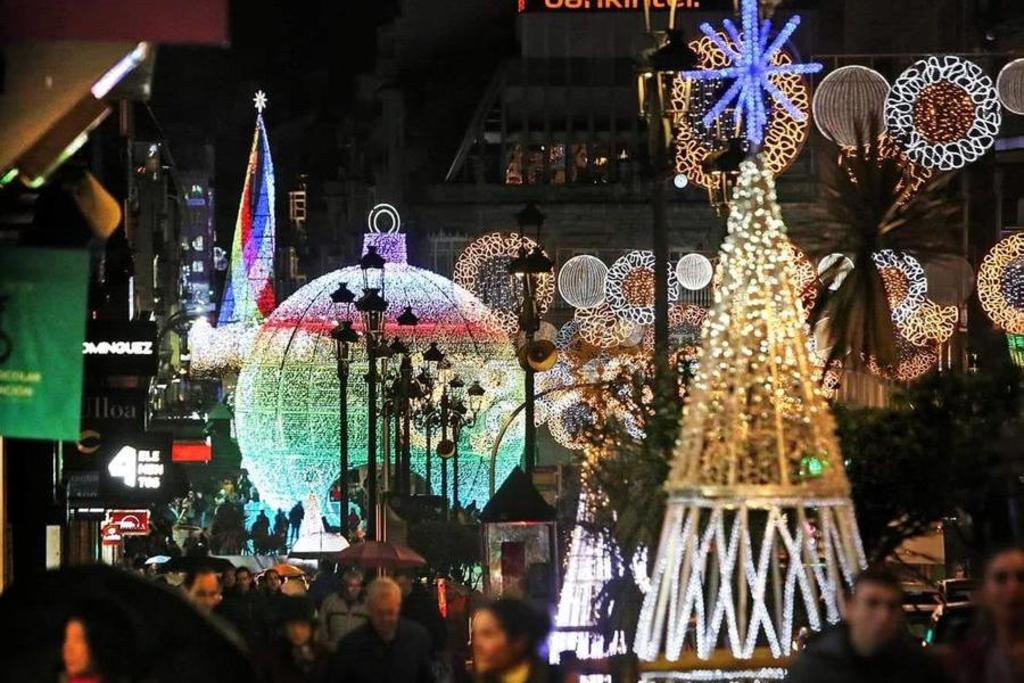 The Christmas village and artificial snow

The city of Vigo will turn into a little Lapland for a month and half. The festive atmosphere goes far beyond the lights; it also includes decorations along the main streets of the city centre, a Christmas village and three markets. One of the biggest surprises this year will take place in the Alameda, where it will snow every day over the stands offering food and drinks, gourmet food and handicrafts. Several artificial snow cannons will make the children’s dreams come true and let them experience a white Christmas for a few minutes.

The main novelty this year will be the 62-meter tall giant Ferris wheel located in the Alameda, in the intersection between Areal Street and Colón Street. The structure features 198,000 LED lights and has been set up on a street looking out to the sea so it can be seen from the other side of the coastal inlet Ría de Vigo. It has 48 baskets that can take up to 192 people, who will enjoy the festive atmosphere from up high. A screen showing Christmas videos and messages will be hanged in the centre of the wheel.

The Ferris wheel will take up the space reserved for the snowman in 2018, one of the most beloved figures, which has been moved to Rosalía de Castro Street, between República Arxentina Street and Inés Pérez de Ceta Street, this year.

The 10-metre tall huge light bauble near the Street Lamp of Urzáiz Street and the giant Christmas present box, which newcomers will find in the intersection between Gran Vía Avenue and Urzáiz Street, keep the same location as last year. Due to the expected massive flow of visitors, the setting up of figures in the main arteries of the city and the tourist bus routes, traffic restrictions will be implemented. We recommend checking Vigo City Council’s website and looking for alternative transport.

In addition to this, Disney chooses Vigo for the preview in Spain of "Frozen II" and his agreement with the  Concello to light and decorate with characters of the film the street Progress, between María  Berdiales and Doctor  Cadaval. 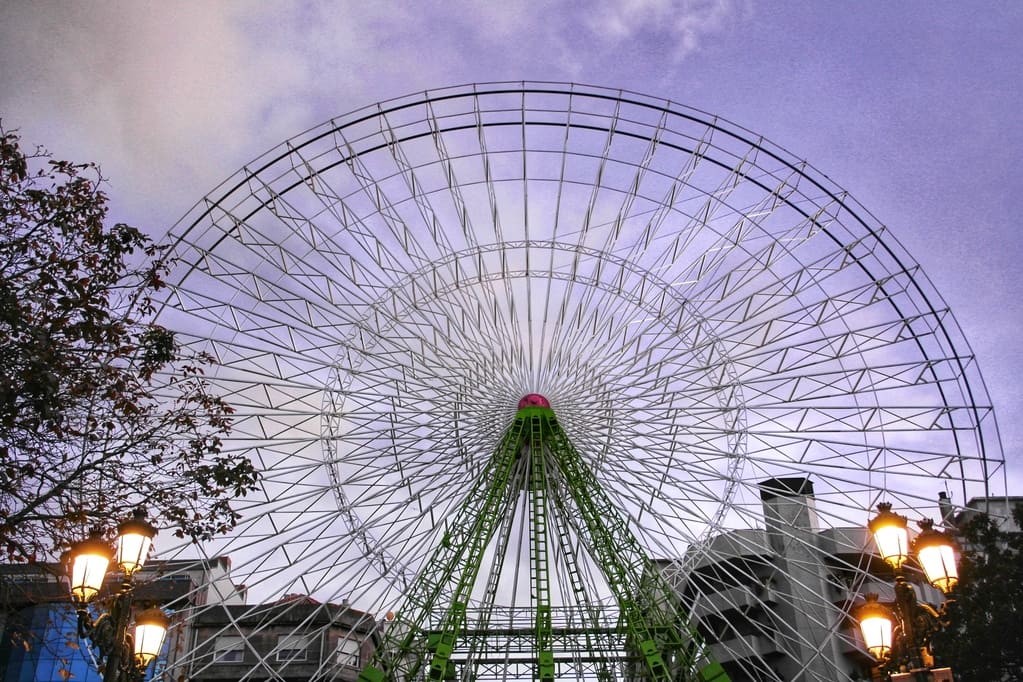 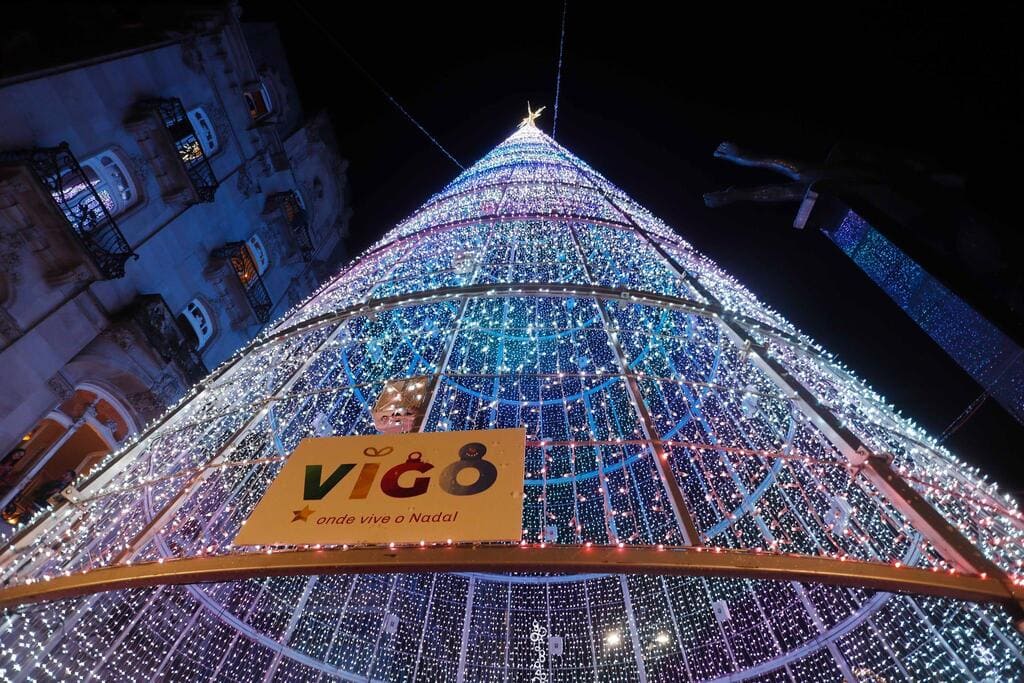 A tree rising up to 35 metres

The epicentre of Christmas will be once again Porta do Sol Square, where an almost 35-metres tall giant tree that will outshine the famous statue of Sireno itself will be set up. The lightning party, filled with music and surprises, will take place there on Saturday, 23rd November, at 8 pm.

Here, in the heart of Vigo’s Old Town, the Council has set up a clock that counts down the days left until the great evening of the unveiling. Those who wish to immortalise their visit to the city will have the chance to do so in two photocall areas with giant letters making the name of the city and Christmas motifs located in 4 Urzáiz Street and A Pedra Square, heart of his historical town.

The full programme of activities is yet to be confirmed, including the great Father Christmas bikers’ route that gathers thousands of participants every year as well as the concerts and shows that will round off the leisure offer for Vigo’s one month and a half Christmas. 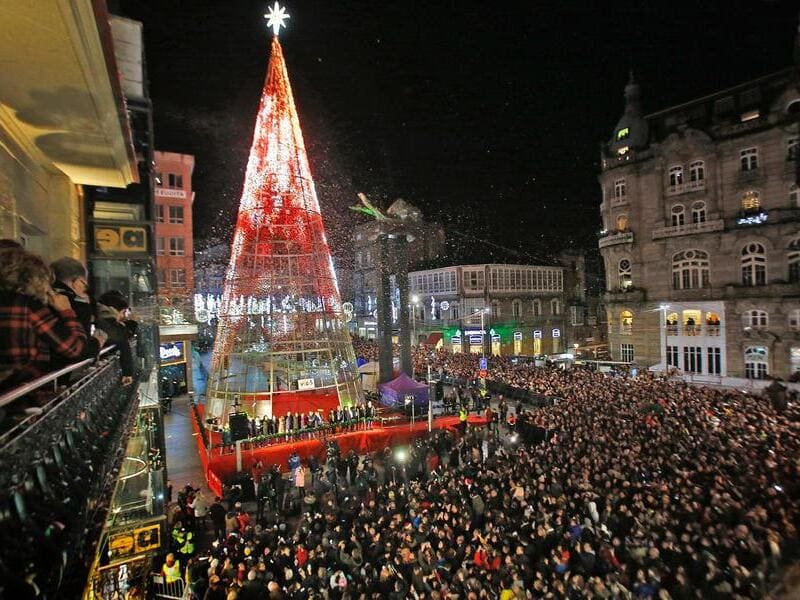 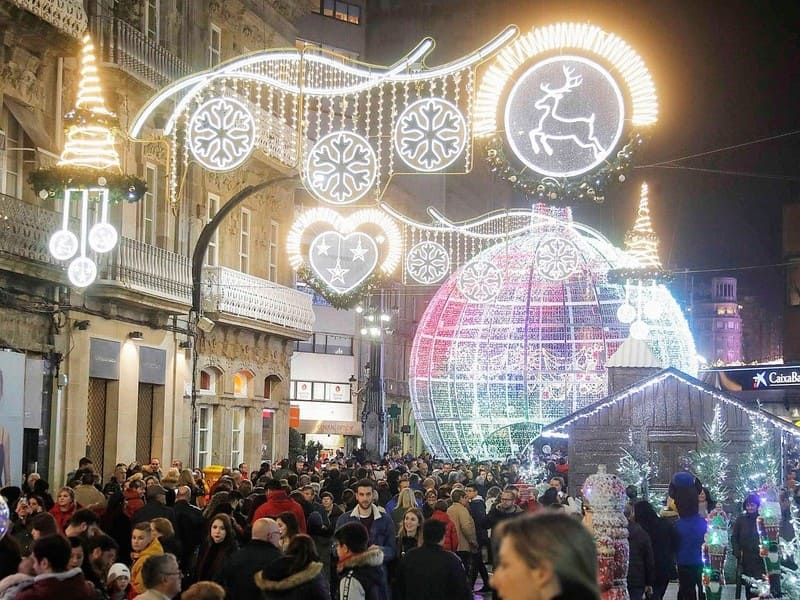 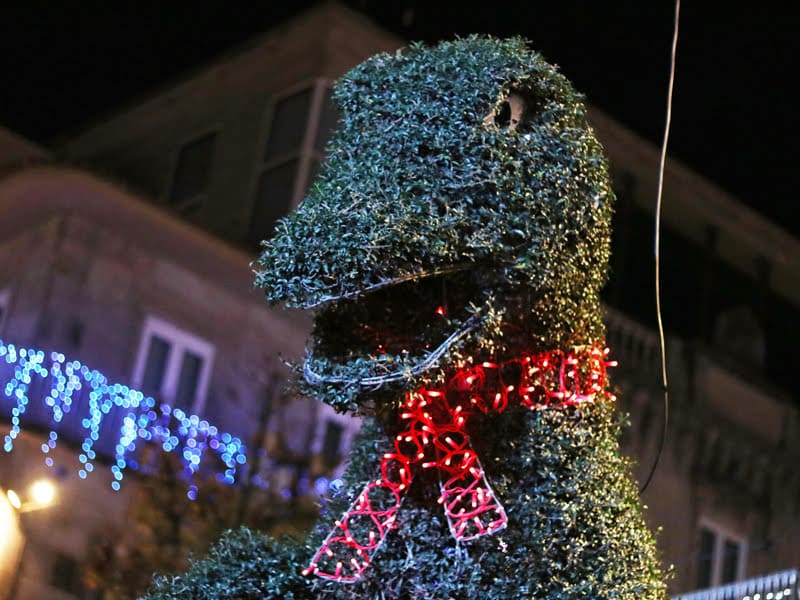 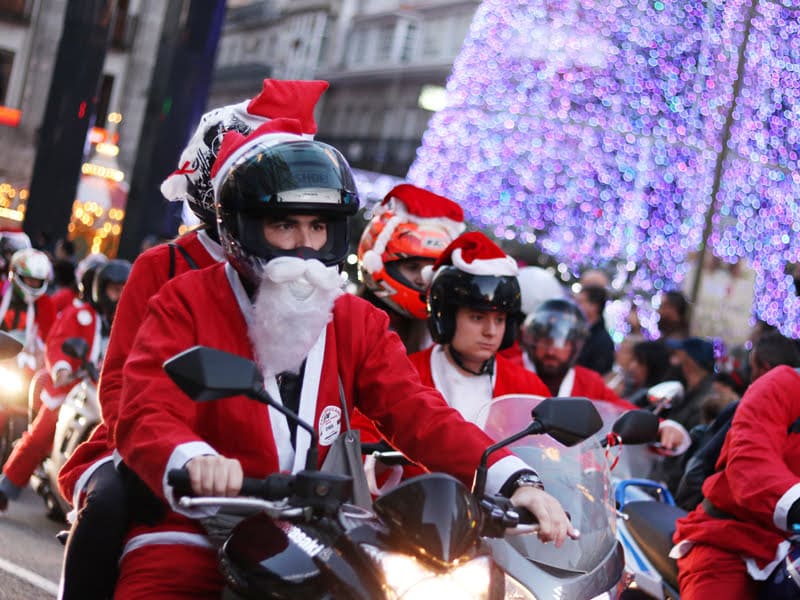 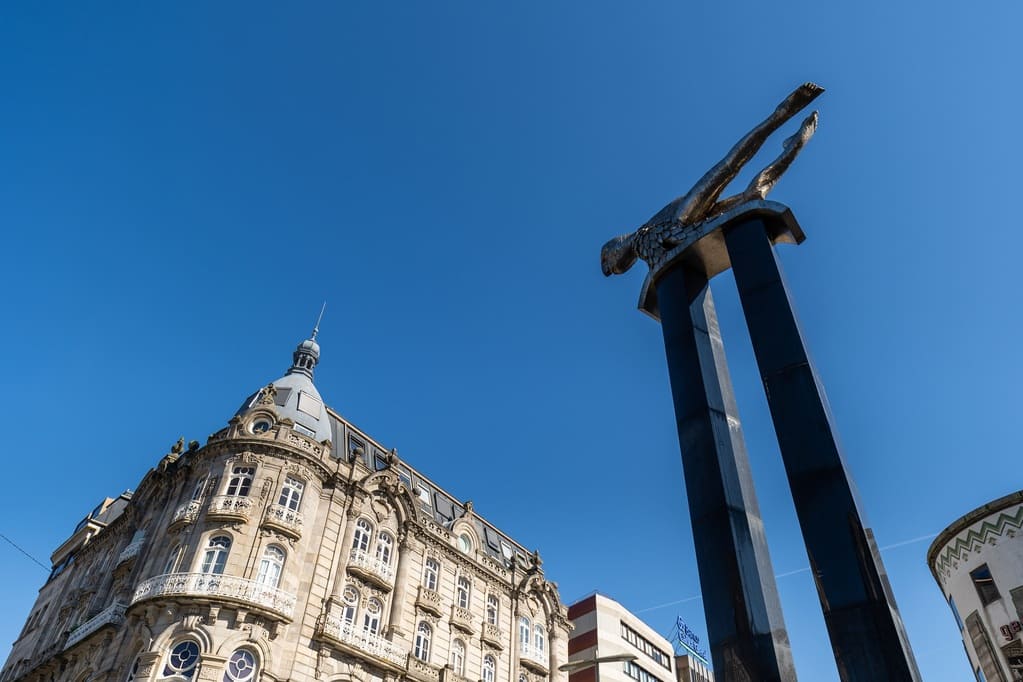 Vigo from Porta do Sol 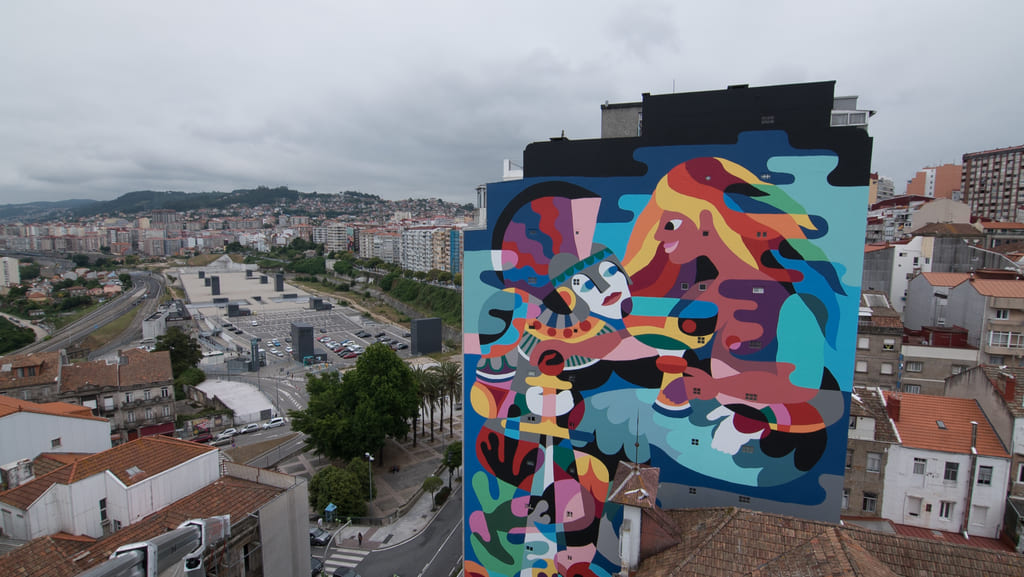 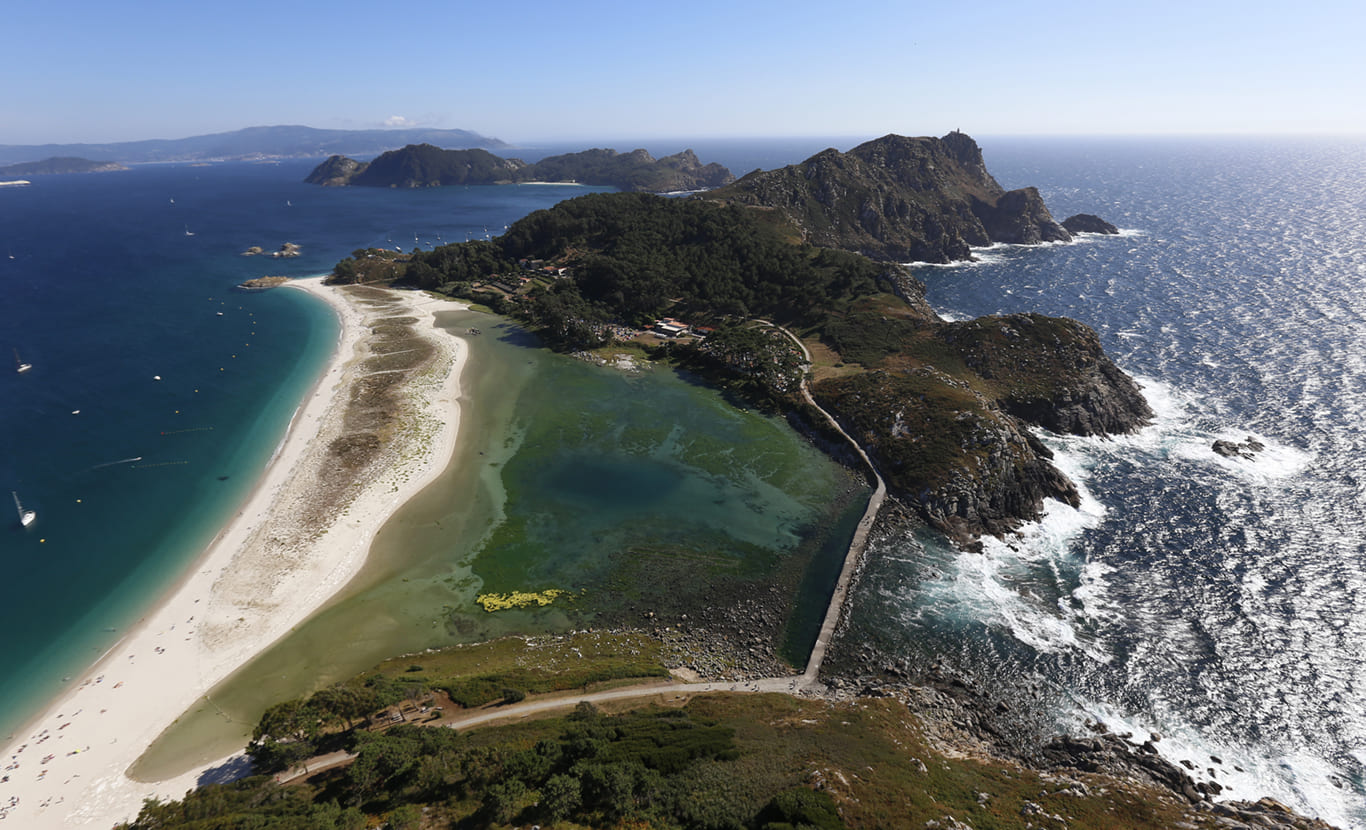