The importance of the As Rías Baixas riverscape lies not only on its beautiful landscapes. If you follow the paths along its rivers, you will discover places of great biological, historical and ethnological interest. Discovering a leafy forest, following the river routes, relaxing along one of their fluvial paths, or listening to the gentle sound of water, and enjoying the beauty of the cascades are enough reasons to visit places that will always surprise us with some hidden treasure.

In the southern part of the province of Pontevedra is the most important river in Galicia, which passes through the towns of Crecente, Arbo, As Neves, Salvaterra de Miño, Salceda de Caselas, Tui, Tomiño, O Rosal and A Guarda, to flow into the Atlantic Ocean. This river is also the natural border with Portugal. Its estuary enjoys a great biodiversity and is a perfect place for birdwatching. 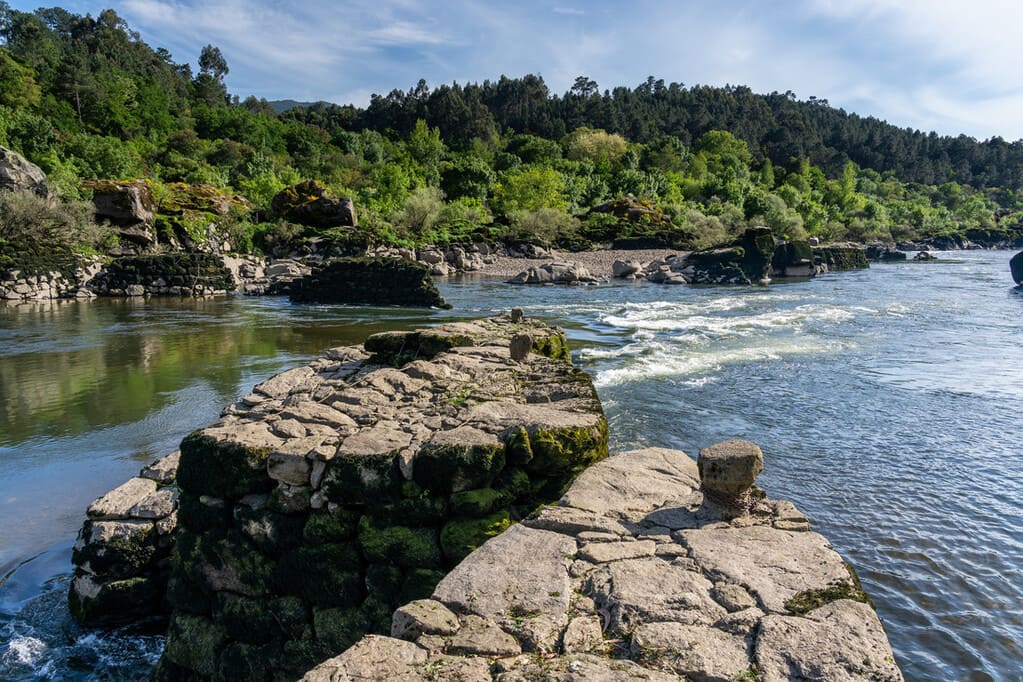 These rivers have their source in the hills of O Cando and O Suído. In its origin, Verdugo is a fast-flowing river with turbid waters, but it flows slowly as it meets the Oitavén River until it flows into the coastal inlet Ría de Vigo. 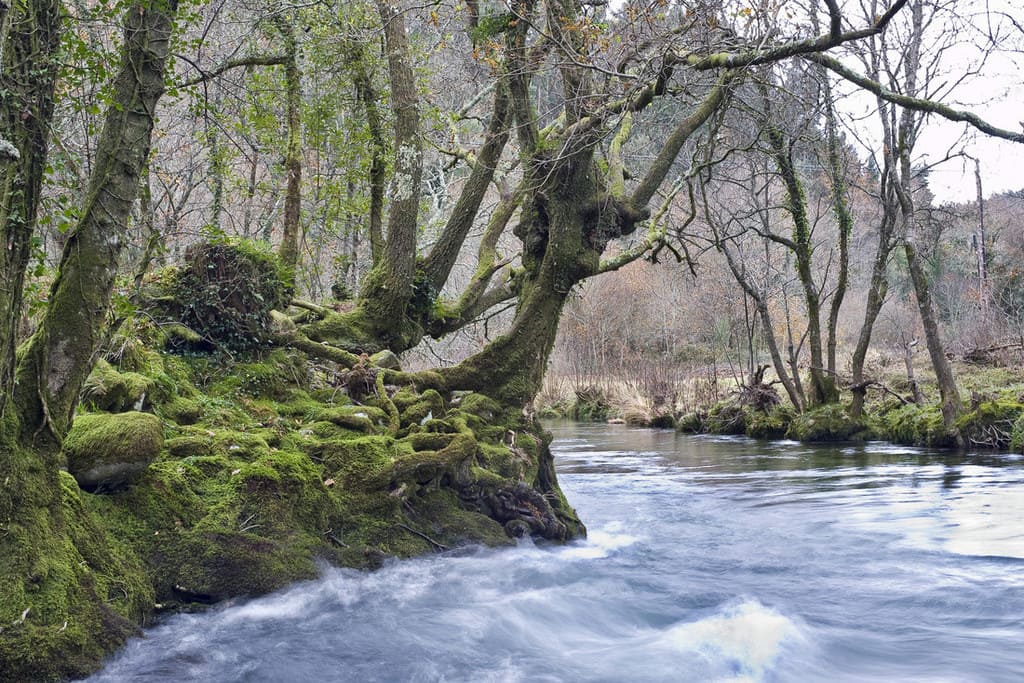 Listed as a Site of Community Importance, the Lérez River has its source at 900 m of altitude, in the O Candán Hill (Forcarei). As it flows into the sea, it crosses riverside and deciduous forests of native oaks, chestnut trees, birches and pines. There are also very good riverside specimens of plants and animals and its river course has a high potential for fish production. 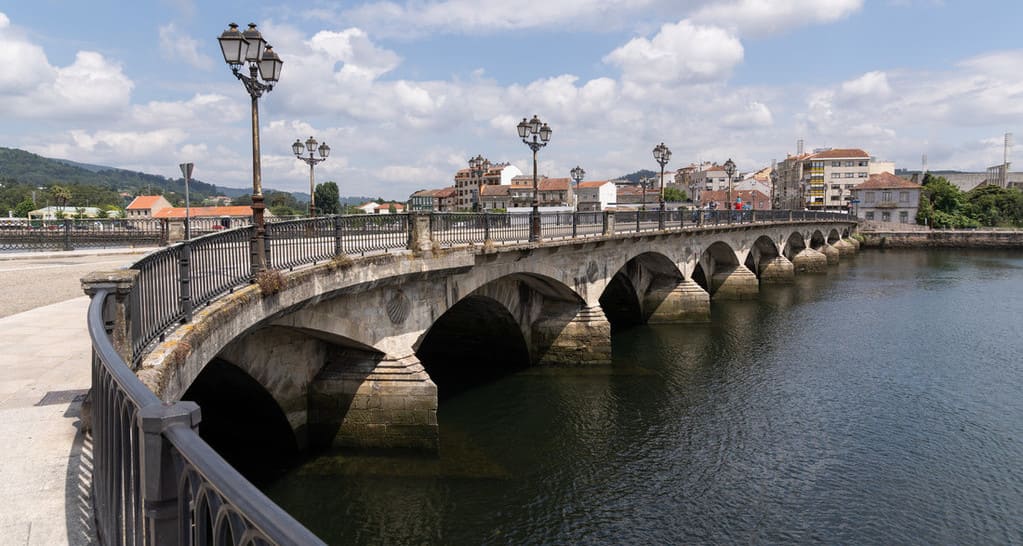 Its origin is in the parish of Aciveiro (Forcarei) and is 63 km long, it flows from the inland part of the province into the Ría de Arousa, passing through the towns of Forcarei, Cerdedo-Cotobade, A Estrada, Cuntis, Moraña, Caldas de Reis, Portas, Barro, Vilanova de Arousa, Meis, Ribadumia and Cambados. In the estuary, you can see, depending on the season, a large number of migratory birds. 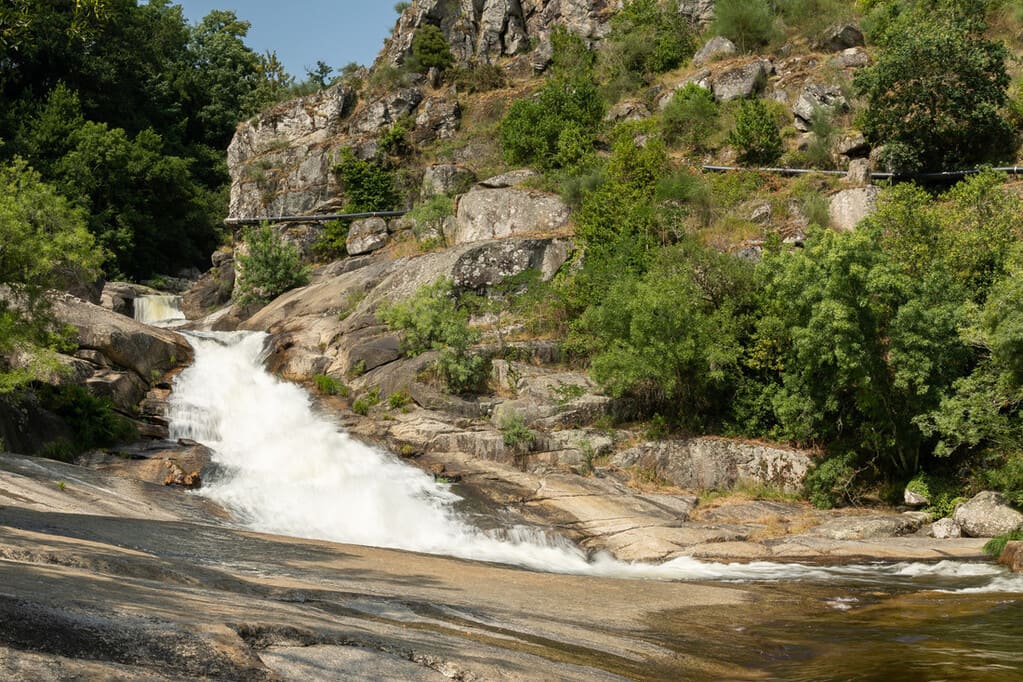 It is one of the longest and fast-flowing rivers in Galicia. Its main tributary is the Deza River, which gives its name to a region of great biological interest with important deposits of tungsten, tin and olivine. 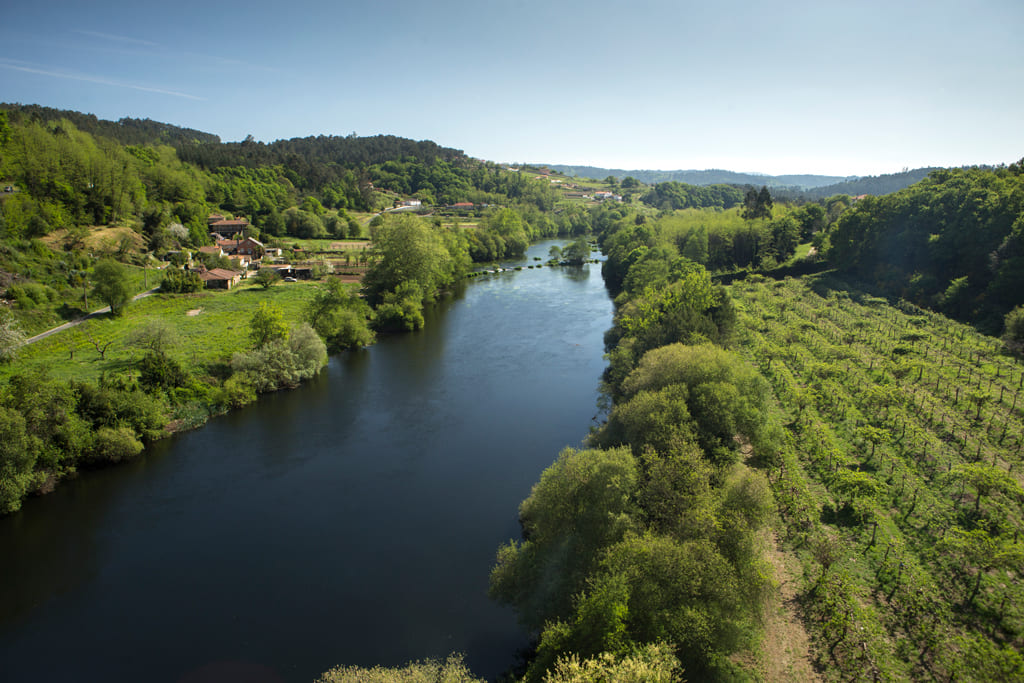