The inlet Ría de Vigo was a source of inspiration for the Galician medieval troubadours and even for the famous writer Jules Verne. The Galician writer Emilia Pardo Bazán also found in the spa Balneario de Mondariz and in the region of Deza a haven of peace to write her works. In the same way, María Vinyals let her imagination run wild in the Soutomaior Castle. There, she used to play as a child and would later invite the most prominent personalities of the time.

The works by the author Neira Vilas were also deeply influenced by the town of Vila de Cruces, where he lived. Vilanova de Arousa was the birthplace and source of creativity for Ramón María del Valle-Inclán, as well as for other talented writers as Francisco Camba and Julio Camba. Bernardino Graña, popularly known as the poet of the sea, sang about the fishermen in Cangas and the beauty and immensity of the landscape of the region of O Morrazo. For his part, the writer Ramón Cabanillas was strongly linked to the town of Cambados, where, today, one can admire a statue of the writer sat on a bench facing the sea.

María Vinyals at the Soutomaior Castle 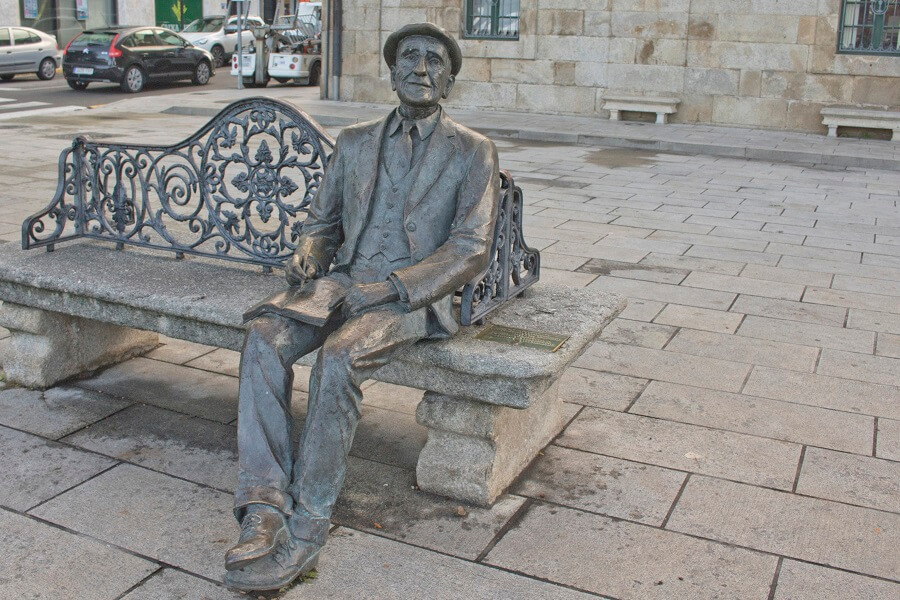 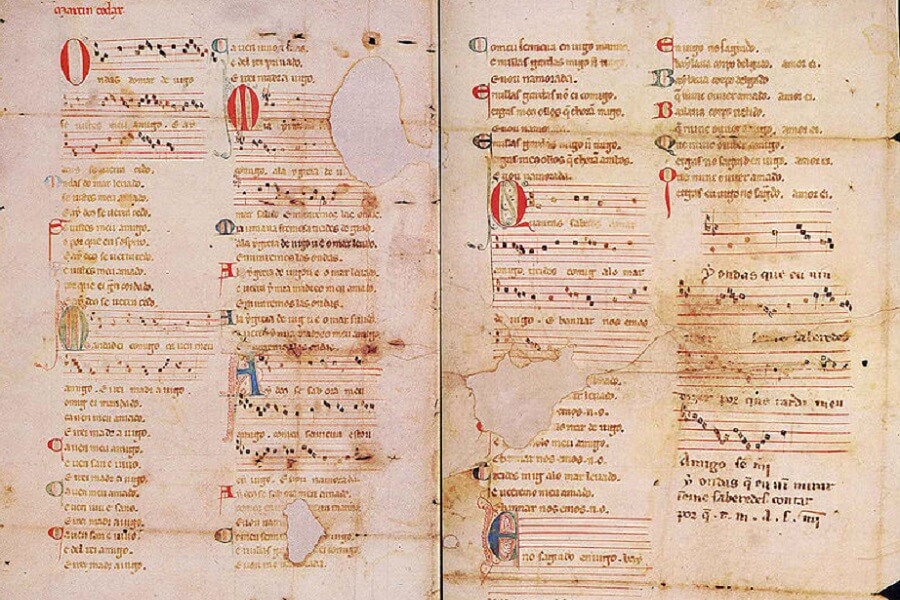 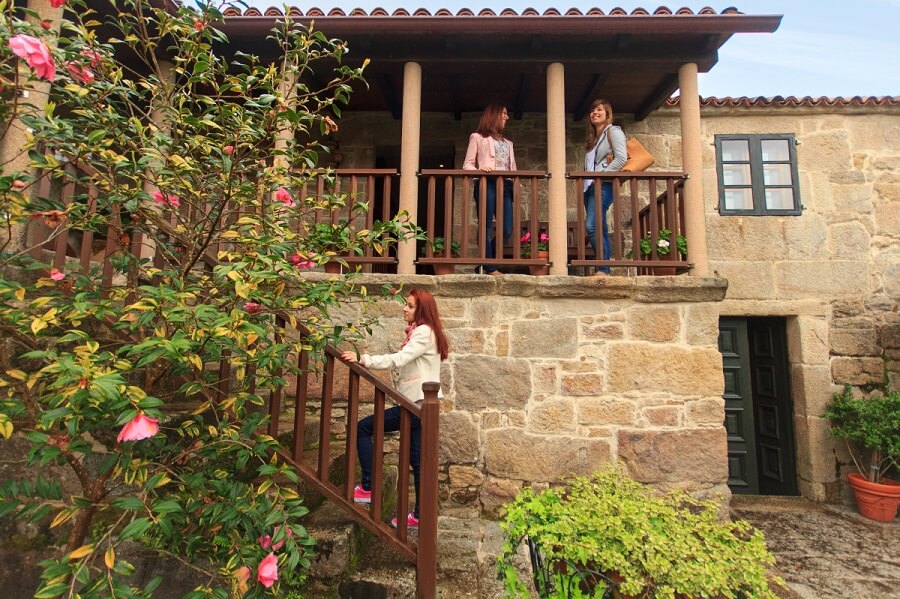 The artist Castelao spent the most important years of his life in Pontevedra, a town that was then experiencing a period of great intellectual activity. Cantares Gallegos, a work that would mark the period of revitalization of the Galician language, known as Rexurdimento, was published in 1863 in Vigo. Both towns, Pontevedra and Vigo, have been up to the present time linked to a great number of authors, born or somehow bond with these towns, but all of them immersed in their rich literary atmosphere. Pontevedra’s love affair with literature can be felt everywhere.

Other writers have been somehow linked with the province, such as the Brazilian Nélida Piñón, whose parents were from the village of Cotobade. Other universal authors were deeply impressed by the province in their short visits. Such is the case of Jules Verne, who have made the treasures of Rande known to his readers; or Julio Cortázar, who swam "like Poseidon" in Nigrán. A land filled with literature, culture and magical landscapes. 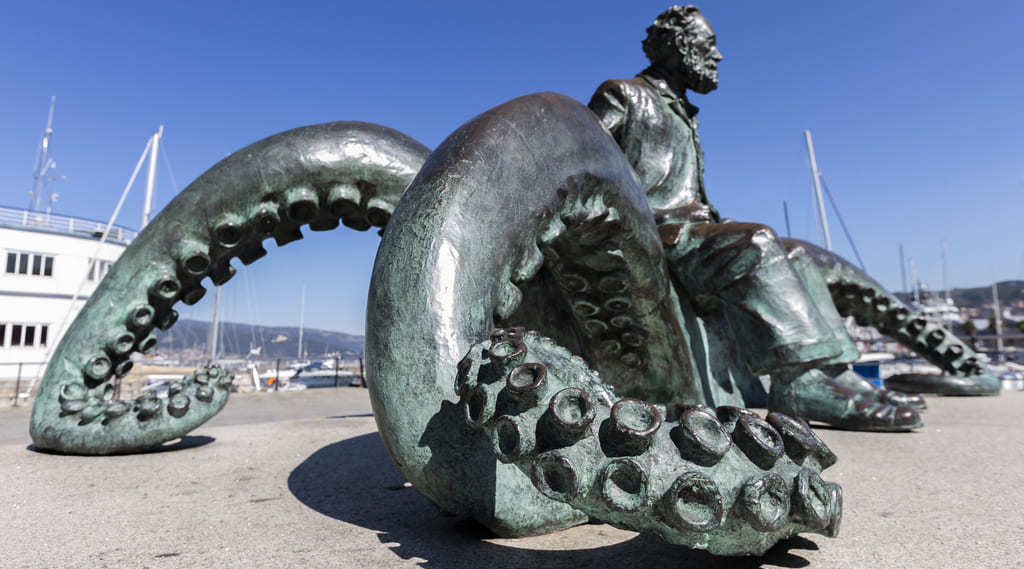 Vigo on board the Nautilus

Jules Verne was inspired by the legend of the sunken galleons in Rande in his novel Twenty Thousand Leagues Under the Sea. "Well, Professor Aronnax, we're actually in that Bay of Vigo, and all that's left is for you to probe the mysteries of the place”. With these words and on board the Nautilus, Captain Nemo asked his prisoner, the biologist Pierre Aronnax, to take part in the search for the sunken gold in the Ría de Vigo. A century and a half later, the sculpture by José Molares reminds us of the mention of Vigo in this work by the brilliant writer.