Dance of Saint Roch in Hío

Every 16th of August, the parish of O Hío, in Cangas, hosts one of the most long-lasting festivals in the region: the Ancestral Dance of Saint Roch. This tradition has survived difficulties for hundreds of years and has been preserved until today. 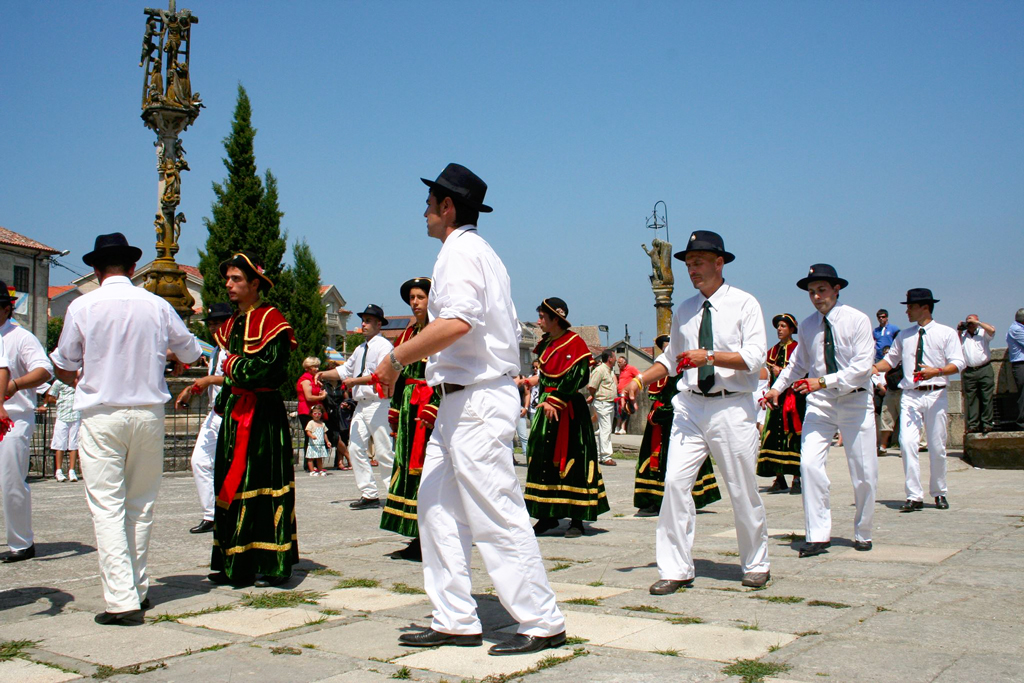 Sixteen people, five donas ("ladies"), popularly known as sanroquiños, and ten galáns (gentlemen) perform this dance. However, despite their names, and unlike other similar traditional dances, only men participate. Galáns wear white shirts and trousers, blue jackets and felt hats; whereas the sanroquiños, chosen among the youngest locals, wear the colourful San Roch's attire. All of them follow the instructions of the guide, the oldest of the group, who organizes and manages the event from beginning to end.

The dance starts in the morning, after solemn mass, celebrated at noon, and the Saint Roch procession. Dancers march kneeling down every three steps and, on their way back to the church, with the saint without his shirt, they perform the contradanza, with a sudden change in the rhythm. They are accompanied by the sound of a bagpipe and a drum. 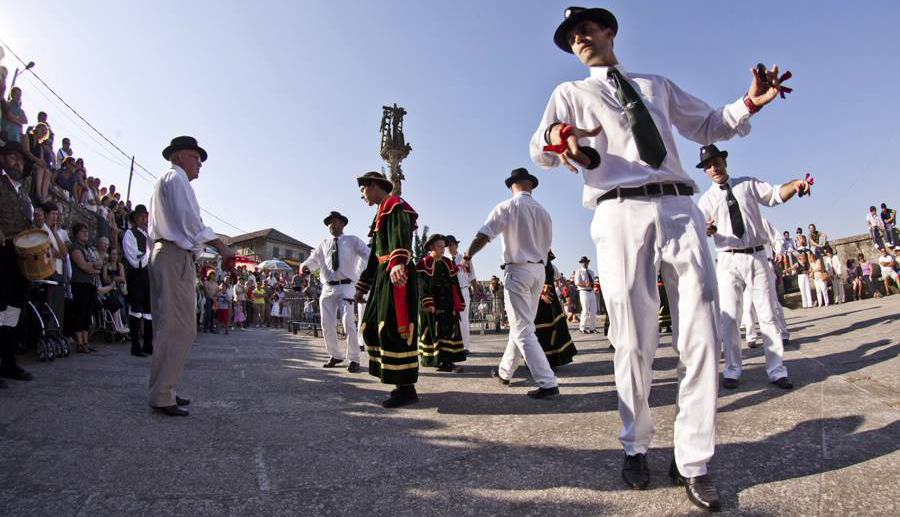 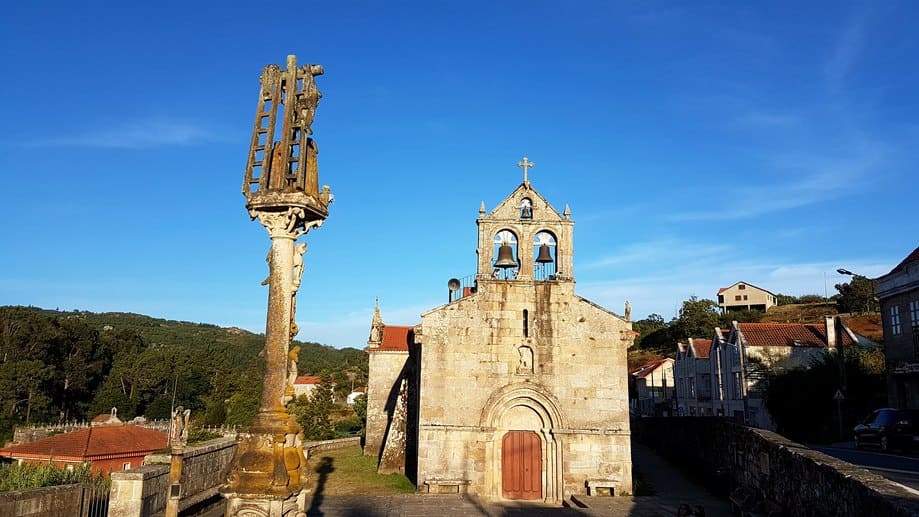 The dance, lasting 45 minutes, is repeated in the evening, usually at 7:00 pm, but this time without the saint as it does not have a religious nature.

Only people from O Hío can participate in the performance and there must be a vacancy in the group. They dance before the majestic cruceiro (stone cross) dated from 1872, which is considered the best in Galicia and was sculpted by the artist Cerviño, mostly using a single piece of granite. 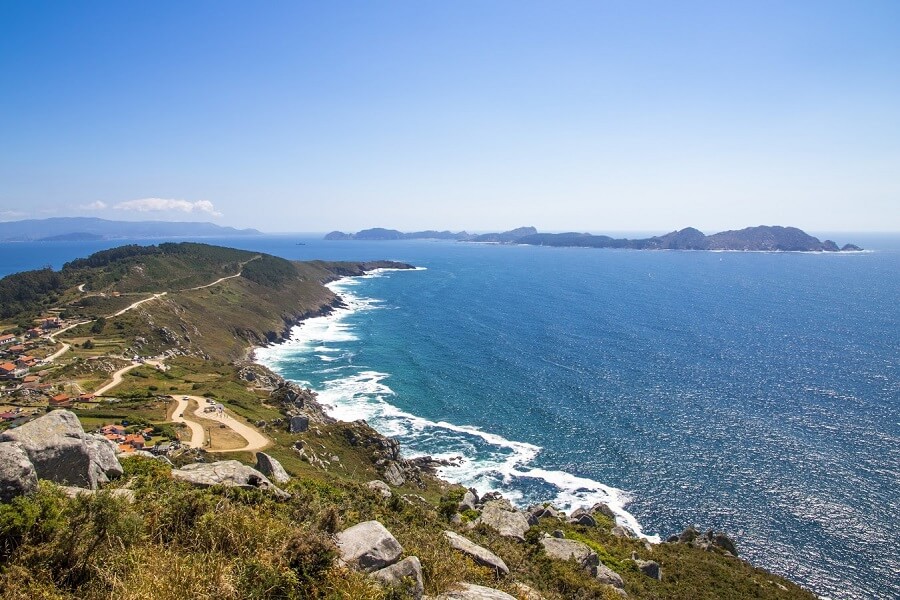 The origin of this festival has been controversial. Some historians consider it as part of a feast to honour Saint Roch for having stopped the plague, whereas others think it is a recreation of the dances that used to be performed by the local nobility. However, regardless of its origin, the truth is that it is a remarkable event, especially after being declared Festival of Tourist Interest in Galicia in 2005. Other interesting ancestral dances are performed in different parishes of Cangas, such as the one in Aldán, on the 20th January, or in Darbo, on the 8th September.