By the San Simón Bay there is a ritual which dates back to the 18th century and reflects the importance of the transmission of traditions from generation to generation. The spirit of the neighbours from Vilaboa have kept alive the popular carnival festival known as Entroido de Cobres, declared Festival of Tourist Interest in Galicia in 1999. 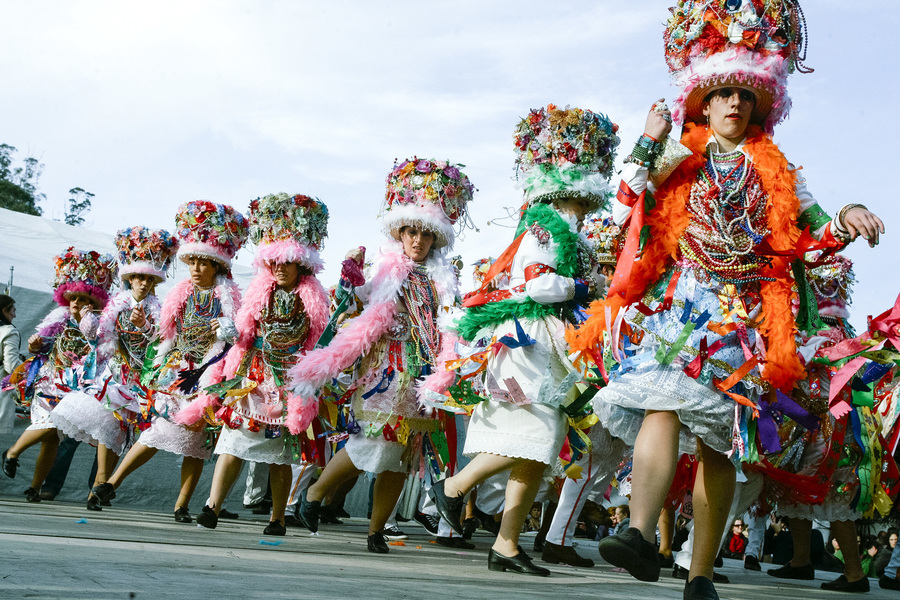 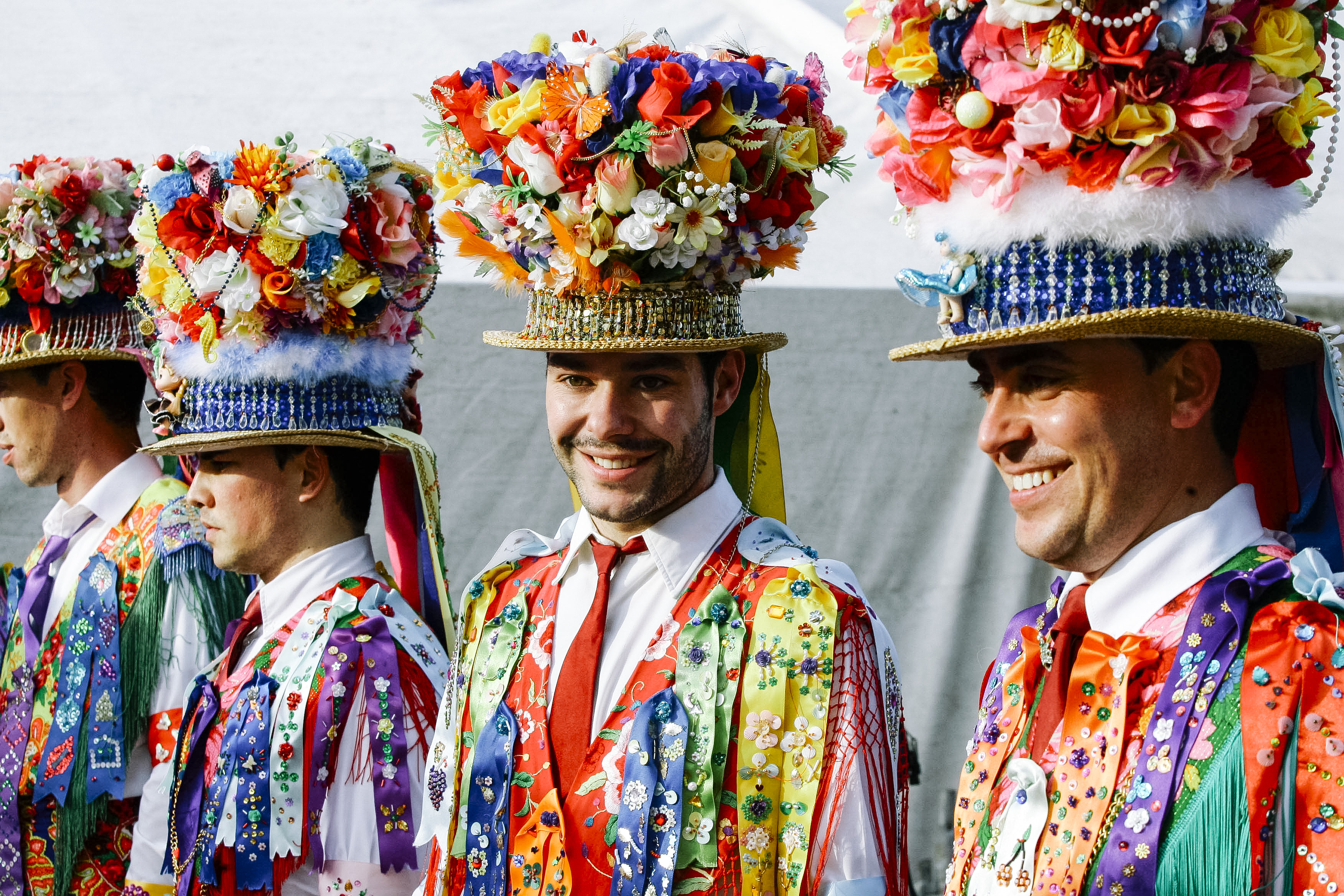 One of the most colourful celebrations in the province of Pontevedra has been preserved in San Adrián de Cobres and Santa Cristina de Cobres, two small parishes in As Rías Baixas. According to written documents of the time, it was traditionally known as Antroido dos Cobres, but its origins are not clear.

It is believed that the wealthy families of the area used to dress up to wander around the area during carnival, as proof of their status. Singles, representing their families, would proudly wear their attires. These are the popular characters known as madamas and galáns who, year after year, fill the parishes of Santa Cristina and Santo Adrán, in the town of Vilaboa, with colour and rhythm. Dances, music and the popular Danza dos Cobres go from house to house getting people into the festive spirit. The different households usually make a donation for the continuity of the festival and the larger the donation is, the greater the hubbub!

The different social classes are represented in the Entroido de Cobres, and this can be seen in clothing. Thus, there are aldeáns, humble workers wearing the uniforms of different trades; then, there are os de blanco, wearing simple attires, less colourful and adorned; and finally, leading the group, the madamas and galáns, neatly dressed, wearing white clothes covered with laces, ribbons of different colours, beads, jewellery pieces, etc. The most remarkable part of their costume is the large and colourful handmade hat, whose colours, bright pieces and flowers attract everyone's attention. It weighs between 6 and 8 kilos and at least half a year of work is needed to create such an eye-catching piece. 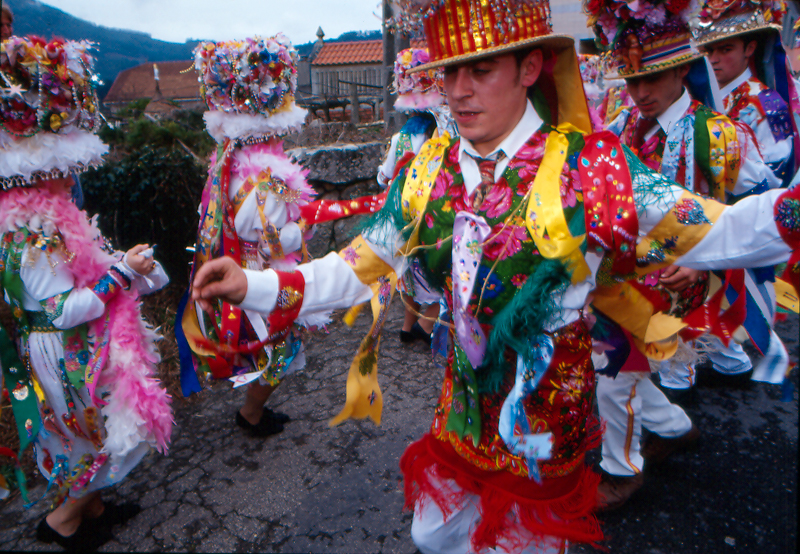 During this celebration, lasting from Saturday to Tuesday, you can enjoy charangas (wind and percussions bands who walk the streets while playing) and bands of folk music from As Rías Baixas. On the last day, one of the most awaited moments of the festival takes place: the Corrida do Galo, an event in which several traditional games are played at the Casa da Cultura de Riomaior Square. Finally, the predicador appears, a character who, without revealing their identity, criticizes all the events which have taken place in the area during the year. 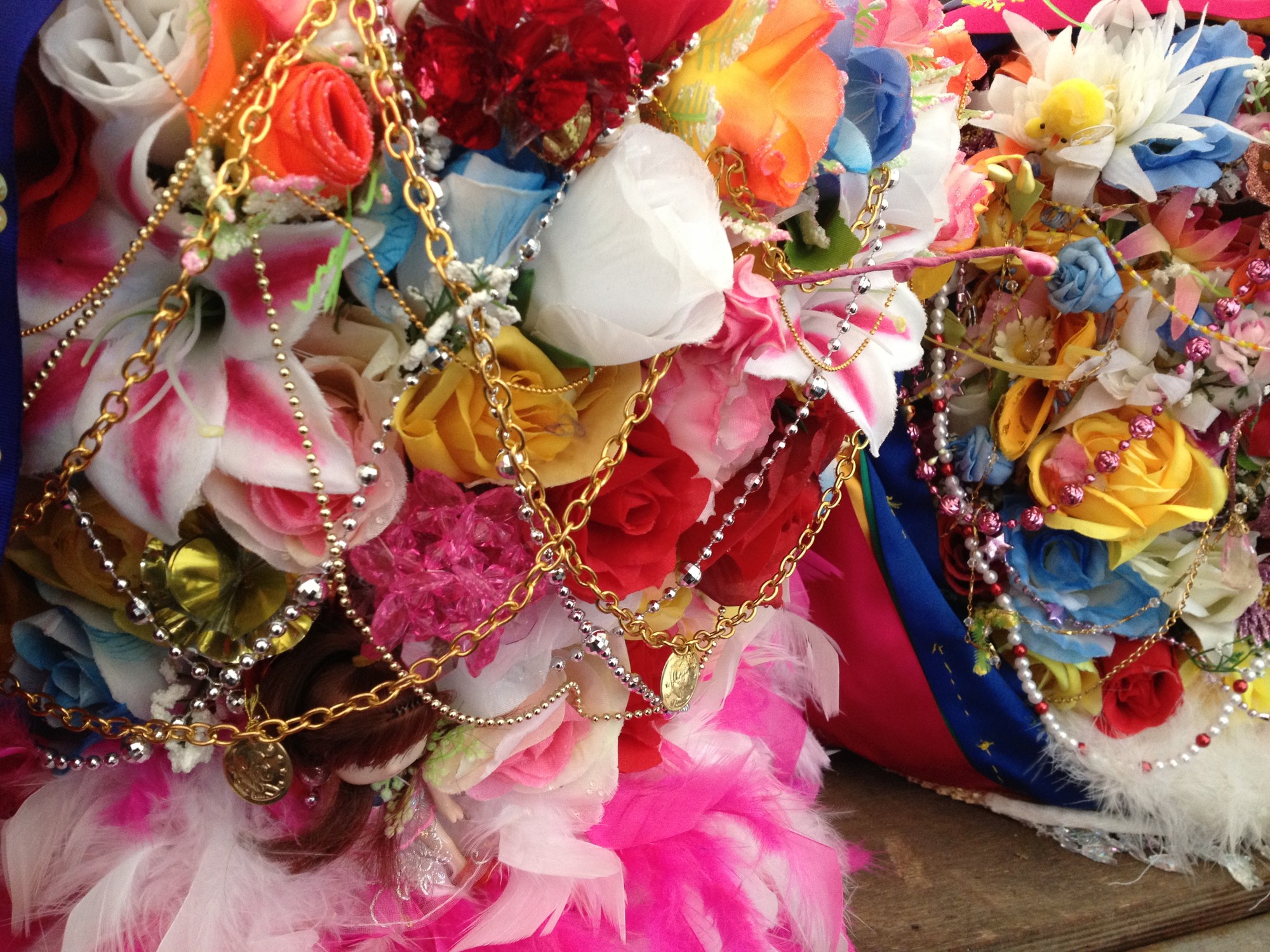 Coming from the capital of the province, you can cross Vilaboa to enter the region of O Morrazo. The inlets Ría de Vigo and Ría de Pontevedra enclose this peninsula where carnival is present everywhere. Come and experience great and unforgettable moments in As Rías Baixas!