Trout is the gastronomic product par excellence in Ponte Caldelas. This town has been extolling the virtues of this fish since 1967 in an event declared Festival of Tourist Interest in Galicia in 2001 due to its importance and popularity. The festival was created with two goals: rewarding the many river fishing enthusiasts in the region, and promoting the town. This event has consolidated over the years and now attracts more than 10,000 people who come to taste the portions of this king of the River Verdugo during the last weekend of May.

The Trout Festival, with over fifty years of history, was the initiative of a group of fishing enthusiasts. During this festival 6,300 portions of this delicacy are served to the flood of diners that come to Ponte Caldelas to taste it. In addition to the traditional recipes of trout in brine and pan-fried trout, new recipes, created in the tapas cooking course organised by the town council, have been added. These include dishes such as trout in empanada (a typical Galician pie, usually with a savoury filling) or trout with vinaigrette on toast. Local restaurants are really involved, and they offer a wide variety of fish dishes. 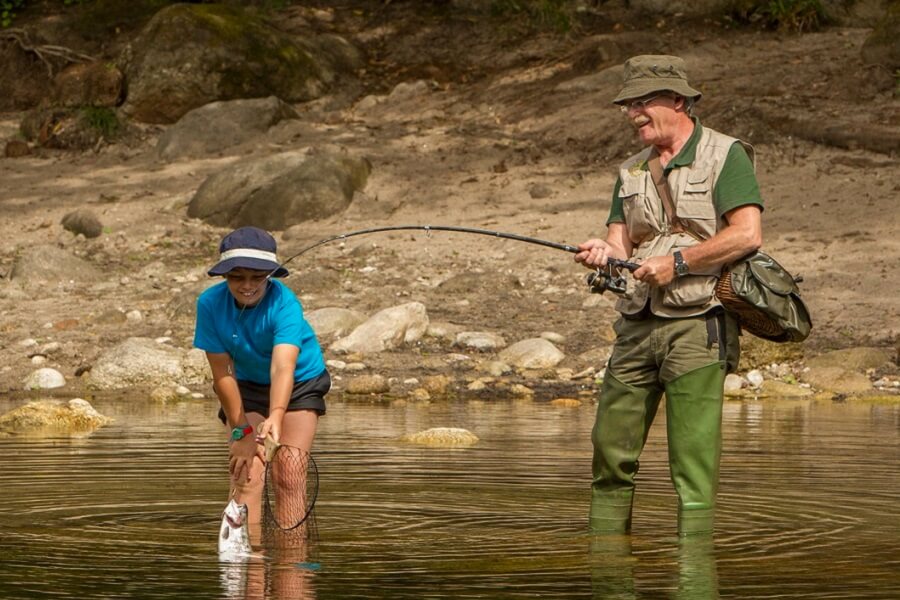 This fish is tasted in the alameda (tree-lined avenue), by the river. It is accompanied by several interesting activities such as exhibitions, concerts, sport events, fishing courses, a motorcycle rally and a choral competition.

The International Fishing Competition under the category of salmonids contributed to the creation and consolidation of the Trout Festival. Fishermen and fisherwoman coming from different places of Galicia and Portugal gather in Ponte Caldelas to get a good catch and to win some of the cherished trophies in the different categories.

The competition, one of the most awaited of the fishing season in the Euroregion, attracted, from the very beginning, many participants who, in turn, contributed to the promotion of Ponte Caldelas. Apart from celebrating a fellowship meal that also extols the trout, ludic and cultural activities were also organised and they contributed to consolidate it in the decades ahead. 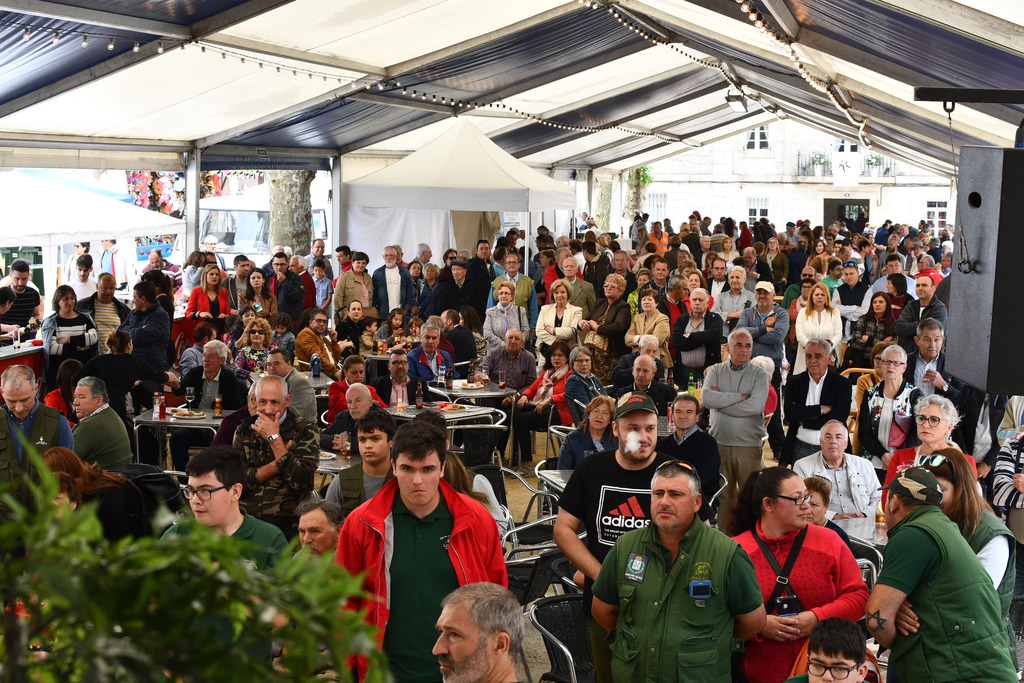 Originally, the festival was accompanied by the publication of the Libro da Festa da Troita (Book about the Trout Festival), that featured the programme of activities, the rules of the International Fishing Contest, and a report about the most significant events and news in the municipality. The first issue included an article by the writer Álvaro Cunqueiro in honour of the trout and a contribution of the historian José Filgueira Valverde. Another well-known Galician writer, Celso Emilio Ferreiro, and the film-maker Chano Piñeiro, also left their personal mark in the festival. "Galicia is the country of the ten thousand rivers", wrote the famous well-known Galician writer Álvaro Cunqueiro. The trout, which stands out not only for its exquisite flavour but also for their numerous nutritional properties, is the king of the River Verdugo.

Visiting Ponte Caldelas is an opportunity to be in touch with nature and to enjoy one of the best footpaths in Galicia. The town has an 8.3 km (5.1 miles) long itinerary, which was awarded with the Blue Flag. The route begins in the river beach close to the spa and it goes along the River Verdugo. This is the first inland route in Spain certified by the Association of Environmental Education and Consumer Affairs (ADEAC), which is a European organisation that awards blue flags. Throughout this route we can find the pontellas (clapper bridges), mills, a wayside shrine and fountains, among other ethnographical elements, everything surrounded by a magnificent landscape and a great diversity of flora and fauna.