Enjoy the atmosphere of the popular pubs in this traditional festival

The historic quarter of Moaña, in contrast to what occurs in most villages and towns, is located outside the urban area. It is found on the seashore, close to the port, as in most fishing villages of the Galician rías (coastal inlets). But this bustling town in the region of O Morrazo was originated in the upper part, in the parish of San Martiño.

There, you can visit a beautiful Romanesque church dating from the 12th century and the neighbourhood O Cruceiro, where centuries-old houses are interspersed with modern buildings. The festival is held in this place, where the furanchos are meeting points for thousands of people. 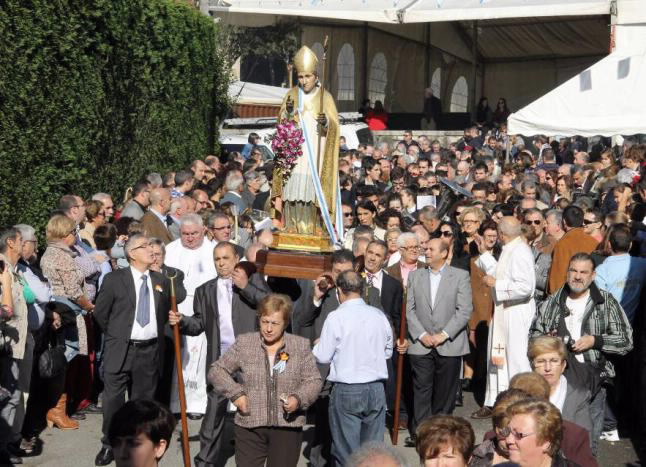 Every 11th November locals from Moaña go to the upper part of the town to celebrate the San Martiño Festival, with hundreds of people coming from other areas of O Morrazo and Galicia. The ground floors of the old houses are turned into furanchos, bursting at the seams and with a lively atmosphere, where groups of friends can taste a cup of wine paired with Galician typical products.

Here, bagpipes, tambourines and kettle drums are played, and musicians improvise songs, such as the muiñeira, the traditional Galician dance.

The San Martiño Festival starts early in the morning on 9 November and continues till dawn, extending over the following four days. Near the furanchos, set up on the ground floors of the houses, and surrounding the church, there are large marquees with stands where wine, empanada, Spanish tortilla and pork dishes are served. Participants can visit up to twenty pubs, some of them located outdoors and others inside the houses. During the festival, the neighbourhood of O Cruceiro becomes a large and bustling place.

The procession, which takes place on 11th November, on Saint Martin's Day, is the high point of the festival. The figures of the saint and of Our Lady of Mount Carmel, the latter made using a single oak trunk, are carried from the temple to the upper part of the town. Thousands of people gather along the streets up to the cruceiro (stone cross) which gives the neighbourhood its name, to admire the procession, which then returns to the parish church.

Groups playing traditional music and brass bands liven up the place. The programme of the festival includes games and other leisure activities. The night party, including concerts by popular Galician bands, attracts thousands of people that come to this festival to honour Saint Martin and also the local homemade wine. 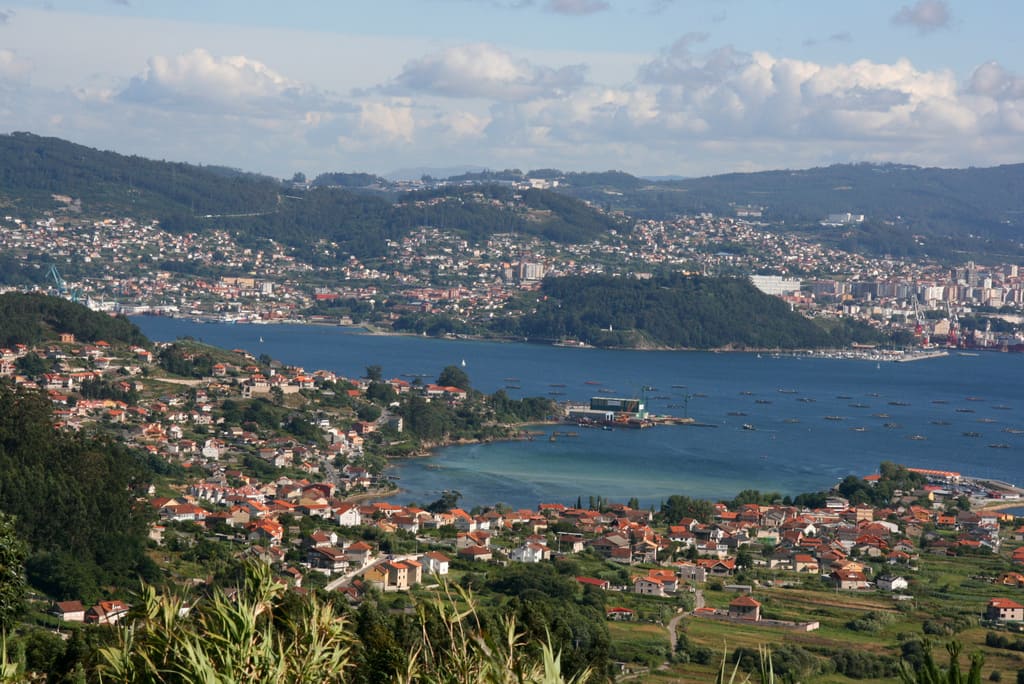 To round off the day…

If you want to round off the day during the San Martiño Festival, the town offers a large number of points of interest and fine restaurants.

One of the best places to visit if you want to have an overall impression of the area, is the viewpoint of A Fraga, where you can enjoy a panoramic view of the place as well as the ría with the bateas (platforms for mussel cultivation) and the skyline of the city of Vigo on the opposite shore.  In town centre you can walk along the seaside (the Alameda Park of Moaña), admiring monumental sculptures, such as O Fisgón. In addition, if you go with children, this area has a well-equipped playground. From there you can take a pleasant stroll along the seaside until O Con Beach, having a blue flag.

The largest beach in Moaña is A Xunqueira, with a recovered dune system, a wood walkway and a large green area with huge trees. If you walk towards the outskirts of the town, you will reach Samertolameu, with a beautiful park where you can have a good time.