Admiring the popular fireworks in Bouzas, the core coastal district of the city of Vigo , is one of the most popular and longstanding summer celebrations in Vigo. On the evening of the third Sunday of July, thousands of people look up to the sky to enjoy one of the most important fireworks displays in Galicia. The feast in honour of the Santísimo Cristo de los Afligidos (Holy Christ of the Afflicted), declared of Tourist Interest in Galicia in 2004, reaches its climax with this burst of colour

For five days, visitors can enjoy the wide variety of activities included in the programme of this festival held in the district of Bouzas: religious processions, the amazing fireworks display, music shows, events to pay homage to the elderly, parades of cabezudos (people wearing a costume with an oversized papier mâché head, common in Spanish tradition), activities and competitions for the whole family, and races of faluchos (the traditional boats used in the past to assist the ships anchored in the village).

The procession with the image of the saint takes place on Sunday evening in San Miguel Church . This temple is one of the most beautiful in the city for its splendid architecture, its location by the sea and its cruceiro (a stone cross), which is thought to mark the origin of the village. The image is carried by the members of the brotherhood Confraría do Santísimo Cristo dos Aflixidos de Bouzas. The first evidence of this feast, then organized by the sea guild associations, dates back to 1861. Today, thousands of people come to this procession and enjoy the subsequent fireworks show. 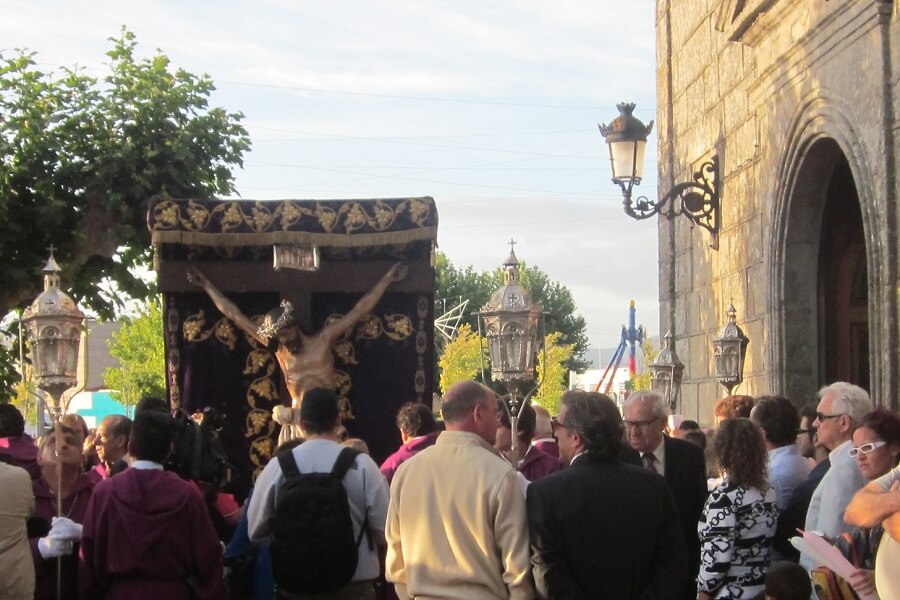 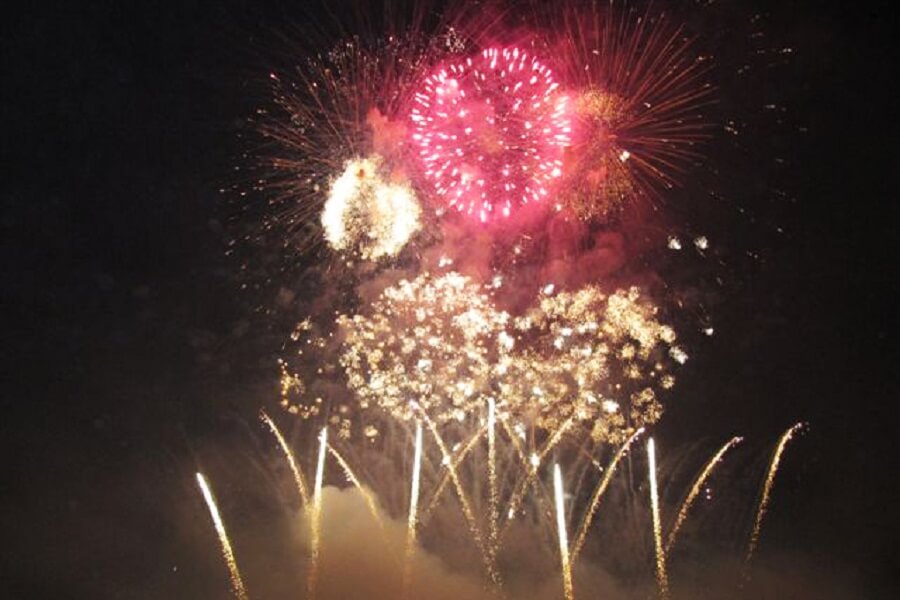 The fireworks are let off before the image of the Christ, which is placed in the churchyard. In addition, this display of colours in the sky of Bouzas is enlivened by a series of recitals of music and poetry. The spectacle can be admired from any part of the ría (coastal inlet) of Vigo and also from the boats.

The festival and the fireworks show in Bouzas are thought to have their origin in a maritime disaster which happened 400 years ago : a shipwreck occurred and locals went on procession carrying the image of the Christ. They marched through the narrow streets using the illuminations of the time to make signs to the sailors and guide them to dry land.

The fireworks show, visible from any part of the ría , includes different styles of poetry and music

The five-day festival, starting on the previous Friday with the opening speech, reaches its peak with the procession and the fireworks. The appointment of donas (ladies) and cabaleiros (gentlemen) of Bouzas , honouring those figures who contributed to the defence of the heritage and traditions of the village, is held on the same day at the headquarters of the Vigo free trade zone Zona Franca. 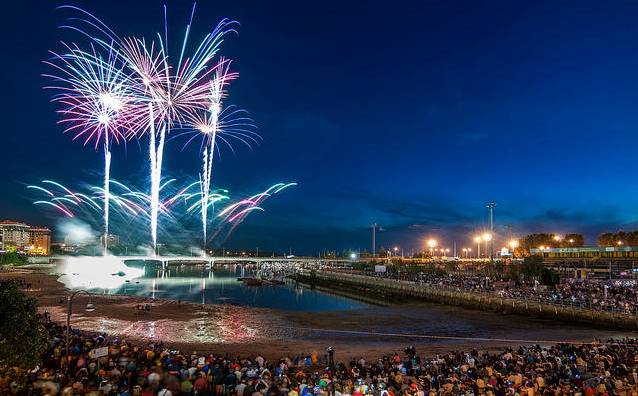 One of the most moving moments of the festival is the event to honour the elderly, which has been celebrated for 50 years. Among the attractions, besides the live music played through the streets, the World Championship of Faluchos also stands out. These competitions were already held during the 1850s, but then the tradition disappeared and it was finally revived in 1991.

Sunday is the great day in Bouzas, with the solemn mass, the procession, the fireworks display and an endless number of activities, but the festival offers much more. On Monday, they make the processions of Our Lady of Mount Carmel and Saint Telmo, both patron saints of the sea in Spanish Catholic culture. Dozens of boats escort the image of the Virgin in the sea procession, while Saint Telmo waits for her on the beach to continue the overland journey.

The festival finishes the following day with the procession of the Miraculous Draught of Fishes, with an image of Saint Peter as a fisherman dated back to 1942.