A Guarda will soon engage in ten days of celebrations revolving around Santa Trega Hill, a place steeped in history and dominated by the round houses that make up the most important archaeological site in the northwest of the Iberian Peninsula. The town immerses itself in the Festas do Monte, a festival declared of Galician Tourist Interest. The ascent to the top of the hill, which takes place on Sunday, is the major event among plenty of varied festive events.

The festival features a wide range of activities. Some of the highlights include open-air concerts and daces, popularly known as verbenas at the town’s public gardens, the Alameda, and the traditional folk parade Desfile Folklórico e de Bandas Mariñeiras, one of the events attracting the largest turnouts. Approximately 3,000 people take part in it among musical groups, the audience, and bands. The parade will take place on Saturday at midday.

Next day, in the morning, the festival will reach its peak with the ascent of the Bandas Mariñeiras to the hill. Attendees of the romería (a religious pilgrimage) embark on a festive and musical journey to the top of Santa Trega Hill promising to come back to the hill next year.

The Desfile Folklórico e de Bandas Mariñeiras, which will take place on Saturday at midday, expected to be attended by 3,000 people, will be the prelude to the hill’s ascent to have lunch and take the “xura” or oath.

More than 10,000 people gather at the mountain to join the lunch party and witness how the members of the Bandas take an oath with wine, a huge show in which locals brim with the colours of the clothing worn by each band. Bass drums, bagpipes, and tambourines fill the air with their unique sounds all day long until the party comes to an end with A Desfeita, the descent from the hill to the park Parque do Cancelón.

Other activities held during the week include footraces, the cycle-tour Marcha Cicloturista Popular, the Festas do Monte Roller Hockey Cup, activities intended for children at the Alameda and traditional music played by bagpipe bands on the streets of A Guarda. 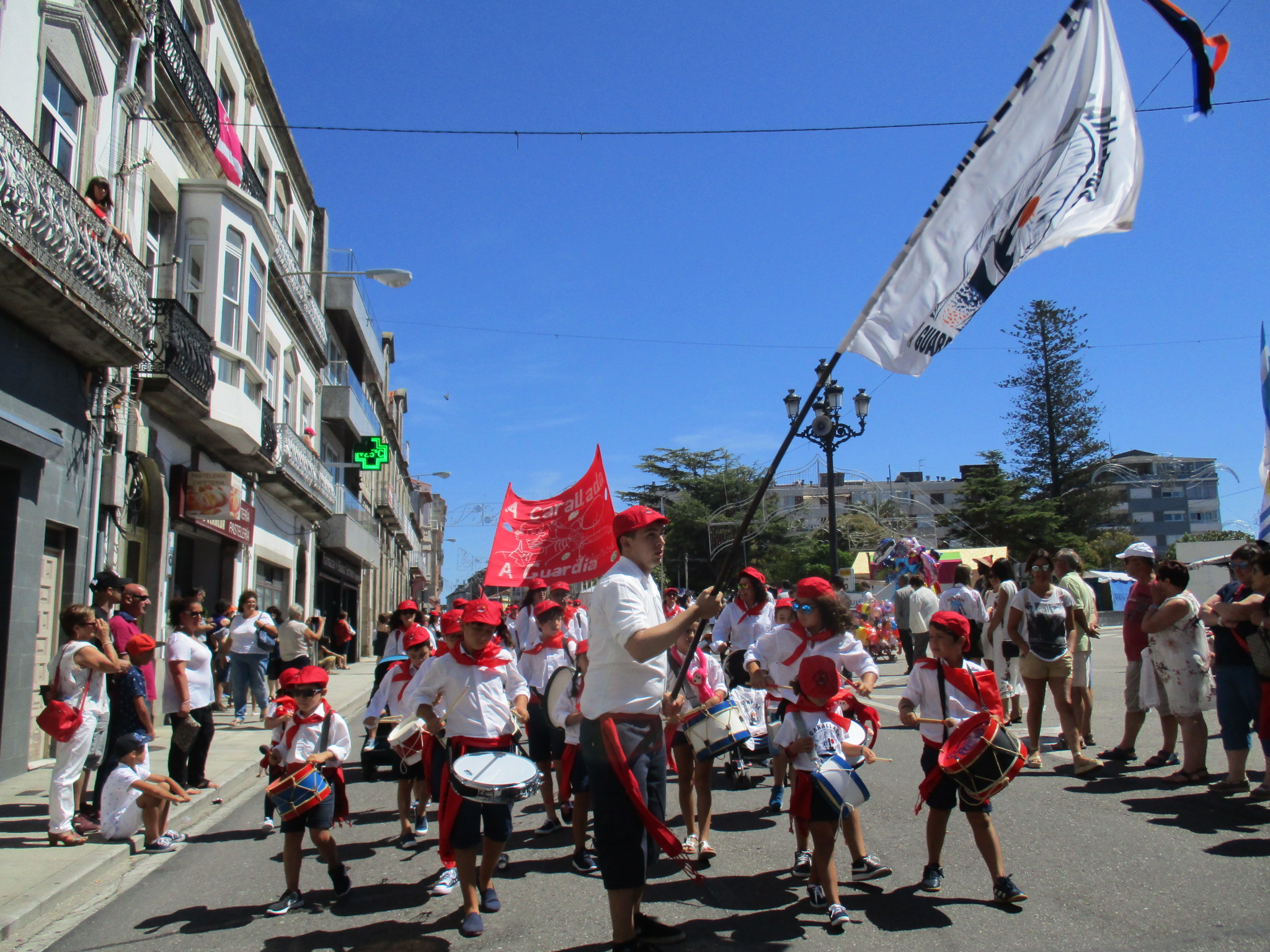 A festival tracing back to more than a century ago

In 1913, a great archaeological site was discovered in Santa Trega Hill. One year later, excavation works began and, as time went by, they became the most visited tourist and cultural spot in As Rías Baixas. The Festas do Monte were born as way to celebrate the Sociedade Pro-Monte de Santa Tecla’s initiative and all subsequent findings at this outstanding site.

Initially, the event was conceived as a small, family celebration, but it soon gained great relevance in the area, so it has been later topped up with side cultural activities.