Vikings attacked Galicia on several occasions to steal the gold of Jakobsland, the name they gave to Santiago de Compostela. Today, the remains of these old defensive buildings host on the first Sunday of August an exciting and amusing event which reenacts the landing of these Northerner warriors. This Festival of International Interest attracts every year more than 50,000 visitors.

The two towers, listed as a National Historic-Artistic Monument since 1931, had been part of a defence network together with the towers of A Lanzada and San Sandurniño, located in the towns of Sanxenxo and Cambados, respectively. From there, the guards sought support from Santiago de Compostela after alerting the town to the arrival of invaders.

The festival called Romería Vikinga was originated in 1961 by a group of friends who used to gather in the canteen of the train station while they were having a meal in honour of the archbishop Xelmírez, born in Catoira. Something occurred on that day at the canteen, run by Segundo Rodríguez Sánchez, founder of the forum Ateneo do Ullán: the group of friends saw a fire in the Isorna woods, in Rianxo —it's the Vikings' fire, they are attacking us! The Vikings are coming!—exclaimed presumably Faustino Rey Romero, poet and priest of Catoira. This anecdote would give way to a festival, now international. 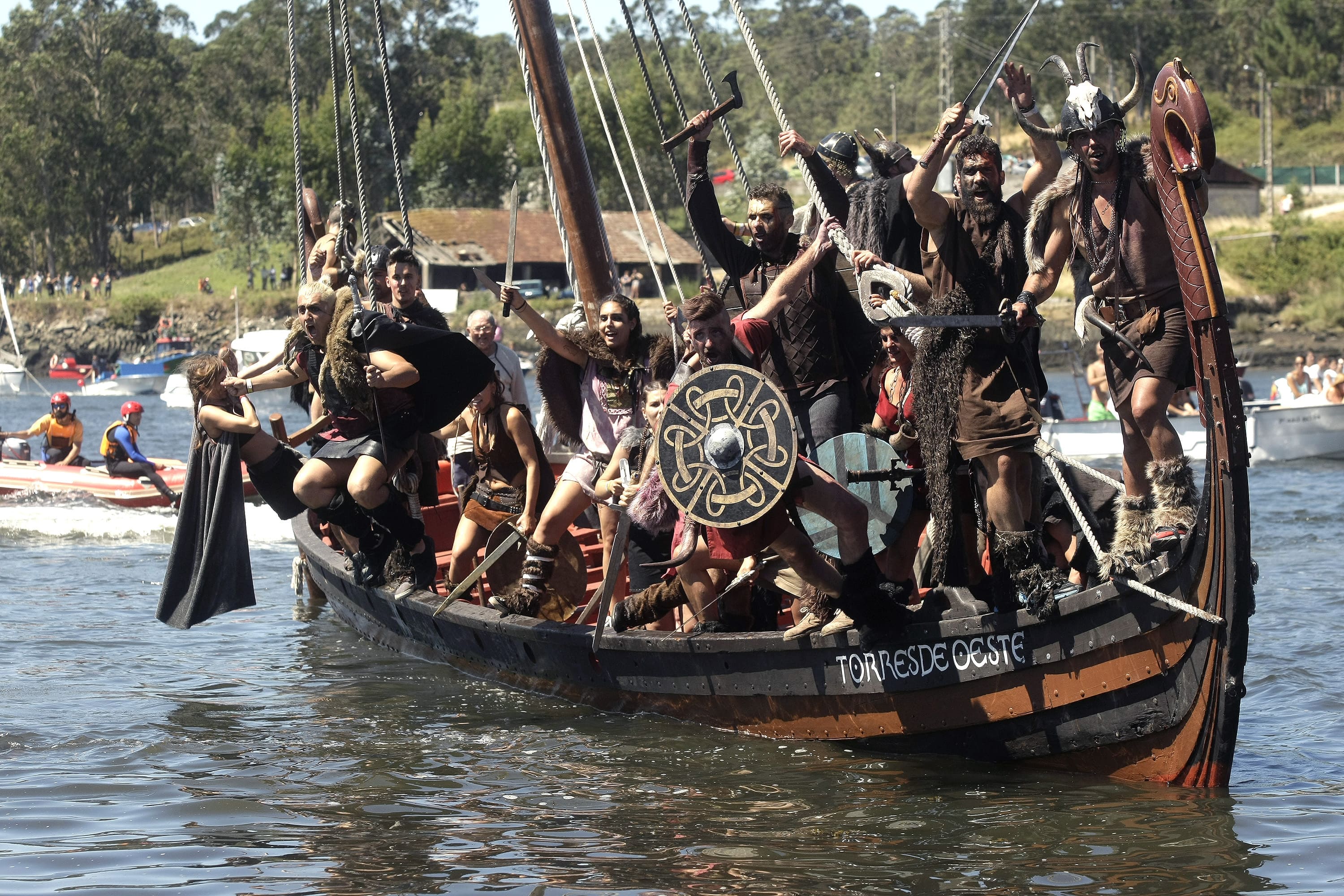 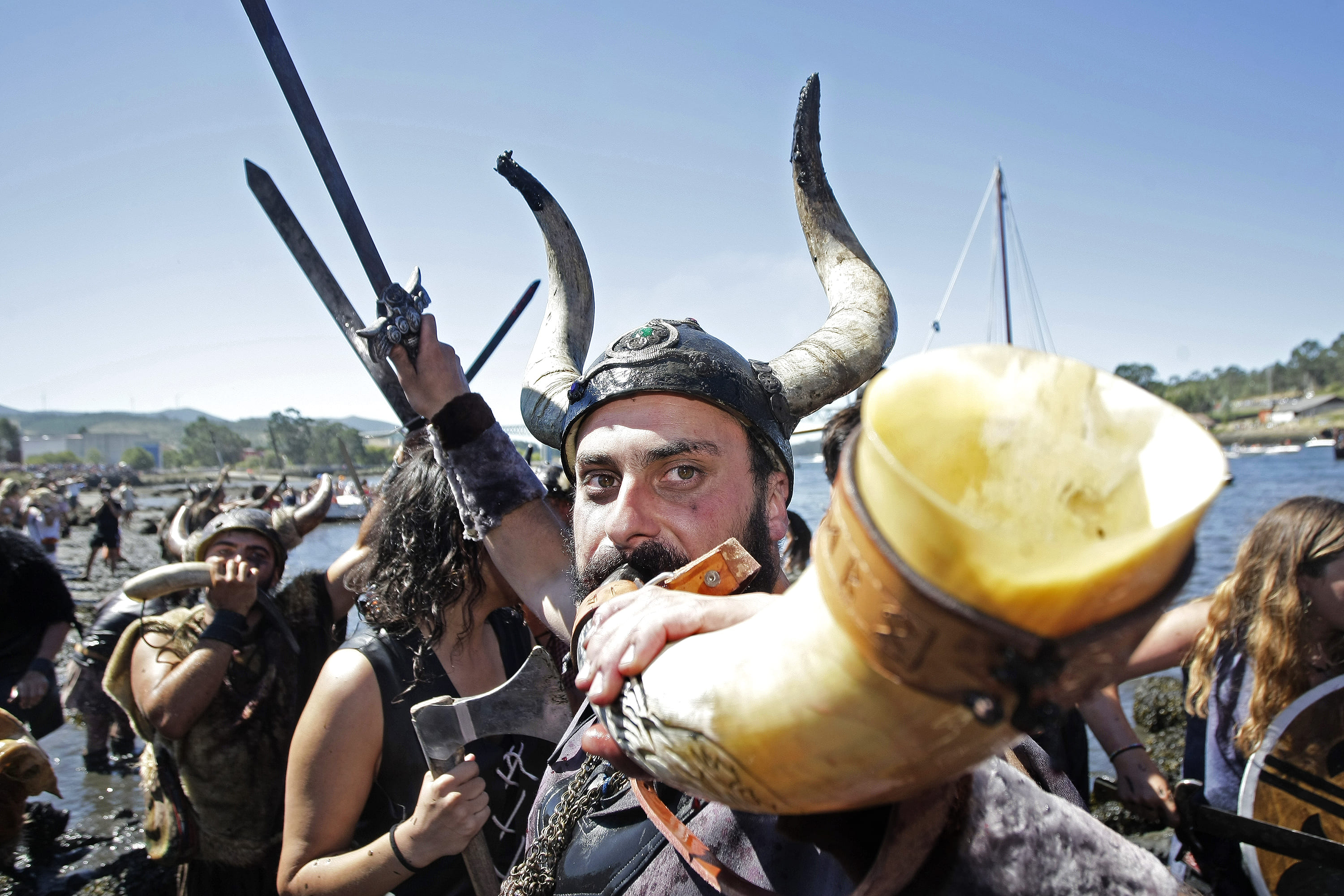 The following year, the recreation was repeated but including, for the first time, the character of Ulv, a Viking invader who arrived in the 11th century and went down as Ulv, The Galiciefarer. The first landing of "Northernmen" took place in 1968 using a sand mining boat turned into a drakkar. This ship had a high bow and stern, mascarons, sails, 24 rowing positions and capacity for 50 raiders.

Since 1965, the 200 workers of the factory Cedonosa, pioneer in the production of stoneware floor tiles, would organize the event and cover the expenses. Every year, hundreds of kilos of mussels and red wine from the Ulla River region were served, and this became a long-lasting tradition.

On the drakkars, more than 200 warriors hit their shields with their swords, which are raised just before stepping on dry land to find their loots

The local government, together with the Ateneo Vikingo, has organized the festival since 1991. The first drakkar, which was not even suitable for sailing, gave way to a five ship fleet since 2016: the drakkars Torres do Oeste and Frederikssund, and the galleons Illa de Cortegada, Kornaira and Úrsula, the last one property of the Ateneo Vikingo. On board, around 200 men with skirts, horned helmets, swords and shields raid Catoira right before the towers. This festival is enjoyed by thousands of people, coming not only from different towns and cities of Galicia, but also from other places of the Iberian Peninsula or even from other European countries. 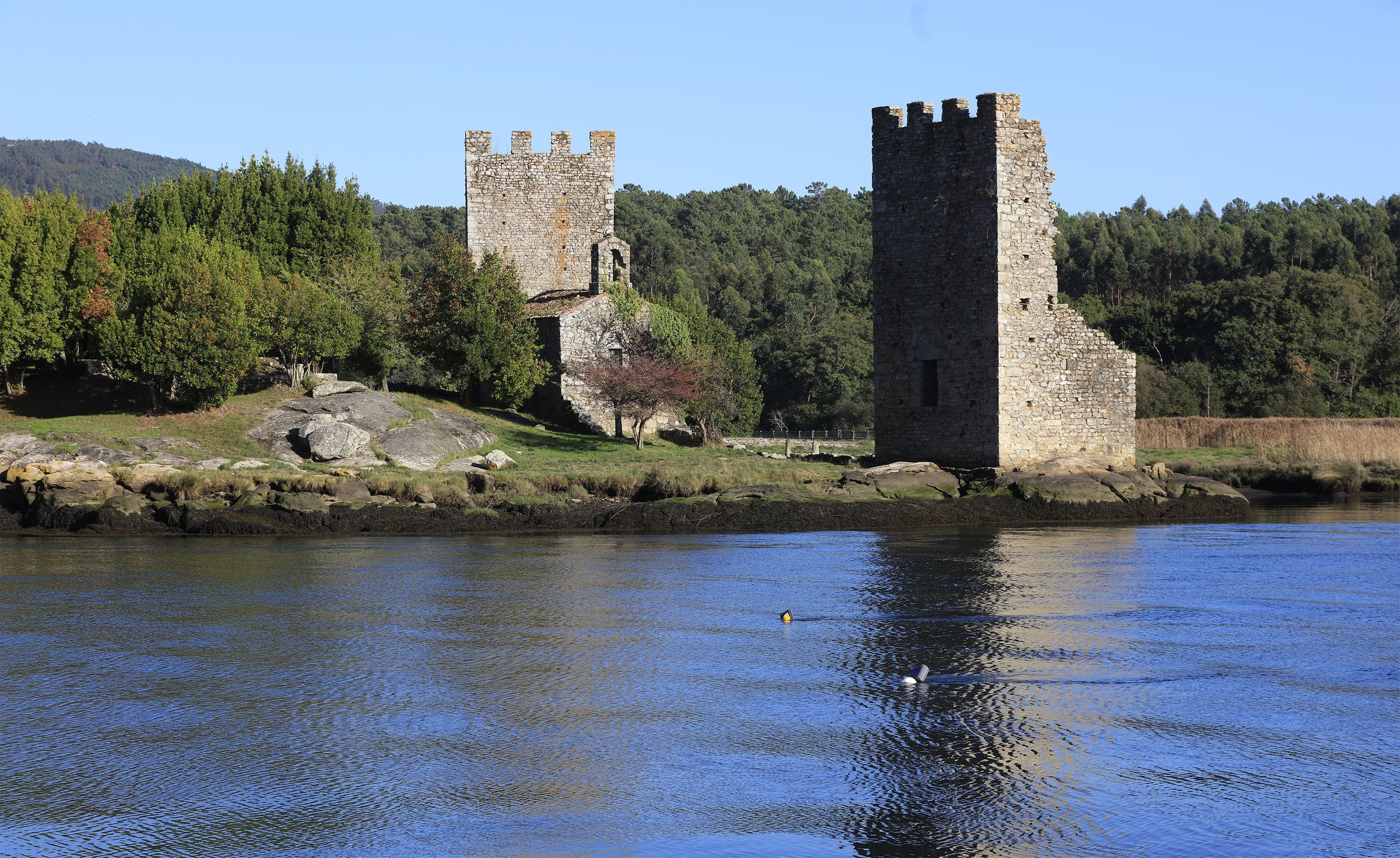 An important marketing campaign was conducted to promote the festival abroad, and the event was declared Festival of International Tourist Interest in 2002. At the beginning, Catoira was twinned with the town of Frederikssund, the one with the greatest Viking tradition in Denmark, and the first drakkar was named after it. Today, it has relations with all the cities and towns with a Viking past. 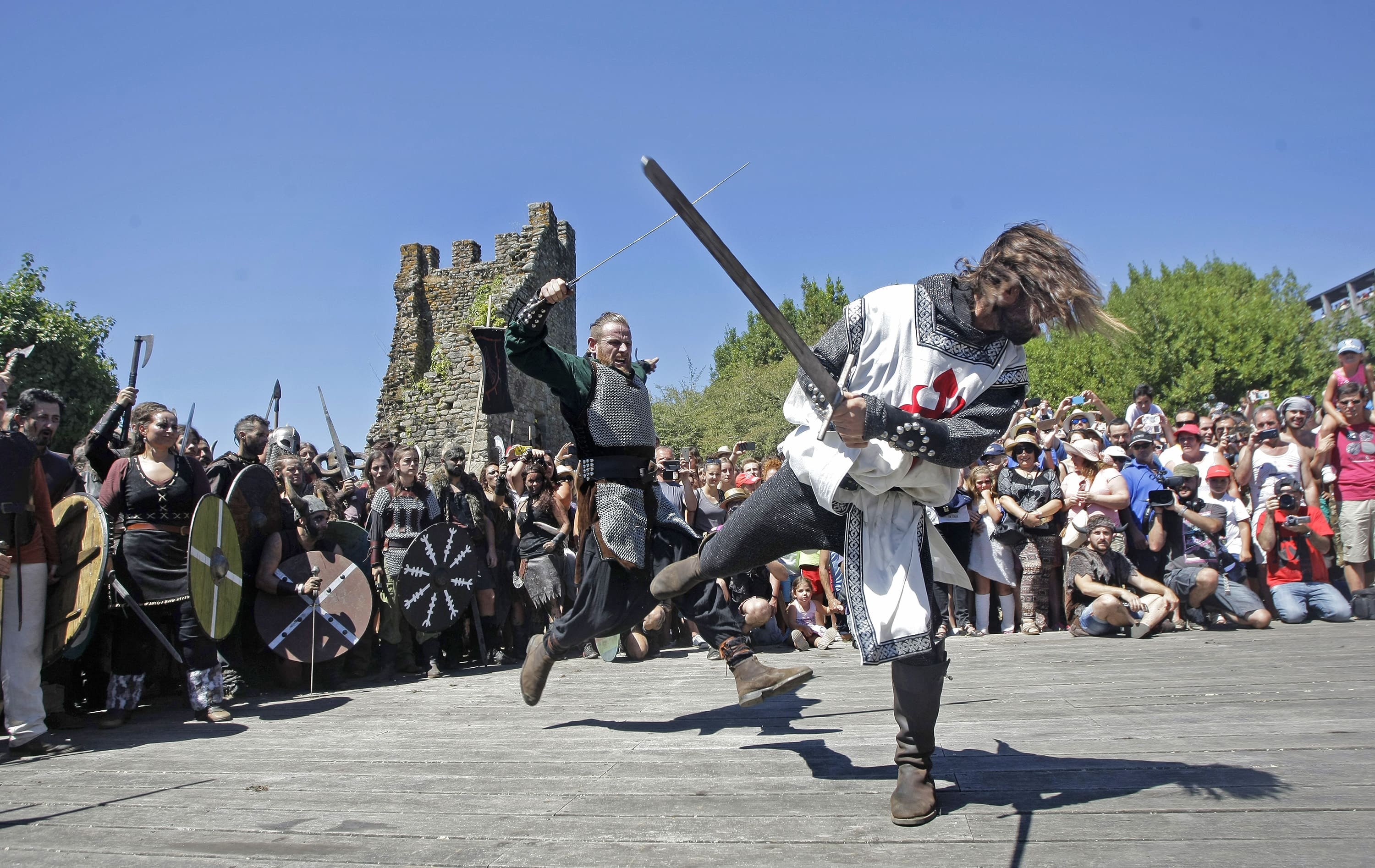 The Vikings sail towards the islets of As Lobeiras, where they plan the attack. Then, they head to the Torres do Oeste, escorted by a lot of boats gathered to enjoy the show. The drakkars make a tour before docking and the Vikings hit their shields with the swords, which are raised as a threatening signal.

When they reach the shore, the northerner pirates jump off and run to find their loots: barrels of red wine. They pour this wine in helmets or horns and this is the beginning of a big show broadcasted by Galician and international media. Be ready to have fun!