The parish of Lérez, close to the town of Pontevedra, has two red-letter days: 21st March and 11th July. During these days, this place in As Rías Baixas honours Saint Benedict, the most miraculous and venerated saint. Hundreds of faithful Christians participate in this romería, popularly known as San Benitiño de Lérez.

This celebration was declared Festival of Tourist Interest in Galicia in 1998. Two of its traditions are especially important: the anointment of the finger in the oil lamp, placed beside the saint, which contains blessed and burnt oil with miraculous properties; and the tradition of crawling under the altar. The origins of this ritual are unknown, but they are commonly seen in a lot of processions in As Rías Baixas.

Another popular custom consists in seeking the saint's intercession by offering him different candles and wax figures with the shape of those parts of the body which have to be healed or protected . In addition, some people opt for rubbing a handkerchief on the image of the saint which will later be used to rub their own body. 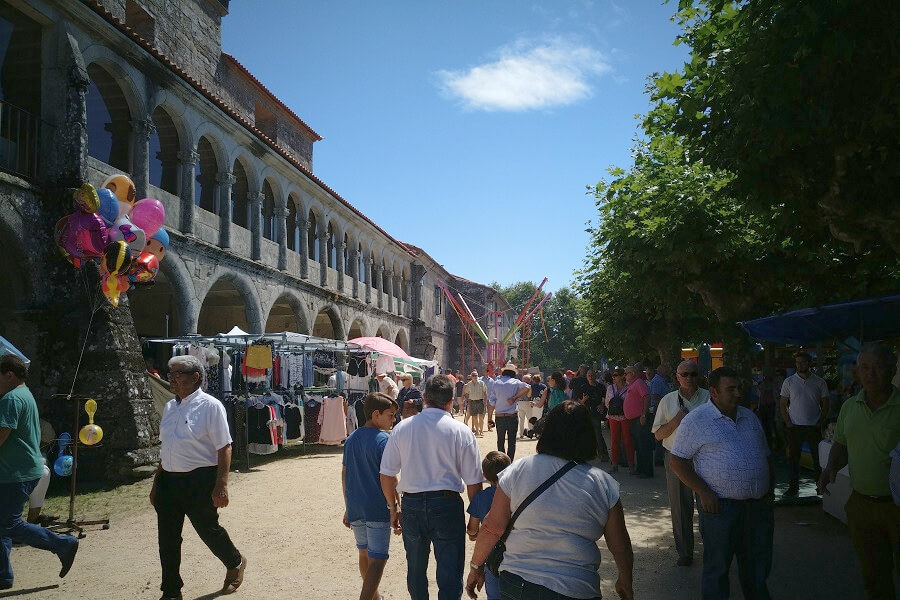 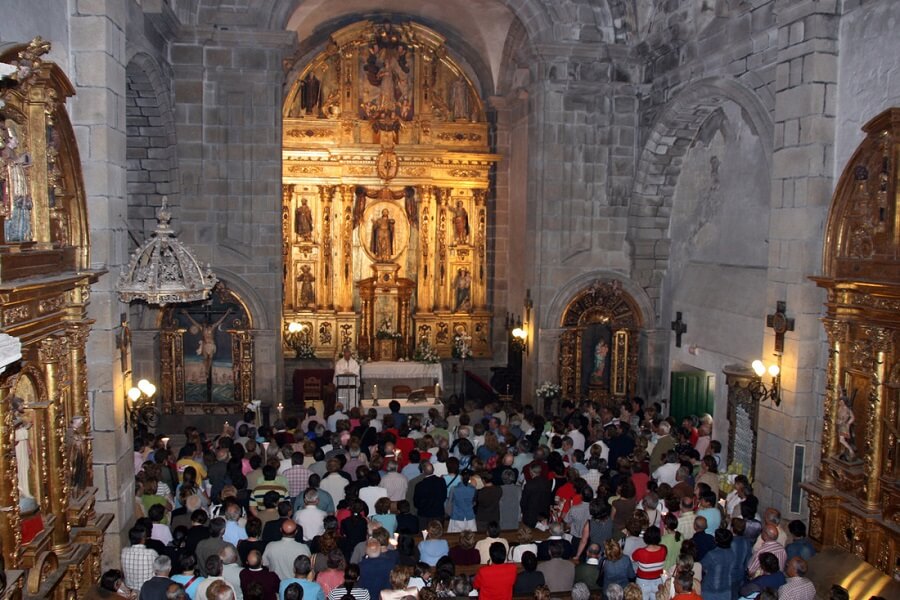 This feast is celebrated in many different parts of the province of Pontevedra. One important example is the romería of San Bieito de Pardesoa, in Forcarei. Besides the church services, Lérez procession, which gathers hundreds of worshipers, is also a remarkable event. The cult of San Bieito dates back to the Early Middle Ages and was fostered by the Cistercian Order. His power to heal any type of skin condition is well-known, especially warts.

In addition to devotion, as in any other romería in As Rías Baixas, in the one held in Lérez, gastronomy is also important, having different suggestions of local food. Families and friends enjoy lunch together in the surroundings of San Bieito Monastery .

It should be emphasized that this old Benedictine monastery combines baroque and neoclassical elements , as the result of the different alterations it has undergone. In fact, the church is neoclassical but has an 18th century baroque façade with an image of San Bieito.

A highly venerated saint in the province of Pontevedra

San Bieito de Lérez is the most well-known feast in honour of San Bieito in As Rías Baixas, although this saint is also worshipped in other places of the province of Pontevedra, attracting hundreds of believers coming from neighbouring towns and villages. San Bieito de Pedrasoa (Forcarei), Domaio (Moaña), O Mosteiro (Meis), Lores (Meaño), Cambados y Xaxán (Lalín) are among the most important . 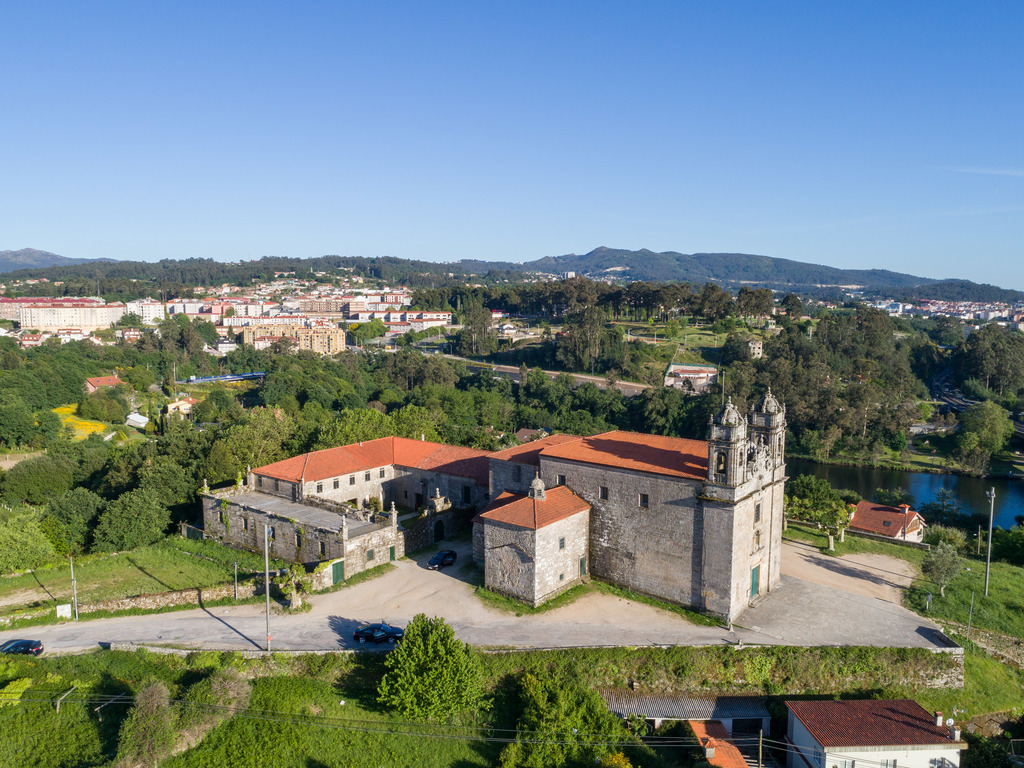