A dance with history in Darbo

The festival of the Dance and Contradance of Darbo had been abandoned for many years, until the neighbours, with the aim to preserve their ancient traditions, decided to recover this popular festival. This was not an easy task, since this custom was unknown by the new generations. Fortunately, thanks to the documents kept in the archives of the town, some photographs and the information provided by an old woman, the locals could retrieve this dance which, according to some historians, may be several centuries old. 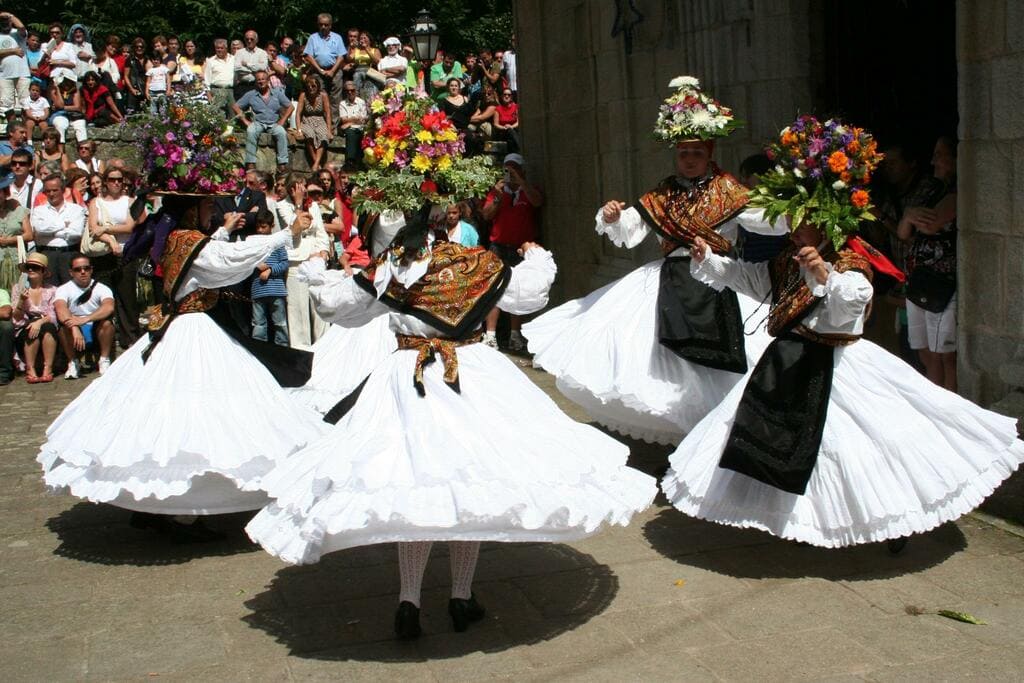 Today, this tradition, which has passed down from generation to generation, is regarded as one of the oldest traditional dances, not only in Pontevedra, but also in Galicia.

The dance takes place after the solemn mass and the procession, usually after noon. Ten galáns (male dancers) and five damas (female dancers) perform the dance and contradance before the church. Unlike the dance performed in O Hío, in Darbo women also participate in the performance. The group is accompanied by a guide. They follow the rhythm of the music played by a bag-piper and a drummer.

By popular demand, the dance is repeated around seven o'clock in the afternoon, after the mass. It lasts about 45 minutes, the same that the one performed in the morning.

Attire
Men wear a hat with a feather and earrings. Whereas some believe this clothing is a symbol of wealth, others think that they are dressed like that because in the past women were not allowed to dance, due to the church's ban. Women wear shirts, petticoats and skirts with wide lace edgings, and a shawl and a hat adorned with fresh flowers (different from the hats worn in the Dance of O Hío) made by themselves only a few hours before the performance so as to keep the bright colour of the flowers. 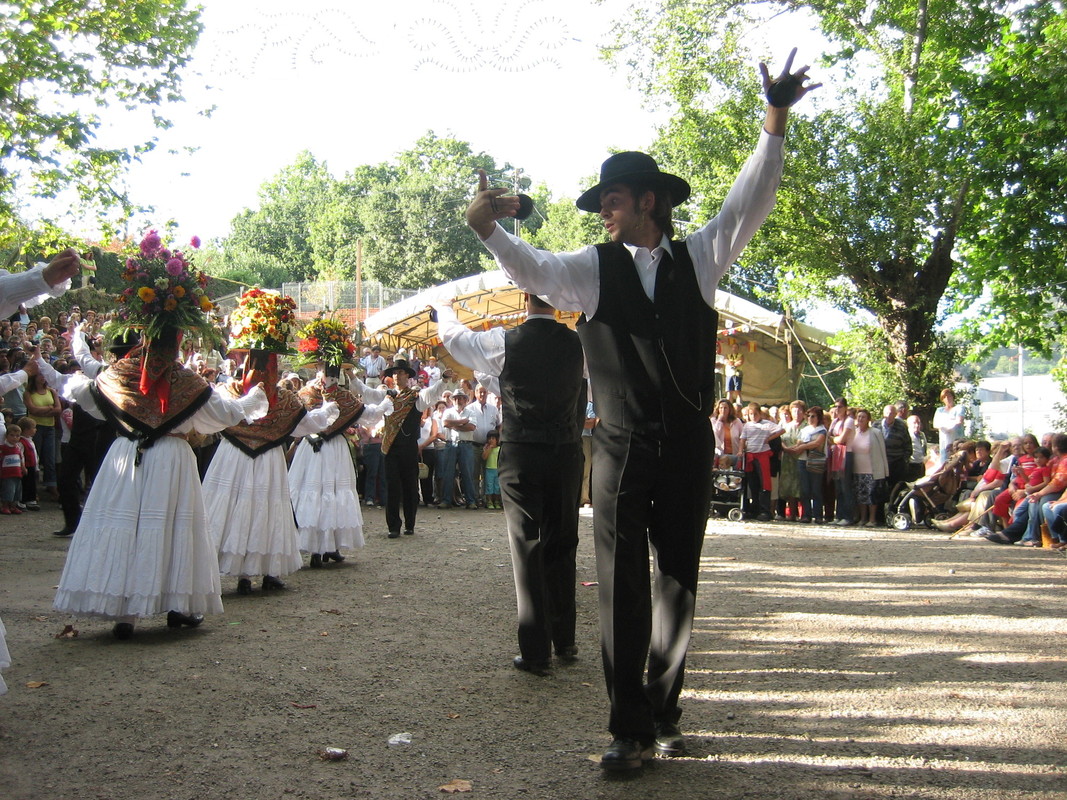 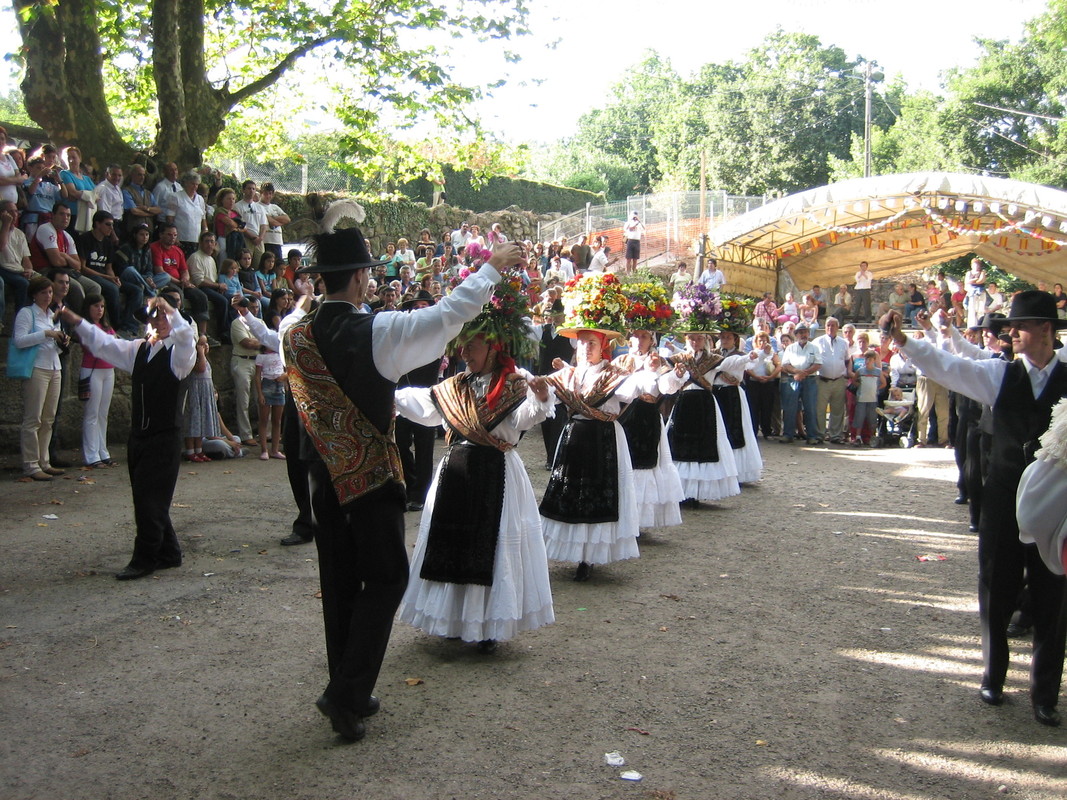 Festival
Regarding the rest of the activities, the opening of the festival and the traditional chupinazo (inaugural rocket) takes place on the 6th of September at night. Last year, a queimada (a traditional Galician hot drink made with flamed orujo, sugar, coffe and lemon) festival was also held. On the following day there are fireworks, concerts and an evening party. However, the great day is the 8th of September, when the two sessions of dance and contradance take place, in the morning and in the afternoon. On the 9th of September a solemn mass and a procession take place, followed by an evening party, which marks the end of the festival.

To do and see
The parish of O Morrazo is one of the most beautiful areas in As Rías Baixas, with heavenly beaches located in the coastal area of A Costa da Vela, such as Melide, Nerga or Liméns. You can walk along the coast until you reach Cabo Home or go up to the lighthouse located in Punta Robaleira. On the opposite shore, you find the beaches of Menduíña or Areabrava, among others. The views from O Facho Hill and the castro (celtic pre-Roman settlement) are wonderful. Another good option is the visit to the Udra Cape, which is a little farther on but is well worth a visit.