Every year, traditional threshing is re-enacted in the town of Lalín. More than 70 locals wearing period dresses perform this deeply rooted activity, which is considered essential for bread making. The Festa da Malla Tradicional (Festival of Traditional Threshing), listed as a Festival of Tourist Interest in Galicia and organised by the Ethnographic Museum Casa do Patrón, is held in the village of Codeseda on the second to last Saturday of August. 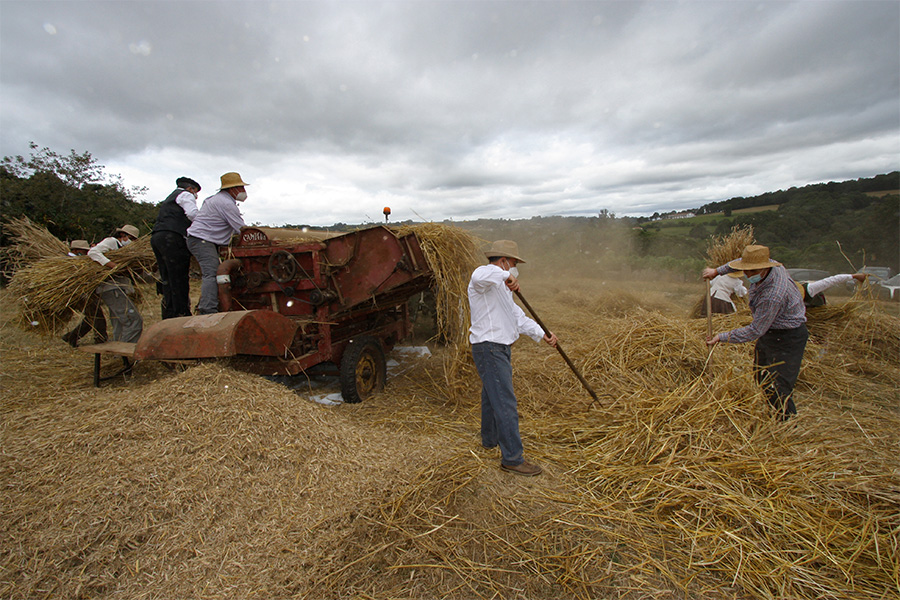 Threshing consists of loosening the edible part of the grain from the straw to which it is attached. Locals used to work together to carry out this task, which had been the most important community work in Galicia for centuries and crucial to sustain the family. Rye was milled in the river mill and, finally, baked in the firewood oven. There are several traditional methods from the region of Deza, the early ones were by hand beating the grain with a stick, and later on threshing was mechanised. Thus, during the Festival of the Traditional Threshing these methods are shown in chronological order: first, by means of threshing stones, used by the inhabitants of the castros (pre-Roman settlements in Galicia); then, using a manlle (flail), using manual tools; threshing and winnowing tools; and, finally, threshers.

Awards for the best period costumes

This festival not only serves to recover this tradition, which starts with the preparations (gathering and tying the hay into bundles, transporting it, and building the haystack), but goes beyond the re-enactment itself, thus becoming a great ethnographic, gastronomic and festive day. Moreover, other side activities are held, such as exhibitions of Galician craftwork, of threshing machines and engines, and another one of paintings linked to the bread making process.

The festival includes a historical re-enactment, several exhibitions, a community feast and the Serán da Malla, with concerts of traditional music.

A historical re-enactment of the threshing process is held, performed by the locals from the village of Codeseda, in the parish of Doade, and by other people from other parts of Lalín. Then, awards are given to the best dressed woman and man in period costume, followed by a community feast held under a marquee, with stunning views of O Asneiro valley. In the evening, the festival ends with the Serán da Malla, featuring several traditional bands from the region of Deza. 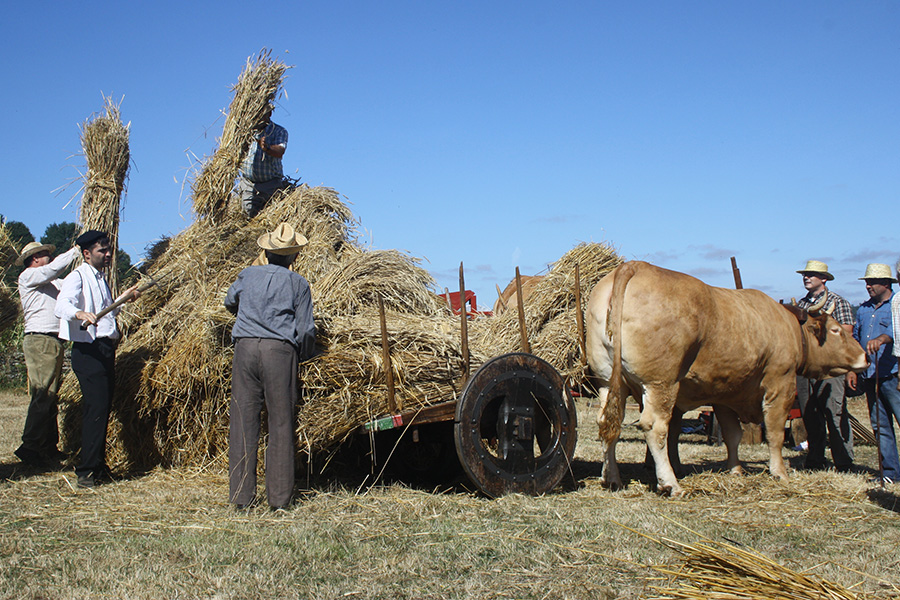 From sowing, in April, to bread baking

LThis work is carried out in a place of great environmental value and is considered the most important moment of the bread making process, which is re-enacted every year at the Ethnographic Museum Casa del Patrón. This process starts with rye sowing, in April, and continues with the tying of the bundles, in July, threshing, in August, milling and, finally, bread baking.

Thousands of visitors gather in the festival of Codeseda, situated in the centre of Galicia. It is recognised as a Festival of Tourist Interest due to the singularity and quality of its re-enactments, the number of participants, its cultural value, for being a deep-rooted event, for its facilities, equipment, innovative nature, the urban and natural environment in which the event takes place and the good promotion of the event.