“Camiño A Dentro” is an initiative promoted by the Deputación de Pontevedra that emphasises the value of the traditional Portuguese Way and the Portuguese Coastal Way, recognizes the work of female artists that have focused their art on the rural spheres and on our heritage, and favours their meeting and co-creation with the local community and with the pilgrims that are on the Way of Saint James.

Contemporary culture, the Way of Saint James, community, our tangible and intangible heritage, nature and the richness of our land, social and collective memory… All these concepts merge at the core of “Camiño A Dentro”, subsidised by the Xunta de Galicia inside “O Teu Xacobeo” program, which puts the spotlight on the people that come to our province through the Way of Saint James, as well as those that welcome, take care of and accompany pilgrims from their local spheres.

Click to learn more about the artists, dates and places of the art events, and get into the Way!

The author: Dores Tembrás (Bergondiño, 1979) has a Bachelor’s Degree in Spanish Philology and developed her researching career at the University of A Coruña, publishing many articles about Alejandra Pizarnik’s poetic works in many books of proceedings, scientific journals and collective volumes dedicated to Hispanic-American literature. In 2009 she published her first poetry book, O pouso do fume, which was finalist for best poetry book category in the Galician Writers Association (AELG) 2010 Awards, along with Deter o día cunha flor, by Luz Pozo Garza.

She participated with the micropoetry book Esquiagrafías in the literary magazine Revista das Letras, as well as in the Elas anthology and several other magazines and collective volumes. In 2014 she created, together with the writer Antía Otero, the cultural project “Apiario”, including an area dedicated to education, with courses on creative writing and poetry, and another dedicated to book publishing.

The project: This project is a chronicle, the registration of a way that repeats itself, identically, for years. It is traced through words and images in a very precise cartography: gaze-research-writing. The question is the realization of a beat that encourages reflection. The encounter can only take place in solitude.

The author: Reader since she has memory, it was not until 2008 that Carmen Quinteiro (Pontevedra, 1970) started writing, first as an outlet and then as a way of accompanying what she is living, feeling, discovering, forgetting and learning. Poems, micro-stories, aphorisms and short stories compose the spectrum of what she has being exploring up until now in a literary sense.

In her poetry recitals and presentations she collaborated with a great number of professionals from the music, performance arts and writing fields, performing unconventional poetical actions that are even turned into performances. She has published two books: Caleidoscopio (2015) and Desde esta orilla (2016).

The project: An intervention art project on the street that draws from the idea that our inner self is a home to which we can come back to just by taking a small step inside. A small stop, an invitation to make a decision, enter and feel. Music and lyrics, a path in present, emotion and joy.

Activity: Art installation during the day with participation of the audience

The author: Bachelor in Applied Arts at the Escola Superior de Artes Pablo Picasso in A Coruña. The work of Ruth Montiel (Ribeira, 1977) was exhibited in cultural institutions such as Kulturmodell in Passau, Germany; the Memory Museum in Rosario, Arxentina; Calcografía Nacional, La Casa Encendida, Matadero and the Hispanic-Colombian Centre in Madrid; the Cristina Enea Foundation in Donostia; the Antigua Capilla de la Beneficencia in Logroño; the MAC in A Coruña; the Cidade da Cultura in Santiago de Compostela and the Museum of Pontevedra, among other entities.

The work of Ruth Montiel Arias proposes, through installations, ephemeral actions, videos or photos the action of human impulses in nature, such as the desire for possession and power, focusing on the ethical aspects of political and institutional practices, the consequences of our actions on an overexploited planet, etc. Animal and environmental activism are a common topic both in her work and her lifestyle.

The project: The installation, expressly conceived for the botanical garden of Caldas de Reis, is inspired by the Way of St. James through the region of Galicia and, more specifically, by one of its most distinctive trees, the oak. The installation aims to expose the uncontrolled burning that devastates Galicia.

The authors: In the summer of 2015, after seeing that they shared similar ideas and interests, they decided to put their training into action. Their innovative project is centered on the idea of making quality music through performances that reach the public. They cover a wide repertory containing pieces of different styles, from the classic period to the modern and contemporary, and complement them with works made by themselves like Pollistes gallicus, a piece for vibraphone and percussion played for the first time the 25th of December in Sada.

The project: A journey through the consciousness and joy of each step, the here and now. The music of Dúas and a video created by the graphic designer Bea Seijas reflect the importance of living in the present and enjoying the magic of small things, like the breeze on your face, a caress, the sound of the sea, feeling the sand under your feet…

The production of María Meijide (Santiago de Compostela, 1978) could be placed under the label of figurative realism with autographical traces. It consists mostly of paintings (although there are some photographs, illustrations and texts as well) and is structured around two main topics: production of travelling-related work, with a quick and itinerary execution, and production of domestic-related work, made in a workshop. In the first section we can find a wide group of projects centered on journeys (Rumbo Zacatecas, Cacheiras-Dakar, graphic diaries, etc.). In the second one, there are productions linked to the idea of household and everyday life (still life, interiors, portraits of family and friends, intimate scenes, etc.).

The project: Oia usté! is a graphic diary composed of chromatic narrative and texts, a piece that describes some of the aspects of life in the municipality of Oia: the views to the sea, the walking pilgrims, the donkeys Cuca and Carolo, the memories contained in the stones of the monastery (the jail, according to the locals), and much more.

The authors: Inherente Teatro was created in 2016 by Noelia Blanco, Celina Fernández and Pía Nicoletti, three actresses that graduated in the ESAD (Galician School of Dramatic Arts) whose work is grounded on collective creation and new theatre languages. They were finalists in the VIII Certamen de Novos Investigadores Teatrais in Seville with their first play, Dramaturxia das Mulheres (Women’s dramaturgy), and they participated in many theatre festivals like the 28th edition of the FETEGA (Galician Theatre Festival), or the 34th Mostra Internacional de Teatro Cómico de Cangas (Cangas International Festival of Comical Theatre) with the play they created in co-production with said Mostra, Agares que buligan gozando ao son dunha habaneira que non é (Agars fidgeting around and enjoying the sound of an habanera that is not).

They combine their work as performers with giving lessons in scenic creation formative workshops and collaborating with other companies to develop new theatre pieces.

The project: Rosa, Carmiña, and Josefina often keep company to the doves at the square every afternoon when it doesn’t rain. One day, they find an unexpected object that leads them to make a decision that will change their lives irremediably: the Way of St. James. Cast: Noelia Blanco, Noa Covelo and Pía Nicoletti.

The author: The exchanging relationships of human beings with their surroundings and the landscape that originates from said relationships is the main topic reflected upon the work of Lucía Loren (Madrid, 1973) in recent years.

The project: This intervention project consists of an installation formed by wooden sticks intervened with words and bundles filled with earth from different paths made by the students of the School of Fine Arts of Pontevedra.

The author: Carla Andrade (Vigo, 1983) participated in several artist-in-residences in Iceland, Sweden, Bilbao, La Rioja, Nepal, Chile, Barcelona and Paris. She exhibited her work individually in the MAC of A Coruña, the Cité Internationale des Arts in París, the Colegio de España in París, the Galería Trinta in Santiago de Compostela, the CDAN in Huesca, the Casa das Artes in Vigo and the Fundación BilbaoArte, among others. Her pieces were also displayed as part of collective exhibitions in many contemporary art centres such as the Guggenheim Museum, in Bilbao, the 12 Star Gallery, in London’s Europe House, the MARCO, in Vigo, the 104, in París or the Sala Amadís, in Madrid.

The project: The Way of St. James is a combination of moments and interstices, and Nigrán is one of the many geographic points that one has to go by to eventually cross the finish line. This projects intends to depict that estage of the Way focusing on the immanent particularities of everyday life in this place.

The author: Nastasia Zürcher (Geneva, 1988) is a Galician-Swiss singer and composer that won and was nominated twice for the Premios Martín Códax da Música (Galician Music Awards, “Blues, Funk & Soul” and “World Music” categories). She has recently published her second studio album, BEAT, an LP that navigates genres like neo soul, contemporary R&B and world music.

In her promotional tour #TheBEATtour, which has taken her to festivals such as the Festival Noroeste and the 17th edition of the Festival Ribeira Sacra as well as to nightclubs like Sala Capitol, Nastasia Zürcher surrounds herself with first-class musicians to offer a powerful and highly acclaimed show featuring, once again, her own compositions under the watchful eye of arranger and producer Adrián Saavedra. Together with Saavedra, she turns her album into a special live format in the shape of a duet to achieve a more urban, fresh sound, building her beats with pads and loops created on the spot.

The project: Born from complete creative freedom, Nastasia breathes life into a neo soul piece with a world music essence, in which fusion is synonymous with naturalness and journey, a piece in which the act of searching and finding oneself in the different sounds materialises in music that is different and totally sensorial.

The author: German actress, creator, performer and artist, living in Santiago de Compostela since 1999. Helen Bertels (Kottbus, Germany, 1978) worked and was trained as an actress at the Matarile theatre company, the Galán Theatre, the En Pé de Pedra International Festival and the Catalunya Cinema Studies Centre (CECC). Then, she decided to expand her horizons and diversify her artistic activity prioritising what she wanted to express, which has always have a close connection with the world of women.

The project: At some point after a long bath in the sea of tears I had unconsciously decided to never come back here. I was determined to look at the beautiful gate that I had created to let in the fascinating world of paradoxes only from the outside, as a finished work. 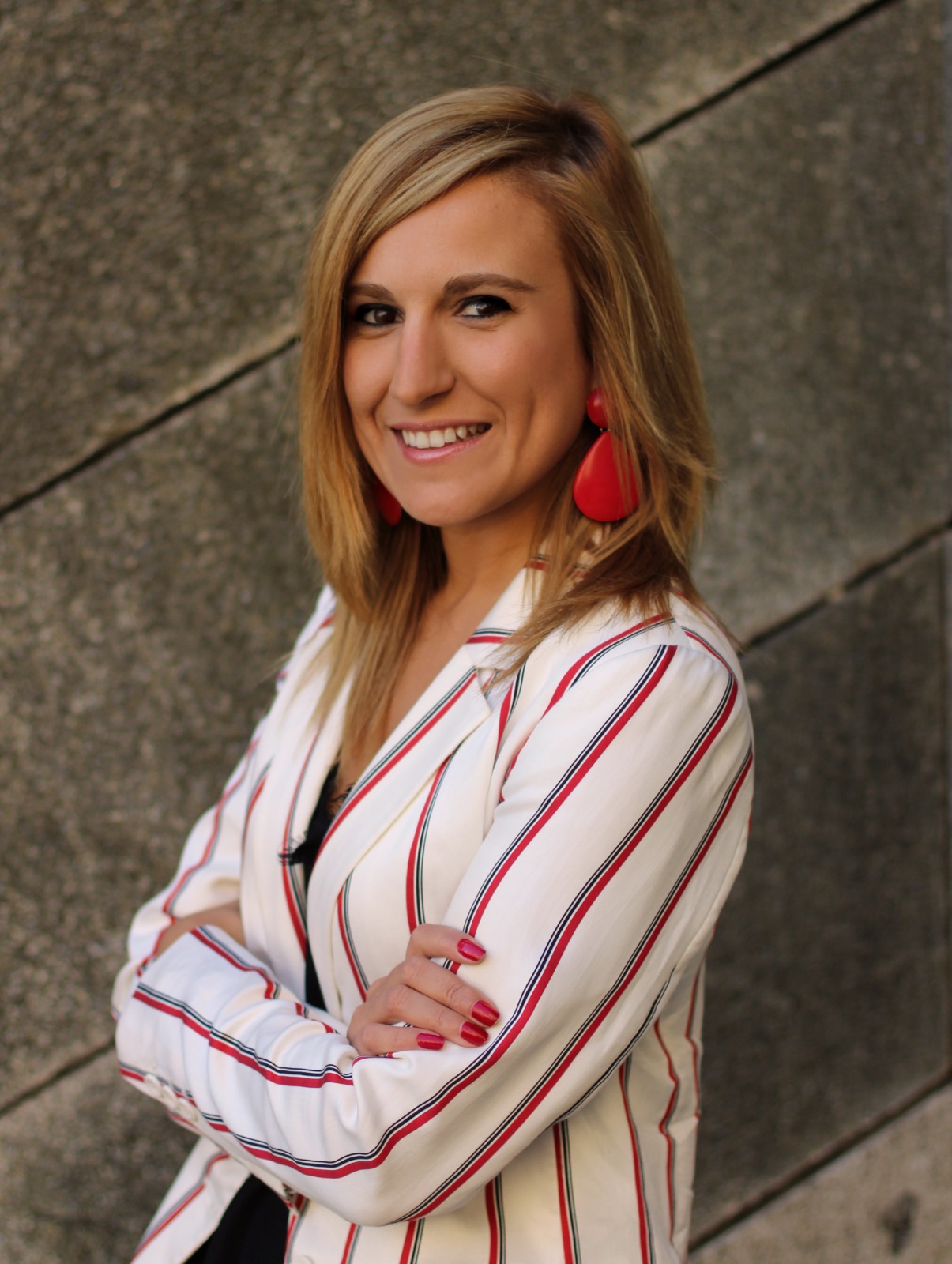 She has worked as an exhibition curator in various cultural institutions (like the Museum of Pontevedra and the Marcos Valcárcel centre in Ourense, among others) and has been a speaker in conferences and seminars throughout Spain and Portugal since 2011.