Rías Baixas boasts a wide variety of seafood of excellent quality. The Designation of Origin ‘Mexillón de Galici’a protects the mussels cultivated in a traditional way in the Galician rías (coastal inlets). Up to 3,000 bateas (floating wooden structures with ropes) are present in the rías, and two thirds of them in the Ría de Arousa, the main production centre.

Clams and oysters are other great bivalve delicacies. Different varieties of clams can be tasted (among them, pullet carpet shell, Japanese carpet shell and grooved carpet shell) throughout As Rías Baixas, although the ones from O Carril (Vilagarcía de Arousa) are particularly famous. Oysters are cultivated mainly at the seabed of the Ría de Vigo, in the place of Arcade (Soutomaior). Variegated scallops, scallops, queen scallops, razor shells and cockles are also highly appreciated molluscs that can be found in the restaurants of the province. 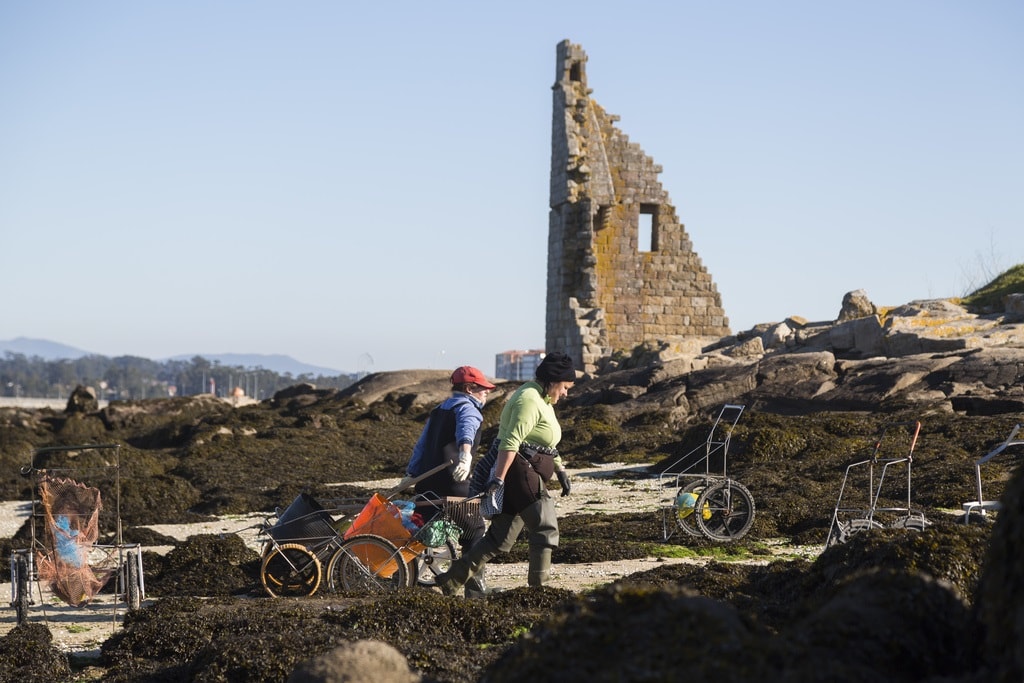 Goose barnacles, shrimps, prawns, spider crabs, lobsters, lobsters, brown crabs and small crabs are part of the exclusive list of seafood in As Rías Baixas. Shellfish gatherers extract molluscs and crustaceans in various ways: on foot, on the shores at low tide, and on the rocks; afloat, by boat; scuba diving and in the bateas, in the case of mussels.

All of them, just like the previous ones, are high quality products that can be tasted in dozens of festivals, many of them of Tourist Interest. The Festa do Marisco (Seafood Festival) in O Grove, of National Tourist Interest, is the most famous. Other examples worth mentioning are the Lobster Festival, in A Guarda; the Scallop Festival, in Cambados; the Mussel Festival and Cockle Festival, in Vilanova de Arousa; the Clam Festival, in O Carril; and many more.

The sea urchin is also abundant in As Rías Baixas. Its pure sea flavour makes it a titbit that can be tasted in the province and is highly appreciated in other countries.